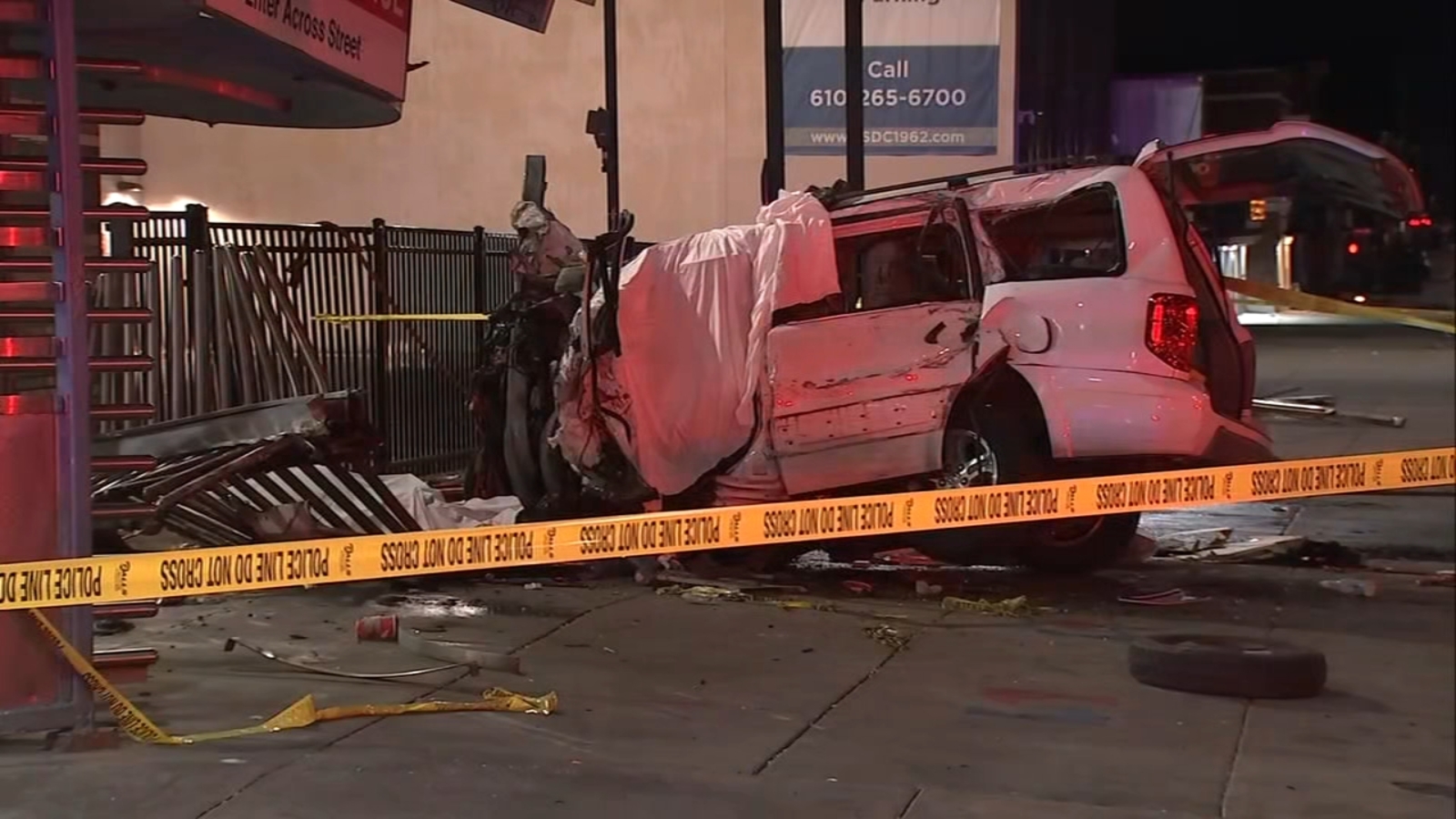 PHILADELPHIA (WPVI) – Three people have been killed after a runaway SUV crashed into pedestrians and then a SEPTA station in the Kensington section of Philadelphia.

A police officer patrolling the area saw a white SUV driving at high speed on Kensington and East Allegheny avenues around 2:45 a.m. Tuesday.

Police say the SUV jumped a curb and hit three pedestrians who were on the sidewalk.

The SUV then hit the turnstile at SEPTA’s Allegheny Station before crashing into the station itself and catching fire.

“It sounded like a bomb went off and everyone started running,” witness Ariana Kmecak told Action News. “Once it settled down, people started walking closer to it. When they saw the car, they started running over it.”

Police say the male driver of the SUV was killed.

Two pedestrians, a man and a woman, were pronounced dead at the scene.

“There is a male body just in front of the vehicle. That body was clearly decapitated. The body is clearly mutilated and appears slightly burned,” said Scott Small, superintendent of the Philadelphia Police Department.

A third pedestrian, a 53-year-old man, was taken to Temple University Hospital with serious injuries. He is registered in stable condition.

Authorities say they have surveillance video showing the crash.

A large crack can be seen in the brick wall of the SEPTA station.

The Permits and Inspections Department has been summoned to check the structural damage at the station.

The area is closed to traffic and SEPTA bypasses the train stop as police continue the investigation.

MFL: All trains will bypass Allegheny Station due to police activity.