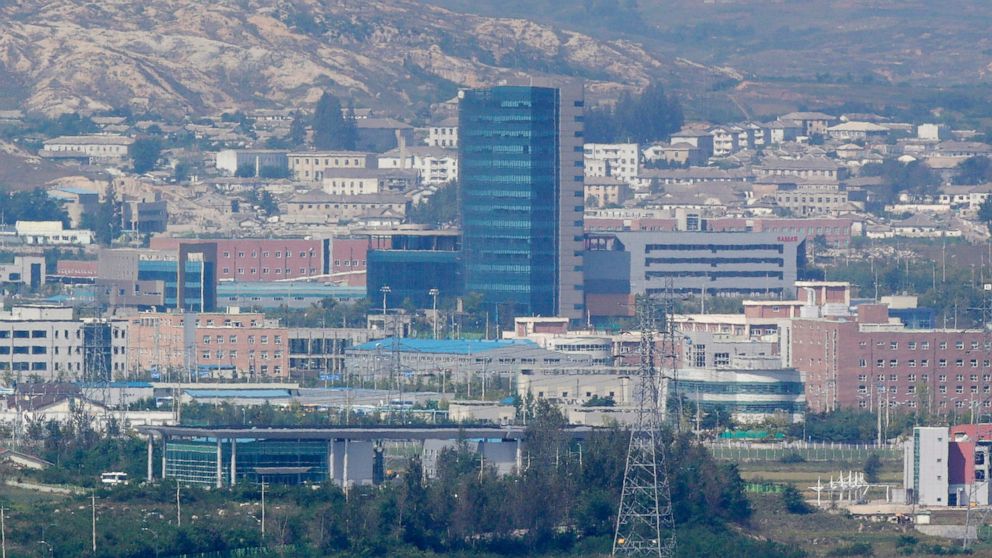 SEOUL, South Korea — A fire broke out at a now-closed inter-Korean industrial park in North Korea on Thursday, but it was not immediately clear whether South Korean property was damaged, officials said.

The fire was discovered around 2 p.m. from a South Korean frontline observatory and appeared to have been extinguished about an hour later, the Seoul Ministry of Unification said.

The ministry, which oversees relations with rival North Korea, said it will try to confirm any damage to the complex in the city of Kaesong. North Korean state media did not immediately report the fire.

Established in 2004 during a period of warm ties between the divided Koreas, the industrial park was once seen as a test case for reunification as it combined South Korean technology and know-how with cheap North Korean labor. The complex’s operation was suspended in 2016 due to tensions over North Korea’s weapons program, leaving South Korean equipment and other assets there.

South Korean businessmen who ran businesses in the park have repeatedly expressed a desire to visit the complex over concerns about the condition of machinery and manufacturing materials left there. A planned visit approved by the South Korean government in 2019 was canceled after North Korea ignored the request.

In 2020, North Korea threatened to dismantle the entire factory complex and then blew up an empty liaison office built in South Korea.

South Korea has accused North Korea of ​​destroying facilities owned by South Korea in another dormant jointly managed project – a resort in North Korea’s scenic Diamond Mountain, where they organized tours together.

South Korean officials said they have discovered no signs that North Korea is demolishing South Korean property at the Kaesong industrial park. South Korean media reported that authorities believe the fire in Kaesong was not started deliberately.

Earlier Thursday, Kwon Young-se, who has been nominated as minister for unification under South Korea’s incoming conservative government, said the South must take a stronger stance against North Korea over damage to South Korean properties in Kaesong Park and the Diamond Mountain resort.