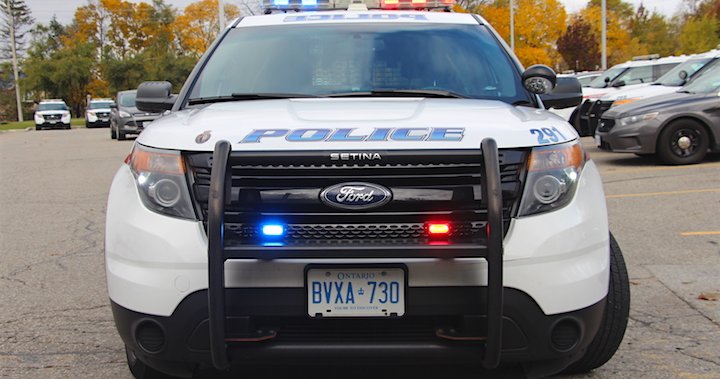 An 82-year-old woman died Wednesday morning after being hit by a car in Richmond Hill, police say.

York Regional Police were called to the scene around 8:35 a.m. for the fatal collision between a car and a pedestrian near the Morgan and Dudley Avenues intersection.

Police said an 82-year-old woman from Thornhill was hit by a gray Honda Civic and taken to hospital where she was pronounced dead.

The driver of the Honda Civic, a 35-year-old woman, remained at the scene and was not injured, police said.

Investigators from the large investigative unit of the York Regional Police are calling on witnesses and images to aid their investigation.

Police say no charges have been filed against the driver.