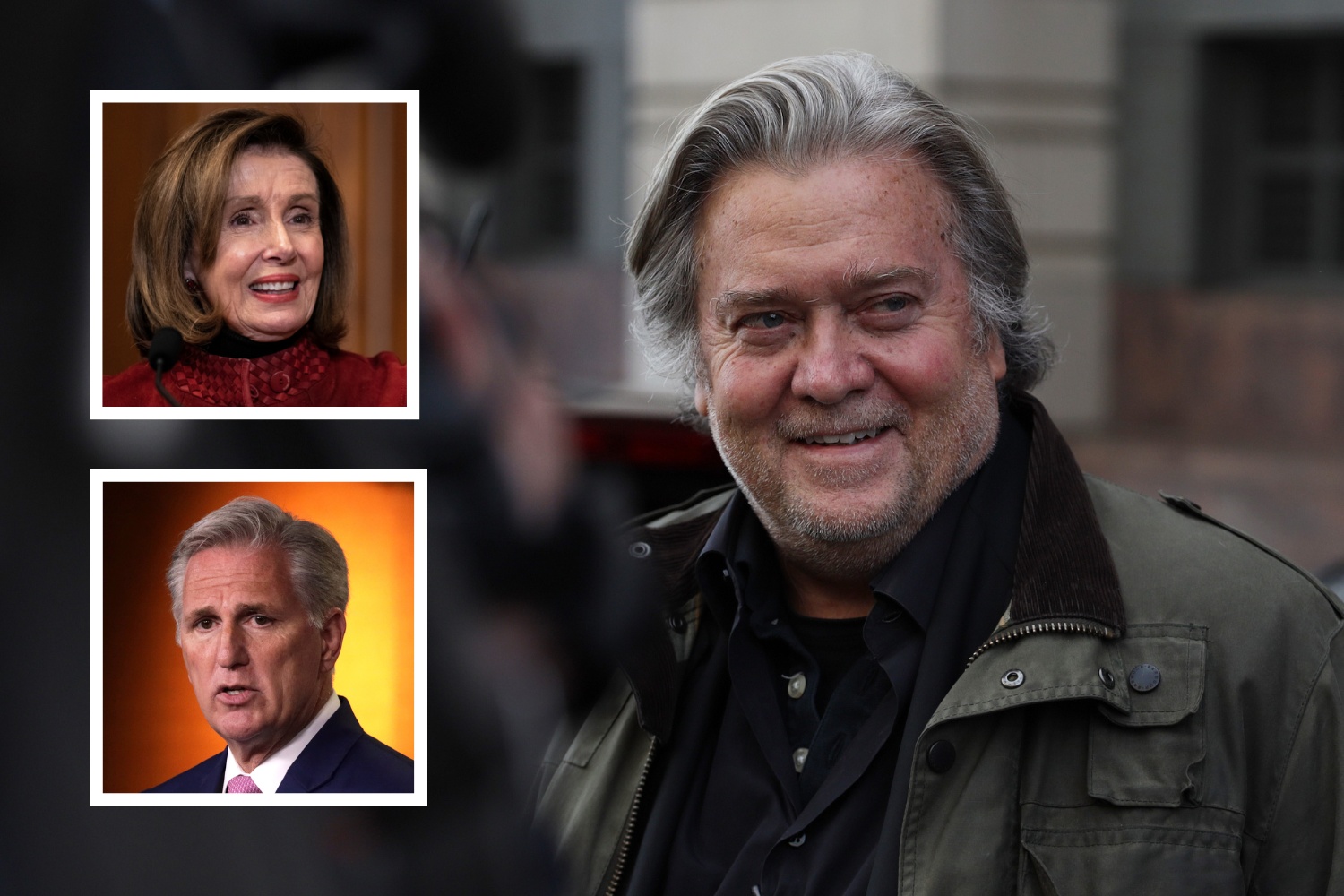 “The Senate has been ‘weighing and measuring’ Kevin McCarthy as speaker for the past few weeks and today they’ve passed their verdict — they’d rather let Nancy Pelosi rule for another year… pathetic,” he wrote on Getter Thursday.

Bannon, who served under the Trump administration, made his remark the same day the Senate passed the $1.66 trillion omnibus bill, with the votes of 18 Republican senators, in an effort to avoid a government shutdown.

The House on Friday passed the bill by a vote of 225-201-1. Nine Republicans voted “yes” to the bill, while New York Representative Alexandria Ocasio-Cortez was the only Democrat to vote against.

On Friday, Bannon attacked Republicans who supported the spending package, which would provide funding to federal agencies until September 30, 2023.

It is deeper and more insidious than simply the voices of 18 traitors – this Omnibus could have been stopped and the fact that no real, concentrated, meaningful effort has been made to stop it shows you the rot and dysfunction at the core of it. system…,” he wrote on Getter.

McCarthy, who is generally supported by former President Donald Trump, also opposed the bill, saying last week that Senate Republicans should not vote in favor of it. McCarthy’s tensions rose with Senate Minority Leader Mitch McConnell voting in favor of the bill Thursday, when he criticized the Kentucky Republican for wanting to pass the bill before Christmas.

The House minority leader argued at the time that Senate Republicans could instead vote for an emergency measure that would pause federal funding levels until January, when the GOP takes control of the House majority, which they narrowly won during the 2022 midterm elections in November.

Despite tensions between McConnell and McCarthy, the Senate Minority Leader recently told reporters he would support the California Republican’s bid to become speaker, The Hill reported Tuesday. “Absolutely, I’m pulling for Kevin.”

For McCarthy to become Speaker of the House of Representatives, he needs support from more moderate Republicans representing the districts that President Joe Biden won in 2020. wants him to be the next Speaker of the House because he is not fully fulfilling the GOP’s agenda.

McCarthy on Wednesday urged Senate Republicans to believe in his ability to lead the Republican party in the House next year, The Hill reported. His plea reportedly came during a GOP luncheon in the Senate in hopes that Republicans in the House and Senate would work together in Congress next year.

“It was a unifying message. He talked about how we need to work together better than we did in the past,” Senator Rob Portman, an Ohio Republican, told reporters after the rally, according to The Hill.

Earlier this month, Democratic Representative Ro Khanna proposed having a “unity” candidate for the House presidency.

“I am open to the historic possibility of a unity candidate for speaker who puts the needs of the nation first with an agenda to make us a manufacturing superpower again, a technology leader and more self-reliant,” said the California representative who was recently re-elected told Fox News at the time. “The American people desperately want us to come together to solve big problems and ensure that we, not China, lead the 21st century.”