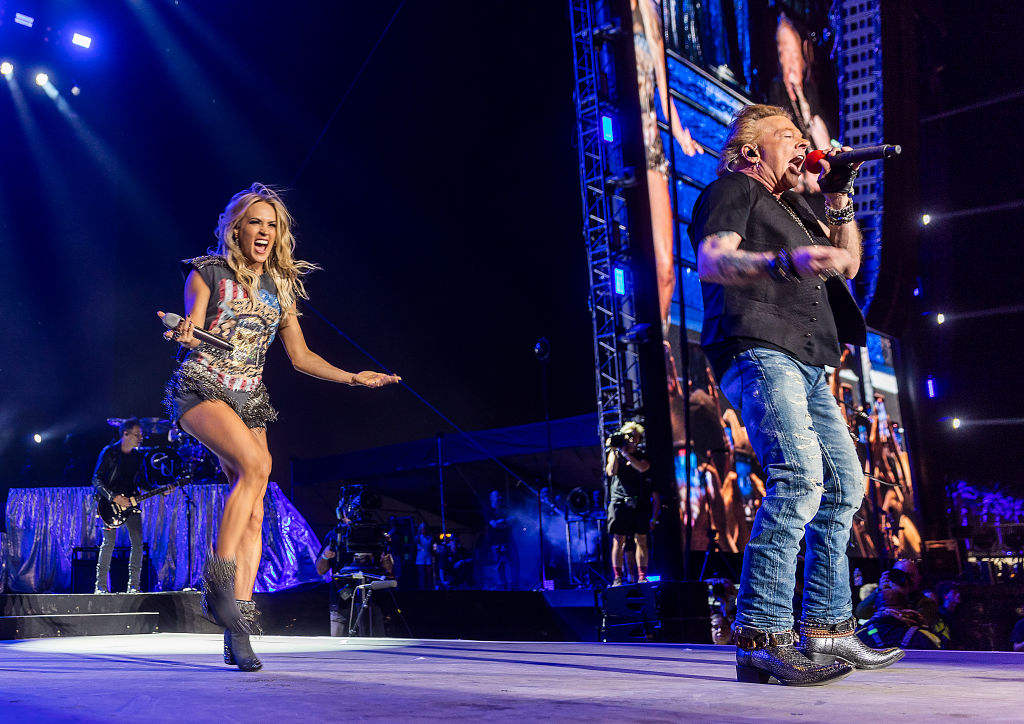 Earlier this year, Axl Rose joined Carrie Underwood on stage to perform two Guns N’ Roses classics during her headliner set at the Stagecoach Festival. On Friday night, the country singer did her a favor by making a surprise appearance on stage at the band’s performance in Tottenham, England.

Underwood – who was in the UK promoting her new album Denim and rhinestones — first appeared midway through GNR’s concert to perform “Sweet Child O’ Mine” with Rose and the band. “Ladies and gentlemen, from Nashville, Tennessee, Miss Carrie Underwood,” Rose said after the first verse of the song as Underwood came off the side of the stage.

She later returned during the encores to join the band for their finale, “Paradise City.” (Rose and Underwood sang the same thing) Desire for destruction songs together on Stagecoach, which Underwood called “the best night of my life.”)

Underwood, who regularly covered “Paradise City” and “Sweet Child O’ Mine” in concerts earlier in her career, has long been a big fan of GNR: During an apparition On The Tonight Show in 2020, she admitted to abandoning her family after her own lengthy tour to see Axl, Slash, Duff and company in concert.

“It was kind of a lifelong dream of mine that I never thought would happen,” Underwood said of the GNR reunion. After that show, Underwood even met Rose backstage. “It’s hard to meet your heroes because I consider him someone who taught me to sing,” she said. “But he was super cool and awesome and nice and we talked. We are best friends.”

Guns N’ Roses returns to Tottenham Hotspur Stadium on Saturday night as the band continues their European tour, the final leg of their ongoing reunion journey. Underwood’s own Denim and Rhinestones tour kicks off in October.