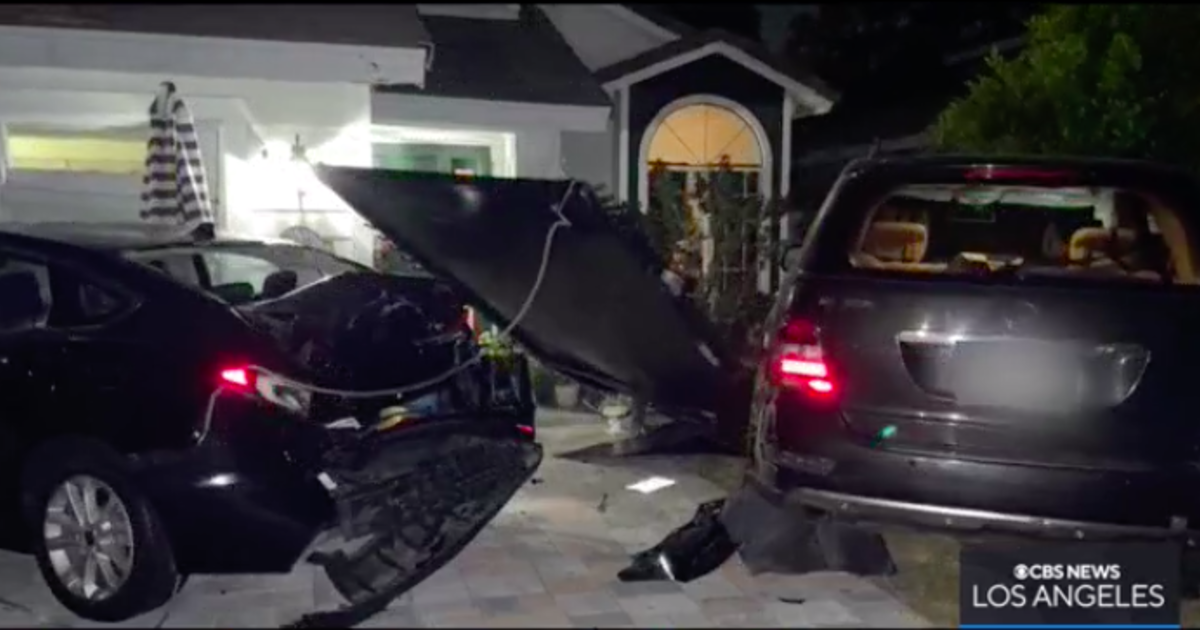 Authorities were looking for a suspect in connection with multiple hit-and-run clashes in Winnetka early Tuesday morning.

The incident was first reported just after 12:30 p.m. near Corbin Avenue and Hart Street.

He drove through the gate to the house, up the driveway and crashed into a parked car and the garage door. Moments after the second collision, the homeowner confronted the suspect, who allegedly ran away from the crime scene on foot.

“My car is a total loss,” said Adam Hunter, the owner of the home the driver ran into. “My garage collapsed, there’s stuff on the other side of it. I was going to have a garage sale, so there’s TVs and stuff we had to sell.”

Authorities now have the Mercedes in police custody, although no suspect has been found. They indicated that he is expected to be somewhere between 25 and 30 years old.

Officers also said there were both a tank of gasoline and fireworks in the trunk of the crashed vehicle.

No one was injured in both collisions.