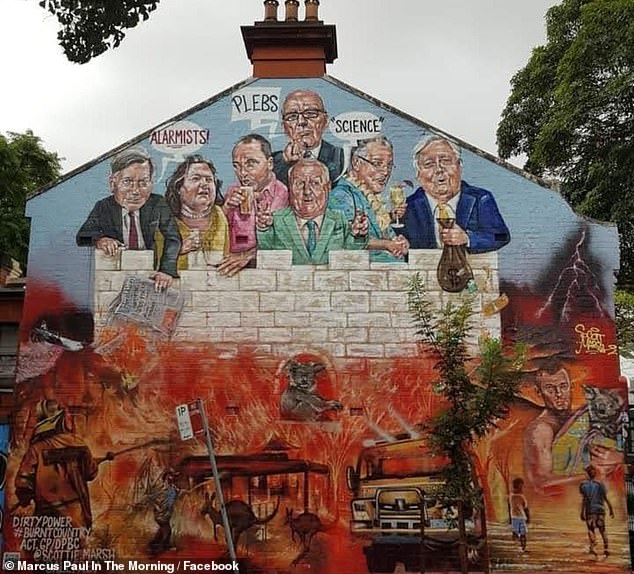 “Finally… the Australian environment now has a fighting chance,” the 2SM star wrote.

The mural shows the burning interior being hosed down by firefighters, as native animals such as koalas and kangaroos seek shelter, while another is rescued by a surfer.

It also shows a crowd of political, media and business leaders looking down from the top of an ivory sandstone castle tower while dismissing the danger. 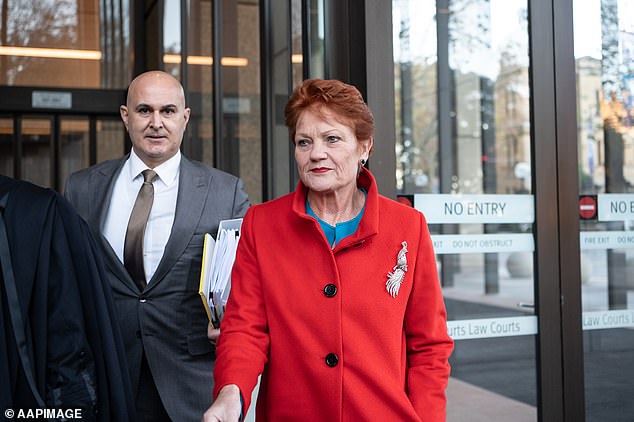 The post was liked nearly 1,700 times within hours of posting, but then Senator Hanson weighed in to tempt the radio host for apparent hypocrisy.

“We can’t stop the use of hydrocarbons without sacrificing life as we know it.”

Her post was liked twice as much as the original, with 3,200 thumbs up, laugh out loud and heart emojis from followers.

“Well said Pauline,” fan Dianne Bourke wrote. “The climate activists are not known for their brains and common sense, as you politely pointed out.”

And Shauny Bennet wrote: ‘Double standards for the virtue signalers. Different rules for the average Australian.’ 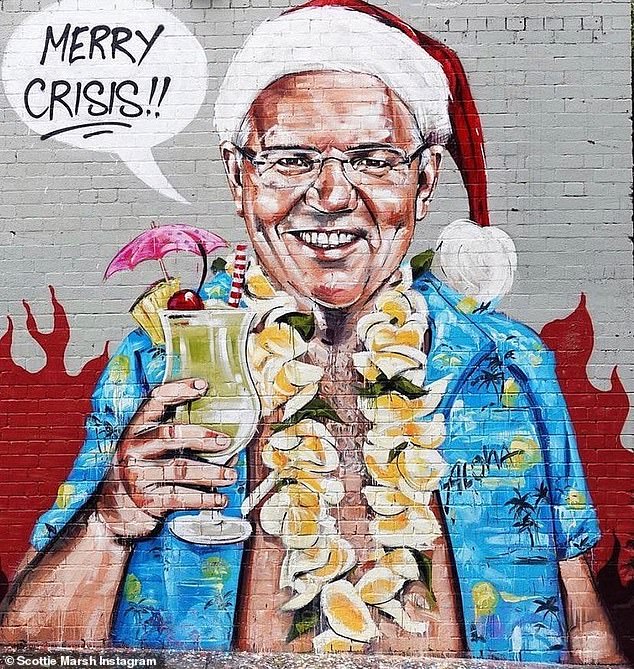 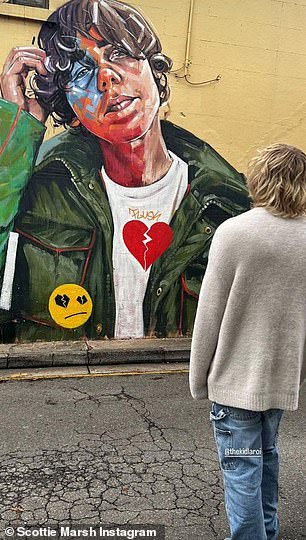 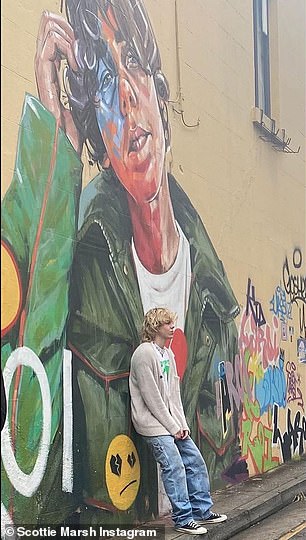 Scottie Marsh also recently painted a huge mural of Australian pop star Kid Laroi and posted photos to his Instagram account of the star in front of the giant portrait at Redfern in Sydney.

But another poster pointed out that murals are usually made with more eco-friendly acrylic paints rather than oil-based paints.

Rhi Jackson wrote: ‘Acrylic (water-based, not oil-based) paint is commonly used for murals, so don’t worry too much.’

Scottie Marsh has painted numerous large-scale murals around Sydney and beyond, many of which focus on Scott Morrison.

He called his mural ‘The Ivory Tower of Australian Climate Denial Over a Burning Australia’.

Other murals show the former Mr Morrison as Captain Cook and another of him in Hawaiian holiday attire wearing a Santa hat, wishing Australia: “Merry Crisis!”

But he also recently painted a huge mural of Australian pop star Kid Laroi and posted photos to his Instagram account of the star in front of the giant portrait at Redfern in Sydney.