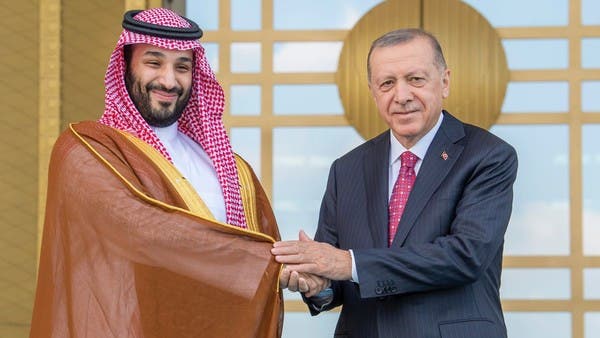 Saudi Arabia and Turkey on Wednesday declared their determination to usher in a “new era of cooperation” following a visit by Saudi Crown Prince Mohammed bin Salman.

In Ankara, the two leaders discussed “their common determination to strengthen cooperation in bilateral relations between the two countries, including in the political, economic, military, security and cultural fields.”

“The two sides also expressed their ambition to cooperate in the fields of energy, including petroleum, refining and petrochemicals, energy efficiency, electricity, renewable energy, innovation and clean technologies for hydrocarbon resources, low-carbon fuels and hydrogen, and to are working on locating products from the energy sector and associated supply chains, and developing projects related to these areas,” SPA reported.

“The two sides reaffirmed their commitment to stepping up cooperation, coordination and exchange of views on key issues in the regional and international arenas, in a way that contributes to supporting and strengthening security and stability in the region and support for political solutions to all crises in the countries of the region.”

The Crown Prince left Ankara on Wednesday and returned to the Kingdom to end his journey that took him to Egypt and Jordan.