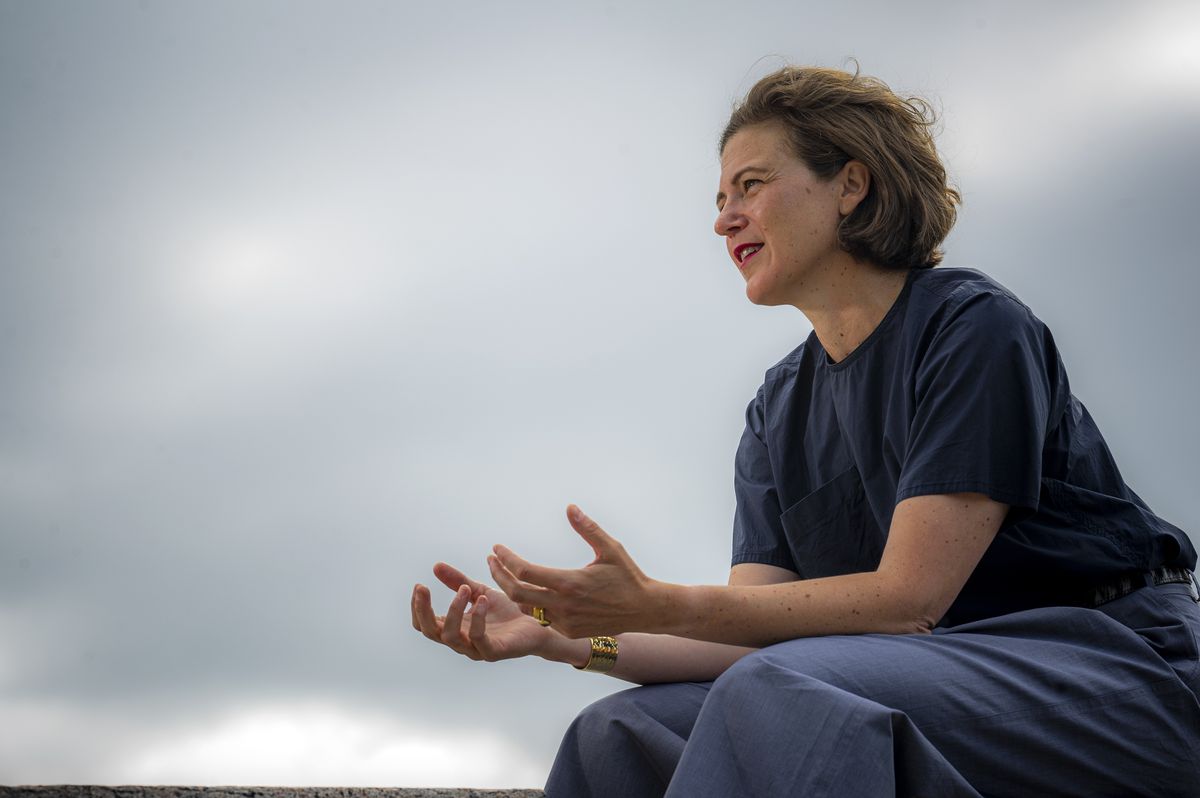 When she leaves the National Gallery of Canada next month, director Sasha Suda could be forgiven for giving her critics a loud “Na na na na na” thumbs up. The director, who has strived to modernize the nation’s leading visual arts institution, has often been undermined by Byzantine politics in Ottawa and, after only three years on the job, has been awarded the directorship of the Philadelphia Museum of Art and will be there in September.

“The opportunity to lead the Philadelphia Museum of Art was one I couldn’t turn down,” she said when I asked why she was going.

And perhaps it is only professional ambition that led Suda, a Canadian who is fully educated at American universities, to return to the US Philadelphia has one of the 10 largest art museums and most respected public collections in the country and it is conveniently close to the power of the art center in New York.

The curator and cultural director can expect to double or even triple her salary with the move: When she was hired at the National Gallery, the salary range was listed as $210,800; Outgoing Philadelphia executive Timothy Rub earned US$672,395 in 2019 according to public filings.

Still, it’s unusual for a National Gallery director, an order-in-council appointment to be approved by the cabinet, not to finish the five-year term, and if Suda has accomplished a lot in a short time, there are good reasons too. why she might want to move on.

She brought change, but no stability to the gallery, partly due to her own impatience but mainly due to institutional rivalry that preceded her.

National Gallery director and CEO resigns to take job in US

She graduated from the prestigious art history program at Williams College and began her career at the Metropolitan Museum before moving to the Art Gallery of Ontario. Suda is passionate about changing art museums so they don’t sink into irrelevance or, worse, become rods of light because of resentment against their white, male privilege.

Her mandate at the National Gallery was to create a strategic plan to address these issues and she did so by drafting a mission statement on “interconnection across time and space,” pledging that it meant connecting with all communities and launched a motto (ankosé, which translates as “everything is connected”) and a logo honoring indigenous knowledge.

But what does this mean in practice?

“It’s not about the what, it’s about the how,” replies Angela Cassie, the chief strategy and inclusion officer who will replace Suda on July 10 as the gallery’s interim director. Employees “acknowledge that I’ve been doing this this way for 15 years; here’s another way to do it. What support do I need to implement that change?’ … It’s a big attitude to change, but when it’s created in this atmosphere of curiosity and learning … that’s half the battle.”

A clear example of such a change is the recent Rembrandt exhibition in Amsterdam, which featured examples of contemporary art by indigenous and black artists as a way to explore the colonial sources of Dutch wealth and relationships between Dutch merchants and indigenous peoples in North America in the past. 17th century to be discussed. century. These additions were controversial — in a good way: There was a vigorous community debate about whether the exhibit worked.

Sasha Suda’s Grand Plans for the National Gallery of Canada

Another example is staff education about racism and decolonization: As a black woman, Cassie says she hears complaints from communities who don’t feel welcome at the art gallery, including from racialized people who sometimes feel they are being followed by guards.

Suda was in charge of such issues, but she also faced hurdles, especially in building a stable management team as she repeatedly rearranged executive positions. Her tenure has seen a steady stream of senior staff as some stalwarts from Marc Mayer’s years as director have left and some newcomers failed to last.

The two board members who jointly acted as interim director after his departure were soon gone, followed by the heads of design and education. A new chief operating officer lasted two years, while a vice president of public affairs lasted just 18 months.

Personally, Suda can be refreshingly candid about some art museums – not interacting with a diverse audience; slow to change – must do and will quote the mistakes of its predecessors. Yet Suda has also suffered from an institutional problem that predates her and needs to be resolved for the gallery to thrive.

When the federal government let go of the national museums in the 1980s and 1990s, giving them more independence but less money, they were able to start their own charitable foundations.

The gallery’s board of directors is very diverse, representing the regions, both official languages ​​and indigenous interests, but lacks the aura of the big money that traditionally fills art boards. Meanwhile, the foundation gradually built up under longtime chairman Tom d’Aquino (now chairman emeritus) and has raised more than $60 million for the gallery since its inception in 1997, allowing it to flex its muscles: Mayer was able to foundation on the side; Suda, who had worked as a curator and not as a director before joining the National Gallery, does not.

Although American museums rely much more on wealthy interests than on government grants, Suda may actually find it easier to manage politics in Philadelphia: a large donation covers a lot of costs, there is no second board and no national mandate.

She inherits a mess in Philadelphia, where staff were outraged at management’s delays in handling sexual harassment complaints and are now also negotiating their first union contract, but her emphasis on diversity and democracy is exactly what that institution needs too. .

So, where is this Cassie? The interim director says she’s looking forward to working with the foundation on fundraising ideas, but as a temp, whose initial tenure will last just 90 days before being extended by order in council, she’s unlikely to struggle with the parallel setting in place.

Cassie is an impressive cultural manager in her own right, a bilingual Manitoban who spent a decade at the Canadian Museum for Human Rights in Winnipeg before joining the gallery and, crucial to political skills, also serving with the Federal Department of Canadian Heritage.

However, she is not an art historian and would be an unusual choice for permanent director. But if she can change beyond that while bringing stability to the gallery, she should earn the goodwill of a nation.

Sign Up to The Globe’s art and lifestyle newsletters for more news, columns and advice delivered to your inbox.