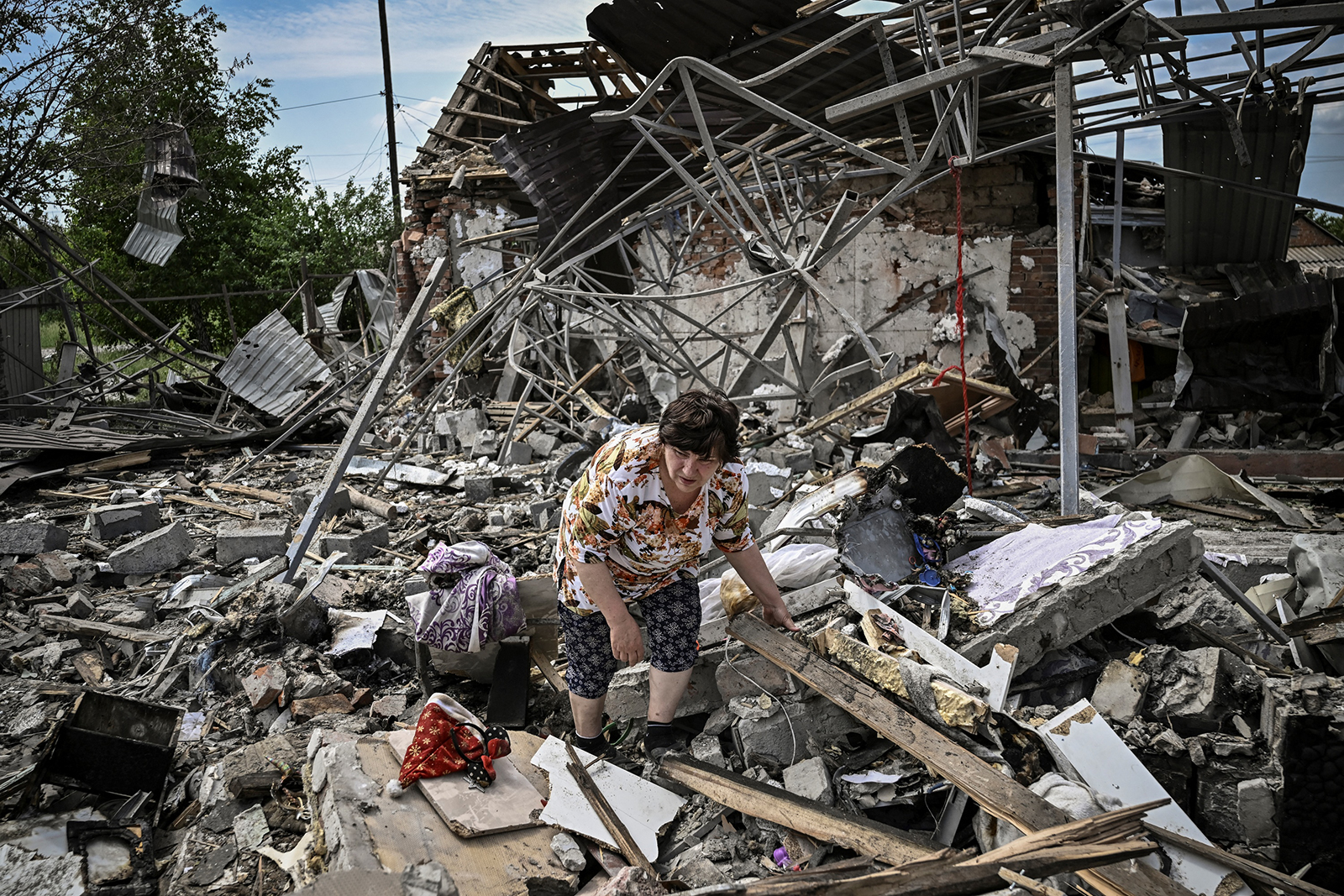 Ukrainian President Volodymyr Zelensky met frontline soldiers and displaced Ukrainians on Sunday during a trip to the Zaporizhzhya region.

The president spoke to the soldiers, presented them with state awards and thanked them for their service, the statement said.

“I want to thank you for your great work, for your service, for protecting all of us, our state. I am grateful to everyone. I want to wish you and your families good health. Take care of yourself,” Zelensky told the soldiers on the front line.

He also paid for a trip to a sanatorium where internally displaced Ukrainians, forced to flee their homes, have been given shelter and medical care, according to a separate statement from the Ukrainian presidency.

Some more context: Nearly 12 million Ukrainians have been internally displaced by the Russian invasion of Ukraine, Zelensky told lawmakers in Luxembourg on Thursday.

“I understand that everyone wants to go home. And this housing, however comfortable it is, cannot be compared to your own home. There is no better place than home,” Zelensky told the displaced persons on Sunday.

Displaced persons who had traveled from the southern city of Mariupol told the president about the “tragic events they had to endure as a result of the Russian invasion”, asking him for help in recovering lost documents and issuing death certificates to relatives. who died in the temporarily occupied territories. territories, the statement said.

Zelensky invited them to suggest “legislative changes” that could be made to simplify the procedures for obtaining these documents.

He assured the displaced that all those who have lost their homes will be provided with “comfortable housing,” the statement said.

Finally, Zelensky gave a gift to the 8-year-old boy, Yehor Kravtsov, who kept a diary while living under shelling in Mariupol. Yehor, whose “Mariupol Diary” writings were published on social networks, shared his experiences of the bombing of the city with Zelensky.