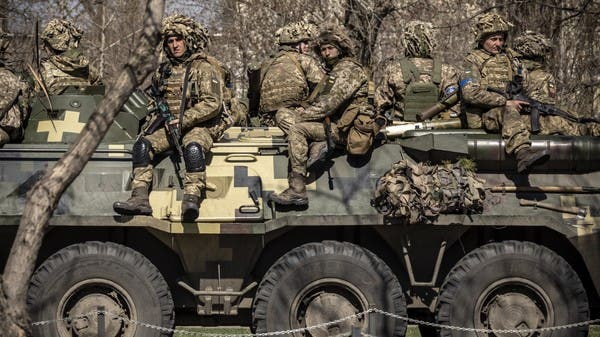 Russia’s campaign to seize control of the Donbas region of eastern Ukraine is progressing slowly and behind schedule, a Pentagon official said Friday.

Stiff resistance from Ukrainian troops and caution after Russia’s failure to take Kiev has led to “slow and uneven progress” in Donbas, the official told reporters.

“We believe that what they are essentially doing is continuing to set the conditions for an ongoing and bigger and longer offensive,” the official said.

That includes a “doctrinal” approach of launching airstrikes and then artillery strikes on Ukrainian positions, and then trying to get ahead on the ground.

But those attacks, the official said, have not been as successful as the Russians had hoped in driving back the Ukrainians, leading to floundering gains on the ground.

In addition, “they are still a little wary of stepping out in front of their supply lines. They don’t want to make the same mistakes they made in Kiev,” the official said.

Therefore, the official said: “We believe in the sense that they are behind schedule and what they were trying to achieve in the Donbas.”

The official said the Pentagon believes the Russians are “at least several days behind where they wanted to be”.

It is believed that Russia is trying to form a pincer on the battlefield that can be closed off and surround Ukrainian troops fighting on the front lines.

With their short-term goals, the Russians want to capture territory east of an imaginary line between Kharkov and Donetsk, battlefield analysts say.

The Russians now have 92 tactical battalion groups in eastern and southern Ukraine, with more on the Russian side of the border, according to the Pentagon.

But those BTGs aren’t necessarily at full strength after significant setbacks in the early weeks of the two-month-old war, the official said.

The US and European allies are rushing heavy artillery into Ukraine to help with the defenses, but given the logistics of moving dozens of howitzers and the need to train Ukrainian troops to operate them, the new equipment is still mostly not up to scratch. front and occupied in battle.

“They will be given more American artillery and the trainers involved to use in their defense. So this could be a bit of a firefight,” the official said.

US warns civilians about fighting in Ukraine after American’s death