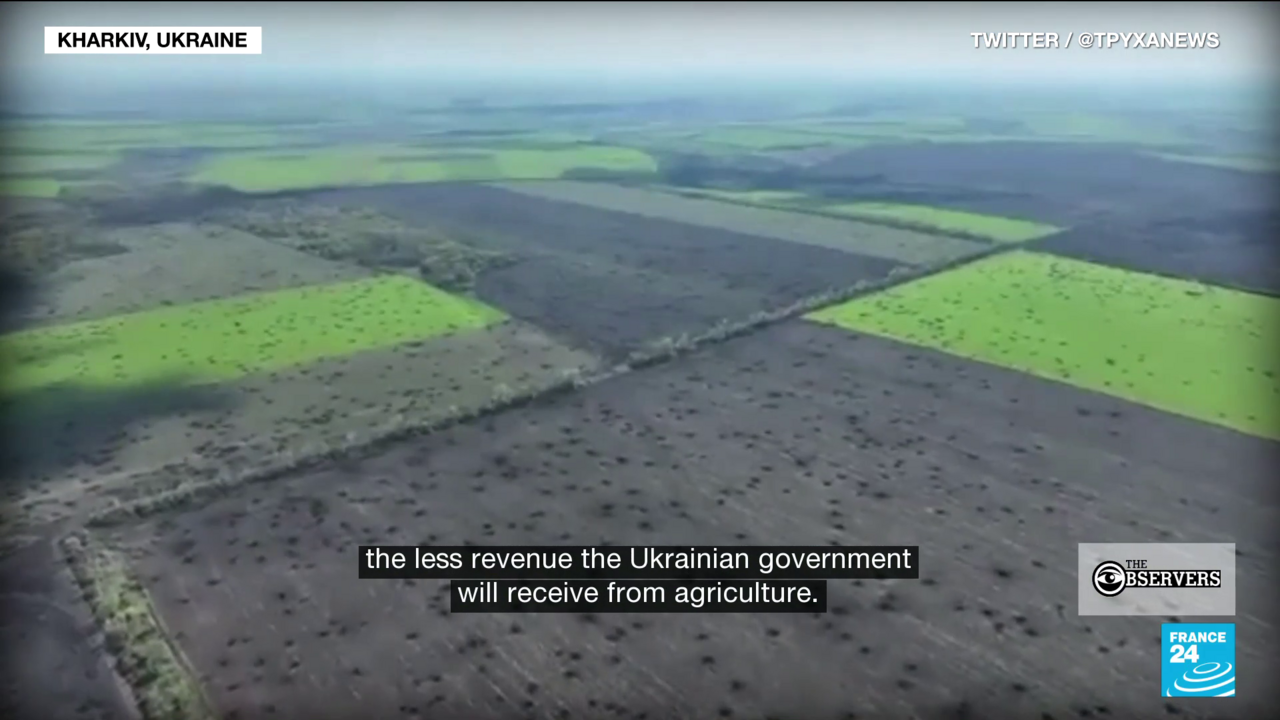 Ukraine is known as the “breadbasket of Europe” and relies heavily on its agricultural production and exports. But “deliberate” Russian attacks on dairy farms, silos and agricultural facilities serve to further limit the country’s ability to feed its people and promote its economy.

The agricultural sector in Ukraine has already been hit hard by the Russian offensive. Farmers are on the front lines rather than on land, farmland has been hit by shelling and Russian blockades have prevented grain exports from leaving ports.

But in addition to these indirect effects, Ukraine’s agricultural capabilities have also been the target of targeted attacks by the Russian military.

‘There is nothing left untouched from this war’

Caitlin Welsh, a food security expert at the Center for Strategic and International Studies, spoke to the FRANCE 24 Observers team.

What we see are direct targets on Ukrainian agricultural productivity, in every way – from fields where we see Russia planting land mines, to dairy barns, where they attack barns and kill livestock, to silos where grain is stored, to railroads, where grains are farms to markets, all aspects. There is nothing left untouched from this war.

A video posted to Telegram on May 2 shows a rocket attack on a grain mill near Synelnykove in Ukraine’s Dnipropetrovsk region. Farm equipment such as tractors are visible near the explosion site.


The security camera footage shown above captured the moment a missile hit a grain elevator near Synelnykove in Ukraine’s Dnipropetrovsk region.

US officials have reported that at least six grain storage facilities like this one were damaged by Russian attacks in late March.

Welsh explained that attacks like this reveal Russia’s motives.

Agricultural producers brought their products here to store them, and then trucks came to collect this product for export. And this is a case where we saw the complete destruction of some aspects of this warehouse facility. There are houses around this warehouse facility that have been left virtually untouched, suggesting to us that Russia is directly attacking these places and carrying out a deliberate attack to curtail Ukraine’s agricultural sector.

Other reports indicate that Russian troops stole grain and farming equipment and ship to Russian areas.

International officials are concerned that these attacks could have significant consequences for food security both in Ukraine and around the world.