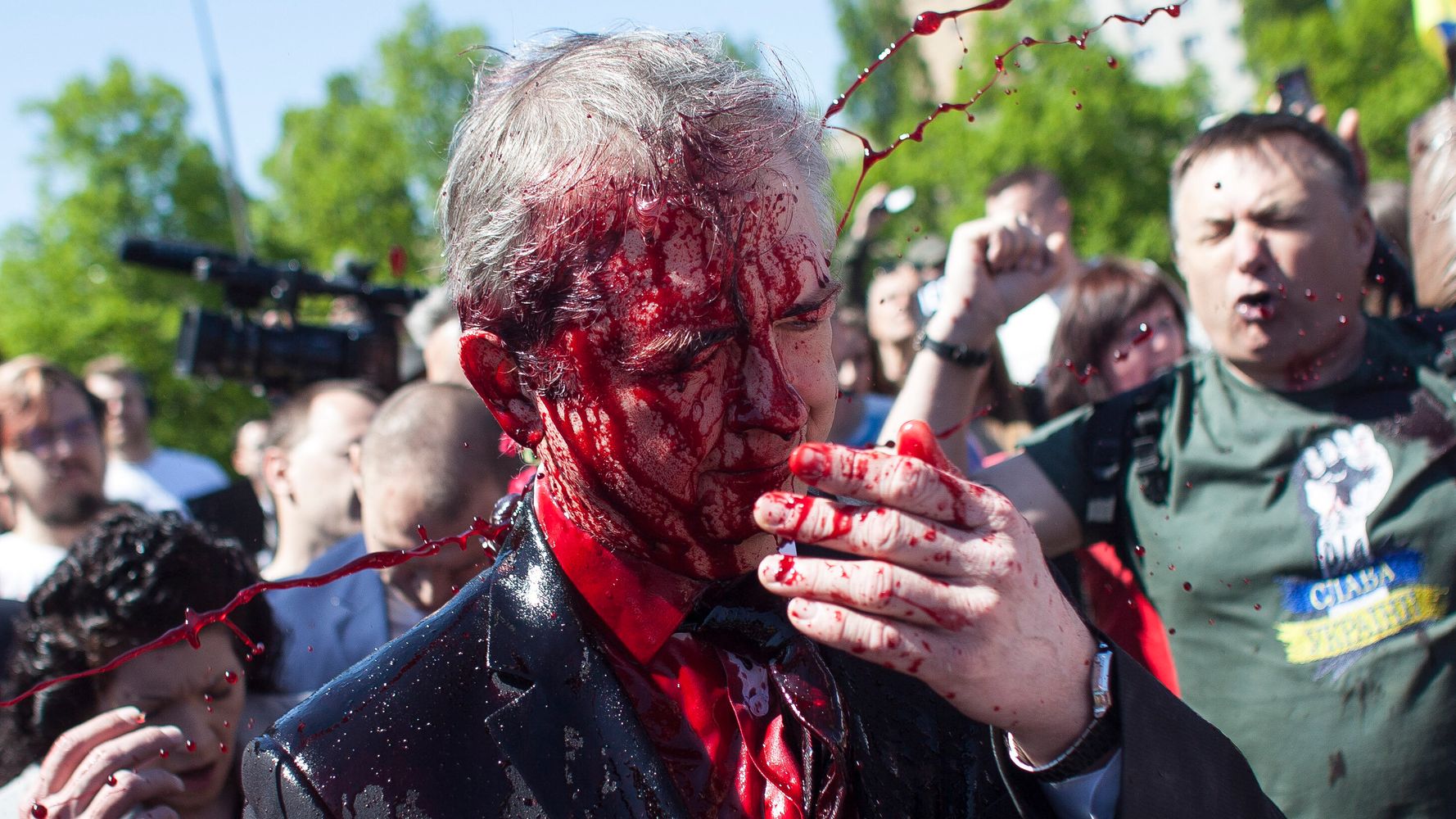 Russia’s ambassador to Poland was punched in the face with red paint during a protest against the war in Ukraine on Monday.

Sergey Andreev arrived at the Soviet Military Cemetery in Warsaw to lay a wreath in honor of the fallen Red Army soldiers on the 77th anniversary of the 1945 Soviet victory against Nazi Germany, when several protesters called out “fascists!” shouted. Andreev was then splashed with paint, making his face appear bloodied.

Some officials in his entourage were also splashed.

Several hundred protesters were on the scene to demonstrate against the Russian invasion of Ukraine. They seized Andreev’s wreath, trampled other flowers and organized “die ins” to honor the dead in Ukraine. Many waved Ukrainian flags and wore white sheets splattered with red.

Russian Foreign Ministry spokeswoman Maria Zakharova condemned the incident, claiming the protest was the work of “admirers of neo-Nazism,” according to a translation from The Washington Post. The West has “charted a course for the reincarnation of fascism,” Zakharova wrote in a post on the right-wing social media platform Telegram.

The Russian embassy in Poland said in a Telegram message it would formally protest the incident.