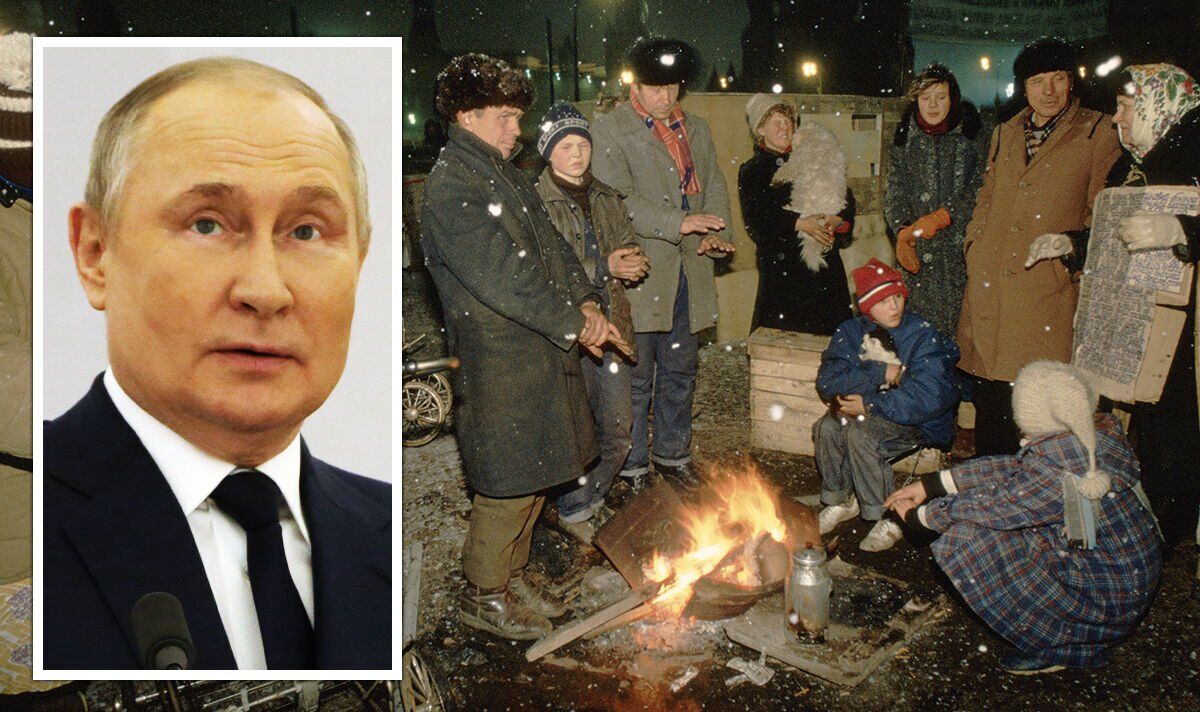 In response to the Kremlin’s illegal invasion of Ukraine, Russia has been subjected to severe Western sanctions that Vladimir Putin labeled “economic warfare.” The effects of the sanctions have steadily permeated daily life, with the country reportedly experiencing shortages of sugar and buckwheat in some major supermarkets. Speaking to Express.co.uk through an interpreter, however, a Russian photographer who declined to be identified claimed the country was months away from an economic collapse worse than that of the 1990s.

After the fall of the Soviet Union, Russia was hit by a long and painful depression.

According to Russia’s official economic statistics, Russia’s GDP fell by about 50 percent in the first half of the 1990s — a much bigger collapse than the decline of the US economy during the Great Depression.

This led to a huge drop in Russian production, standard of living and life expectancy.

However, the photographer predicted an even darker future for his country, claiming that some Russians will even be reduced to eating “grass”.

“Well, people forget that in the 1990s, when the Soviet government collapsed, the whole world reacted very quickly with humanitarian aid.

“It was seen as a disaster and people tried to help the Russian people; Russia was not isolated.

Nevertheless, the ruble has undergone a dramatic recovery, returning to pre-war levels in the past month.

On Friday, however, the Russian central bank cut its key interest rate from 17 percent to 14 percent, in anticipation of a double-digit economic contraction.

Meanwhile, the central bank said it expects annual inflation to rise between 18 and 23 percent this year, before slowing to between five and seven percent in 2023 and returning to its target of four percent in 2024.

The photographer has predicted that in six months’ time Russia will face a massive economic crisis, and the consequences will be dire for the Russian people.

The photographer warned: “What is happening right now is that the whole economy is coming to a standstill.

“Everything will collapse in about six months.

“As a journalist, I am interested in how people will react to this and what their reaction will be.

“What happens when people are fired and they have no money?

“Most people have no money. They live paycheck to paycheck.

“The problem is that people don’t fight back.

“They’re so scared and disoriented they don’t even protest.”