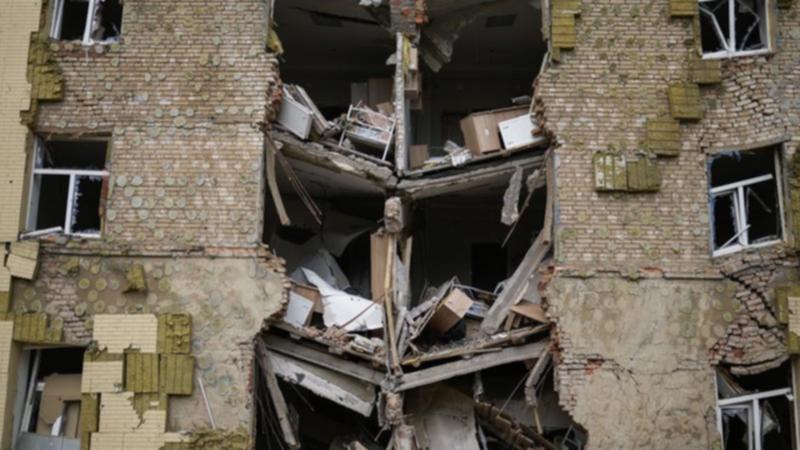 Russian forces have blown up a bridge connecting the disputed Ukrainian city of Sievierodonetsk with another city across the river, cutting off a possible evacuation route for civilians, local officials said.

Sievierodonetsk has become the epicenter of the struggle for control of Ukraine’s eastern Donbas region.

Parts of the city have been pulverized in some of the bloodiest fighting since the Kremlin unleashed its invasion on February 24.

After being forced to scale back its initial campaign goals in Ukraine, Moscow has turned its attention to expanding control in the Donbas, where pro-Russian separatists have controlled much of the territory since 2014.

Moscow has repeatedly criticized the United States and other countries for supplying Ukraine with weapons.

Putin said earlier this month that Russia would hit new targets if the West supplied Ukraine with longer-range missiles for use in high-precision mobile missile systems.

South and southwest of Sievierodonetsk, Russian troops fired mortars and artillery around a number of settlements, according to the General Staff of Ukraine.

But it said Ukrainian troops had repulsed Russian attempts to advance into some communities.

Reuters could not independently verify the battlefield reports.