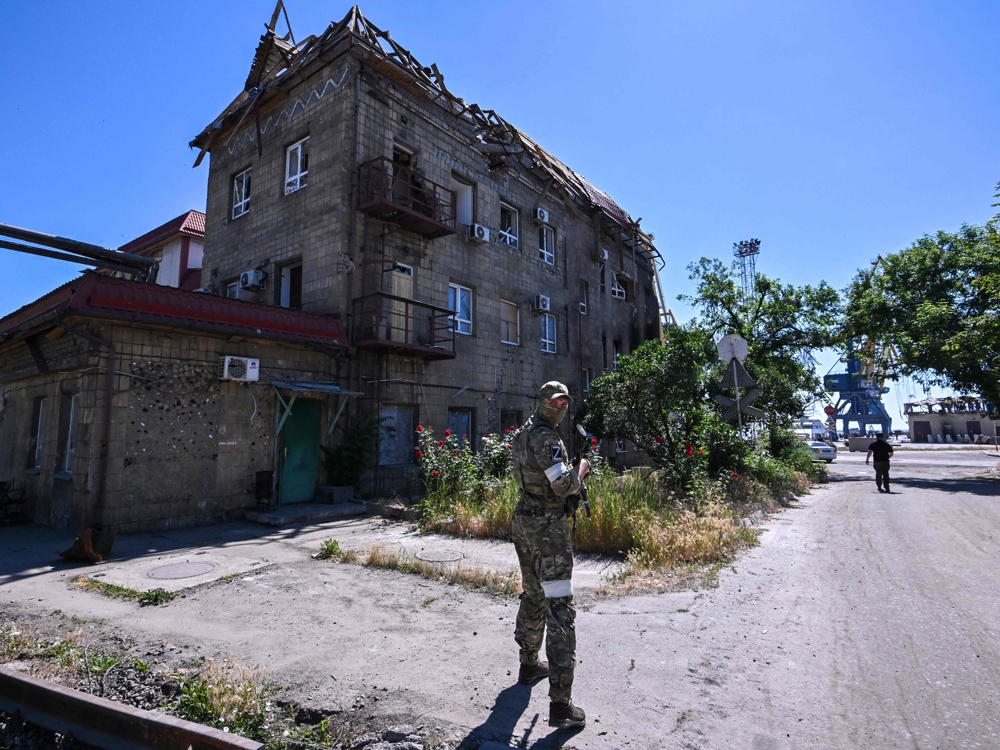 KYIV – Russian forces have blown up a bridge connecting the disputed Ukrainian city of Sievierodonetsk with another city across the river, closing a possible evacuation route to civilians, local officials said on Sunday.

Sievierodonetsk has become the epicenter of the struggle for control of Ukraine’s eastern Donbas region. Parts of the city have been pulverized in some of the bloodiest fighting since the Kremlin launched its invasion on February 24.

After Moscow was forced to scale back its initial campaign goals following the February 24 invasion of Ukraine, it has turned its attention to expanding control in the Donbas, where pro-Russian separatists have held much of the territory since 2014 .

Moscow has repeatedly criticized the United States and other countries for supplying Ukraine with weapons. Putin said earlier this month that Russia would hit new targets if the West supplied Ukraine with longer-range missiles for use in high-precision mobile missile systems.

South and southwest of Sievierodonetsk, Russian troops fired mortars and artillery around a number of settlements, according to the General Staff of Ukraine. But it said Ukrainian troops had repulsed Russian attempts to advance into some communities.

Reuters could not independently verify the battlefield records.

Also on Sunday, the leader of the Russian-backed separatist Donetsk region in the Donbas said there was no reason to pardon two British nationals sentenced to death last week after being captured while fighting for Ukraine.

A court in the self-declared Donetsk People’s Republic on Thursday found Aiden Aslin and Shaun Pinner — and Moroccan Brahim Saadoun — guilty of “mercenary activities” aimed at overthrowing the republic.

Britain says Aslin and Pinner were regular soldiers and should be exempt from prosecution for participating in hostilities under the Geneva Conventions. The separatists say they have committed serious crimes and have one month to appeal.

“I see no grounds, conditions, for me to pardon such a decision,” Denis Pushilin was quoted as saying by Russian news agencies.

Aslin’s family said he and Pinner “are not and never have been mercenaries.”