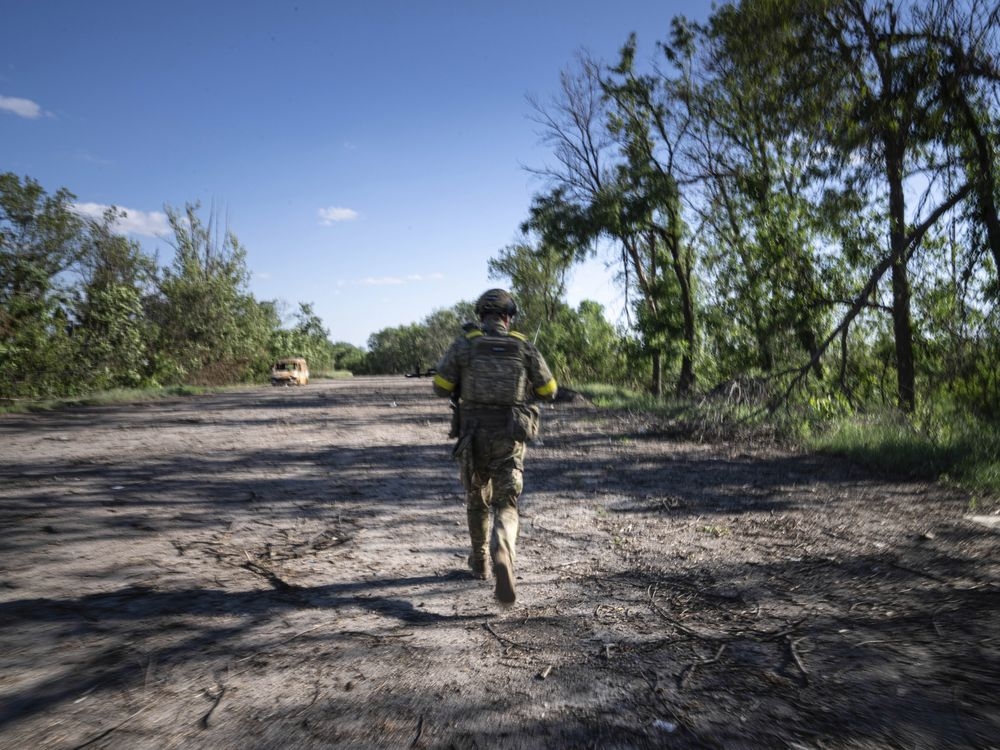 KYIV, Ukraine — Russia on Sunday claimed control of the last major Ukrainian-owned city in one of the two eastern provinces that had been the focus of the ongoing war in Moscow.

However, a Ukrainian official denied that Moscow’s control was complete. If confirmed, Russia’s claim that it has captured the last resistance stronghold in Luhansk province would bring its forces one step closer to achieving one of President Vladimir Putin’s main goals of conquering the entire Donbas, where a crucial battle of the war takes place.

Defense Minister Sergei Shoigu told Putin that Russian troops, along with members of a local separatist militia, “are in complete control of the city of Lysychansk,” according to a statement from the ministry released Sunday.

As is typical of such descriptions, the Russian statement said the city’s capture marked “the liberation of the Luhansk People’s Republic”, one of two Ukrainian provinces that have declared their independence and are recognized by Moscow.

The BBC quoted a Ukrainian military spokesman as denying that Lysychansk was under full Russian control. Yuriy Sak told the BBC it will be “no game over” for the Donbas region, even if Russia takes all of Luhansk.

“For Ukrainians, the value of human life is a top priority, so sometimes we withdraw from certain areas so we can recapture them in the future,” Sak added.

Oleksiy Arestovych, an adviser to the Ukrainian president, had predicted late on Saturday that the fate of Lysychansk could be decided within days. Earlier Sunday, the governor of Luhansk said Russian troops had strengthened their positions.

“The occupiers threw all their troops at Lysychansk. They attacked the city with incomprehensibly cruel tactics,” Governor Serhiy Haidai said on the Telegram messaging app. “They are suffering significant losses, but are moving forward stubbornly. They are gaining a foothold in the city.”

Ukrainian fighters have spent weeks trying to prevent Lysychansk from falling into Russia, as neighboring Sievierodonetsk did a week ago in bloody fighting that devastated both cities. The capture of Lysychansk would give the Russians a stronger base to intensify their attacks on the second province in the Donbas, Donetsk.

Since Russia withdrew from northern Ukraine and its capital Kiev following setbacks early in the war, Russia has focused its offensive on the Donbas, a region of mines and factories where Moscow-backed separatists have been fighting Ukrainian forces since 2014.

If Russia prevails there, Ukraine would lose not only land but perhaps most of its most capable military forces, paving the way for Moscow to capture more territory and bolster its ability to dictate terms to Kiev. .

Kramatorsk, another major city in the Donetsk region, also came under fire, the regional administration said.

Far from the fighting in the east, Australian Prime Minister Anthony Albanian Sunday visited a town near the capital that had been badly damaged at the start of the war. Albanian called the destruction in Irpin “devastating”.

“These are houses and these are livelihoods and even lives that have been lost here in this city,” he said.

Elsewhere, the exiled mayor of the Russian-occupied city of Melitopol said on Sunday that Ukrainian missiles destroyed one of four Russian military bases in the city.

Attacks were also reported in Russia, in a resurgence of sporadic apparent Ukrainian attacks across the border. The governor of the Belgorod region of western Russia said four people were killed on Sunday after fragments of an intercepted Ukrainian missile. Two Ukrainian drones were shot down in the Russian city of Kursk, according to the Russian Defense Ministry.

Kursk regional governor Roman Starovoit said the town of Tetkino, on the border with Ukraine, came under mortar fire.