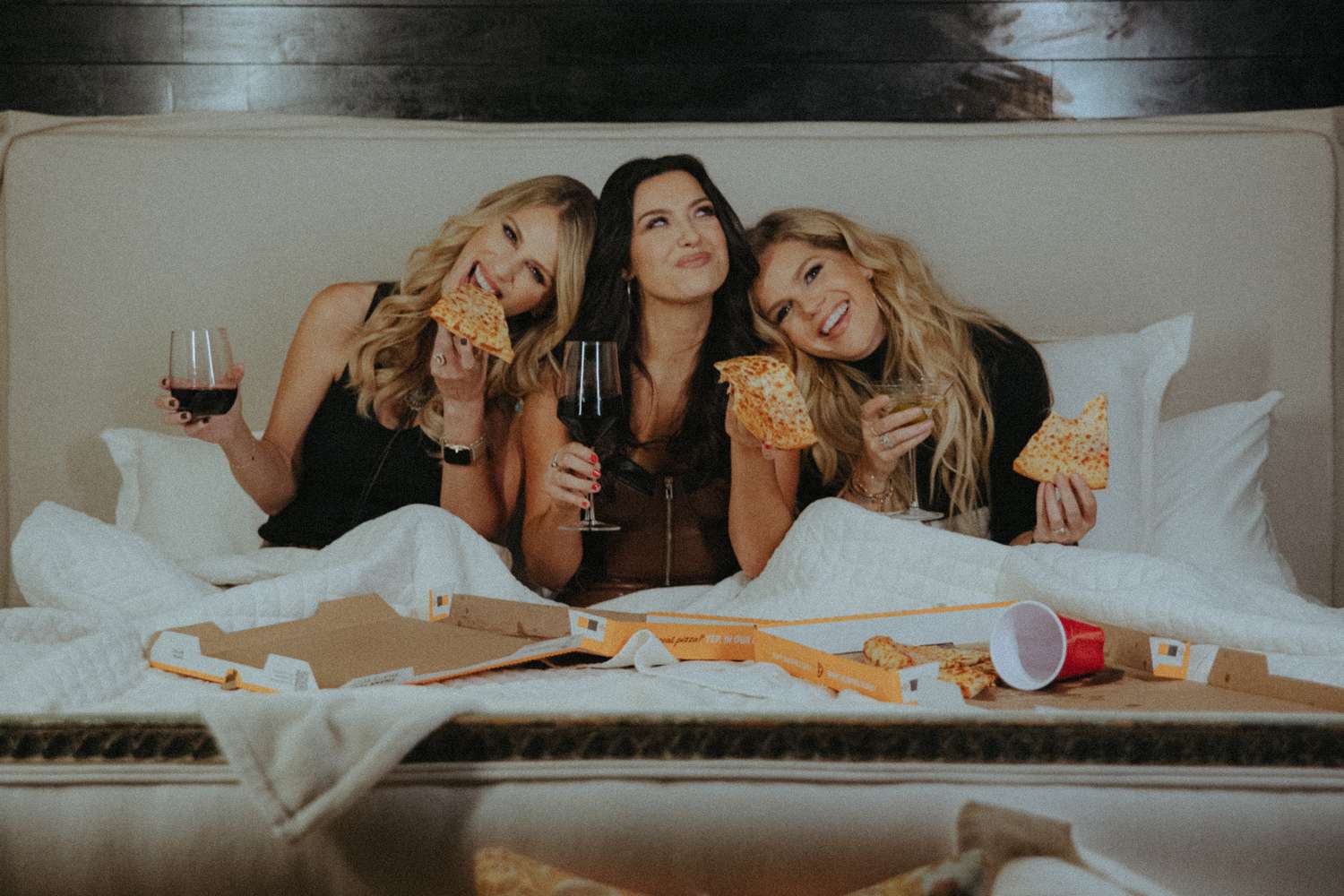 Just weeks after the world learned about the departure of Runaway June member Naomi Cooke Johnson, the remaining members of the country trio ended up playing a number of shows together as a duo.

And it felt good.

“We obviously loved [Naomi] and wanted her to do what she had in her mind — it was sad for us to see her leave, and I think we went through a grieving phase,” Wayne, 40, says in a revealing new interview with PEOPLE. the same time, [remaining member] Natalie [Stovall] and I got to the point where we really believed we could only do this just the two of us.”

But there was still something holding them back.

“We still loved the three-part harmony,” continues Wayne. “We grew up with The Chicks. Natalie and I knew we could do this together, but it would be even better if we found someone else.” She pauses. “However, we both agreed that we wouldn’t do it unless we found someone who could make us better. must find someone. We wanted to find someone who is perfect for you.”

And that perfect match came in the form of singer Stevie Woodward.

“Jennifer and I have actually known each other from a few years ago,” explains 29-year-old Woodward, who is now the newest member of the all-female trio that originally formed in 2015 and is known for hits like “Buy My Own drinks.” “We had written some songs together and kept in touch. So when they were looking for a new lead singer, Jen contacted me. It felt like it had to happen. There was so much musical chemistry right away.”

“It felt like we were sisters singing together,” adds Wayne, who gave birth to daughter Lily earlier this year. “It just feels like it’s been that way all along. Change is always hard, but there’s always something beautiful in the end.”

And now, as the revamped country trio prepares to close the door on a year they describe as one of “restructuring,” the three move forward with a slew of new music, including a new Christmas song, “Cowboy for Christmas.” ”

“I’ve never been more proud of anything I’ve ever recorded than this one,” says 40-year-old Stovall of “Cowboy for Christmas,” a song written by the members of Runaway June along with producer Paul Sikes and a song featuring the incredible violin playing of the Tennessee native. “It was one of the most excruciating violin plays I’ve ever done in my life. Those string parts took me days to do, and my hand cramped, but I was so determined to get it right.”

This perfectionist trait is one that all members of Runaway June admit to having – as seen, heard and felt on their current single “Broken Hearts (Do Broken Things.)”.

“We all wanted to make sure that what we put out is 100 percent ‘us’,” Wayne explains of the song written by Mandi Sagal, Steve Fee and Sarah Lake. “That’s why we spend 12-hour days in the studio just figuring it out and making it right and making it real and authentic to us. We always want to create something that we can be proud of.”

And now things seem to be back in sync for Runaway June.

“We’ve had such a whirlwind of the year making new music together and being on the road a lot,” says Stovall. “I mean, we got to play so many incredible festivals and dream venues that I’ve always wanted to play. And then release some of that music that we’ve worked so hard on this year and created together. It feels like everything really starts together to come and become cohesive.”