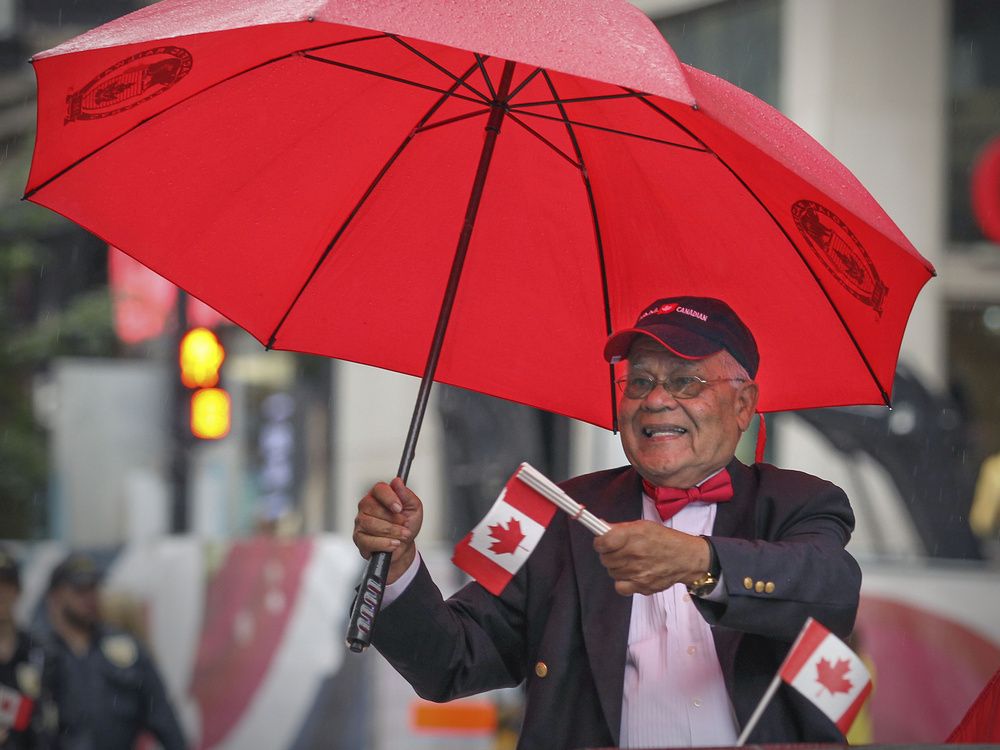 One of the serious side effects of the COVID pandemic has been the inability to grieve the deaths of loved ones with friends and relatives. Funerals or commemorations, visitations and shivas were restricted or prohibited. Over the past few years, several mainstays of the community and great Canadians have passed away and have been unable to receive a decent broadcast from admirers. Yesterday, Canada Day, I had to remember a great patriot, Roopnarine Singh, whose death earlier this year at the age of 86 went relatively unnoticed.

Cardiologist Roop Singh was the founder and principal organizer of the Canada Day Parade in Montreal, which has highlighted the city’s annual celebrations for nearly three decades. A long procession of floats and marching bands (and politicians) made their way through the downtown streets in a show of national pride and patriotism, heading to Place du Canada for speeches and a huge birthday cake.

Singh came to Canada from Trinidad and Tobago in his twenties. Like many immigrants, he became a proud and passionate Canadian who loved this country. His efforts earned him the nickname “Mr. Canada.” The annual event wasn’t always the slickest of parades and some called it folk. But it was always a happy and warm show of unity between so many different language and cultural groups that most sincerely embodied what makes Canada so special. The organization of the event was eventually taken over by others.This year marked the third year in a row without a parade, with organizers citing lingering uncertainty surrounding the pandemic and a lack of funding.

Singh’s infectious smile, enthusiasm and love for the country should live on and serve as an example for all Canadians today.

Just after the start of the pandemic, on consecutive days in March 2020, we lost two other prominent Canadians, former Quebec and MNA Justice Secretary Herbert Marx and Senator Yoine Goldstein. It would certainly be interesting to have their perspectives on recent events in both Quebec and Canadian politics.

Marx was a professor of constitutional law at the Université de Montréal and had a wry sense of humor. He resigned on principle from the Bourassa cabinet in 1988 when the prime minister used the notwithstanding clause to overturn the Supreme Court ruling overturning Bill 101’s ban on English on commercial signs. In the ensuing provincial election, I won his former Equality Party ride from D’Arcy-McGee. The day after the election, I was shocked to get a call from Marx, who invited me to his home and basically gave me a masterclass on the Constitution, the National Assembly, driving and what to expect. From then on we remained friendly. His thoughts on recent Quebec legislation and current Justice Minister Simon Jolin-Barrette would certainly add some color to the debate.

Goldstein was a prominent Montreal lawyer who was appointed to the Senate. Like Marx, he was a professor at the Université de Montreal, where he taught bankruptcy law. A man of great depth, he actively devoted much of his life to community volunteering, leading many organizations, primarily in the Montreal Jewish community. As a liberal senator, lawyer and strong federalist, it would be interesting to hear his take on the prime minister’s lukewarm response to Quebec’s decision to unilaterally amend Canada’s constitution and anchor itself as a nation within Canada.

The last line in Marx’s obituary read: “Due to the coronavirus, there will be no funeral service at this time.” A sad reminder of not only our inability to properly say goodbye to three great Canadians we’ve lost over the years, but countless others as well.

Robert Libman is an architect and construction planning consultant who has served as leader of the Equality Party and MNA, as mayor of Côte-St-Luc, and as a member of the Montreal executive committee. He was a Conservative candidate in the 2015 federal election. twitter.com/robertlibman