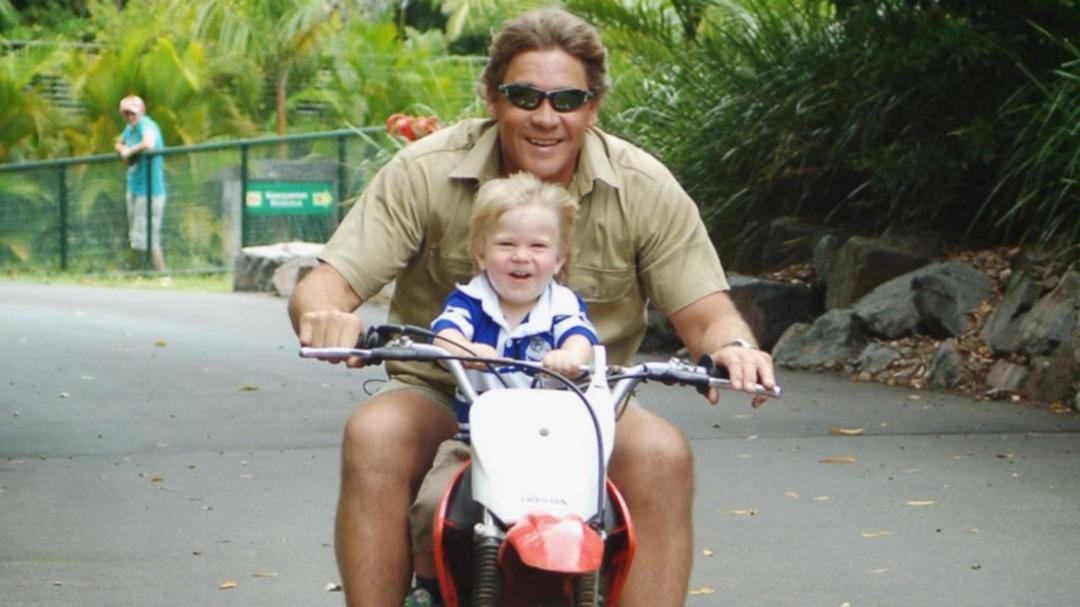 The 18-year-old took to TikTok to commemorate “the best dad in the world” on Father’s Day in the United States.

“I had the best father in the world. I think of him and remember nothing but good times. I hope you all had a great Father’s Day in the US — sending love to those who couldn’t celebrate with their dad ❤️.”

The video shares clips of Steve adoring Robert and his sister Bindi, taking them on adventures through the famed Australia Zoo and standing with his toddler son while holding a wild lizard.

An instrumental from Ed Sheeran’s Photograph played in the background, making the video a tearjerker.

Fans loved TikTok, with one user expressing appreciation for the wildlife expert in the comments: “He was a father to everyone who didn’t have a father to take them on adventures as a kid and taught some of us how to be brave when encountering wild animals.”

Steve Irwin, also known as the Crocodile Hunter, died in 2006 after being pierced in the chest by a stingray. Robert was just shy about turning three.

Steve would have turned 60 earlier this year with Bindi, 23, and Robert sharing previously unseen photos from their family album to mark the milestone.

Robert also made headlines last week after a dazed fan caught his eye with a daring pick-up attempt, asking for his phone number.

Utah tourist Megan Grass filmed the encounter that went viral on social media, but after users pressed her for an update, she confirmed she had not yet received a follow-up message from the animal advocate.