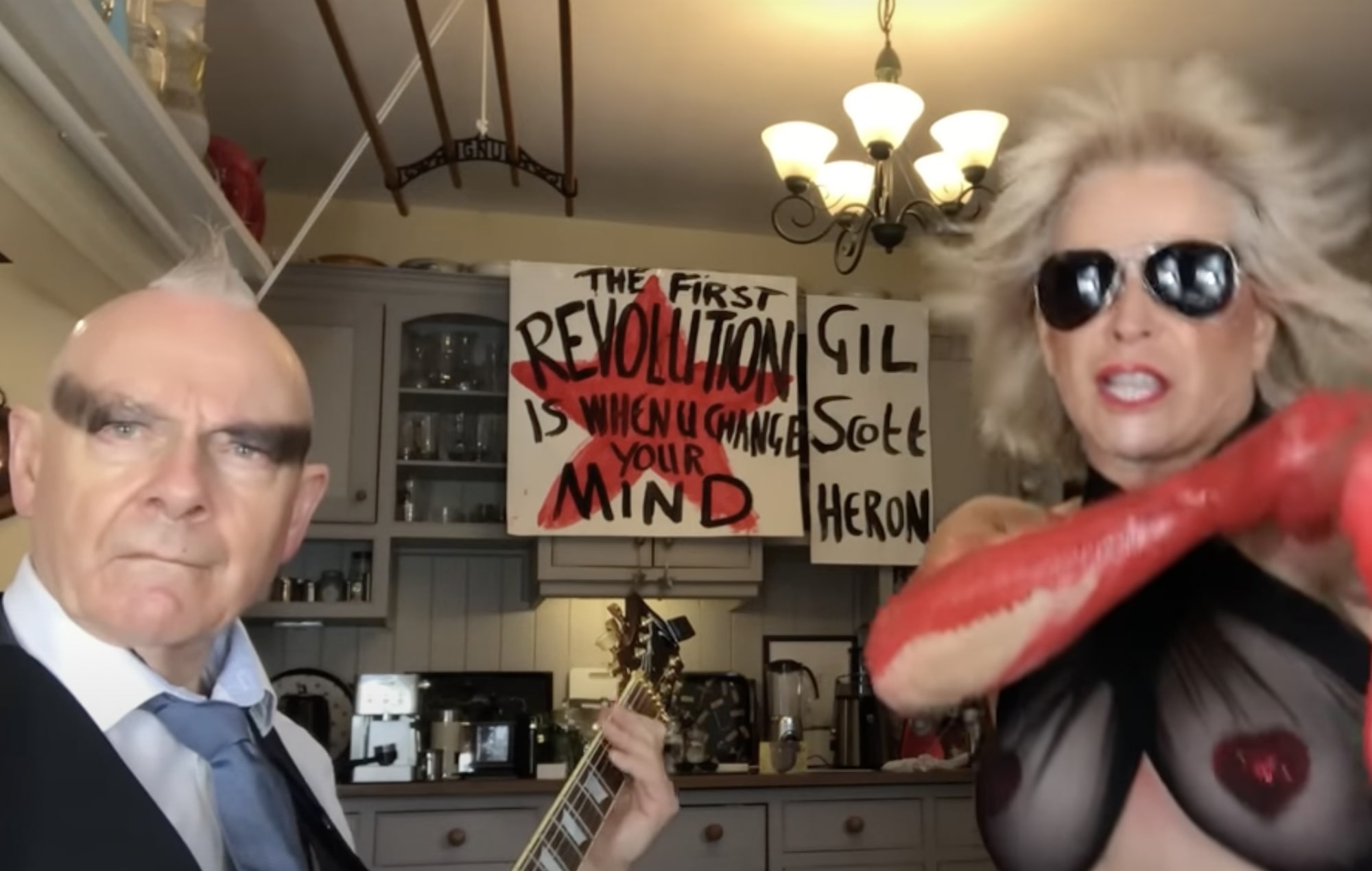 Robert Fripp and Toyah Willcox covered Rage Against The Machine in the latest installment of their Sunday Lunch series.

The pair continued the weekly video series, which started in 2020 because Fripp did not play live during the lockdowns enforced by the coronavirus.

In their latest creative reinvention of hit songs, Fripp and Willcox took on Rage Against The Machine’s “Killing In The Name Of,” performing the song in their kitchen. “The first revolution is when you change your mind,” read a sign painted over a red star that hung on one of the cabinets behind them, quoting Gil Scott Heron.

While they were performing the 1992 song, Willcox rubbed red paint over her stomach and arms as Fripp played guitar while staring into the camera. Watch the performance now below.

In recent weeks, the pair has tackled INXS’ “Devil Inside”, Hole’s “Celebrity Skin”, Radiohead’s “Creep”, Garbage’s “I Think I’m Paranoid”, The Cranberries’ “Zombie” and many more.

Meanwhile, Willcox shared her 16th studio album ‘Posh Pop’ in August 2022, telling… NME last year: “When COVID stopped everything last year, I was able to focus on writing and recording the next album. We recorded in Simon [Darlow]’s outdoor studio with just him, my husband and I.

“’Posh Pop’ was a magical experience born out of the need and ability to connect with our fans in a genuine way. Also, the terrifying distance between those who lead the world and those on the ground inspired my writing. While we were working with Fripp in the studio, the day before we gave him the chord progressions and said, ‘We want you to come in and improvise and that’s what we’ll be using’. It was spontaneous.”