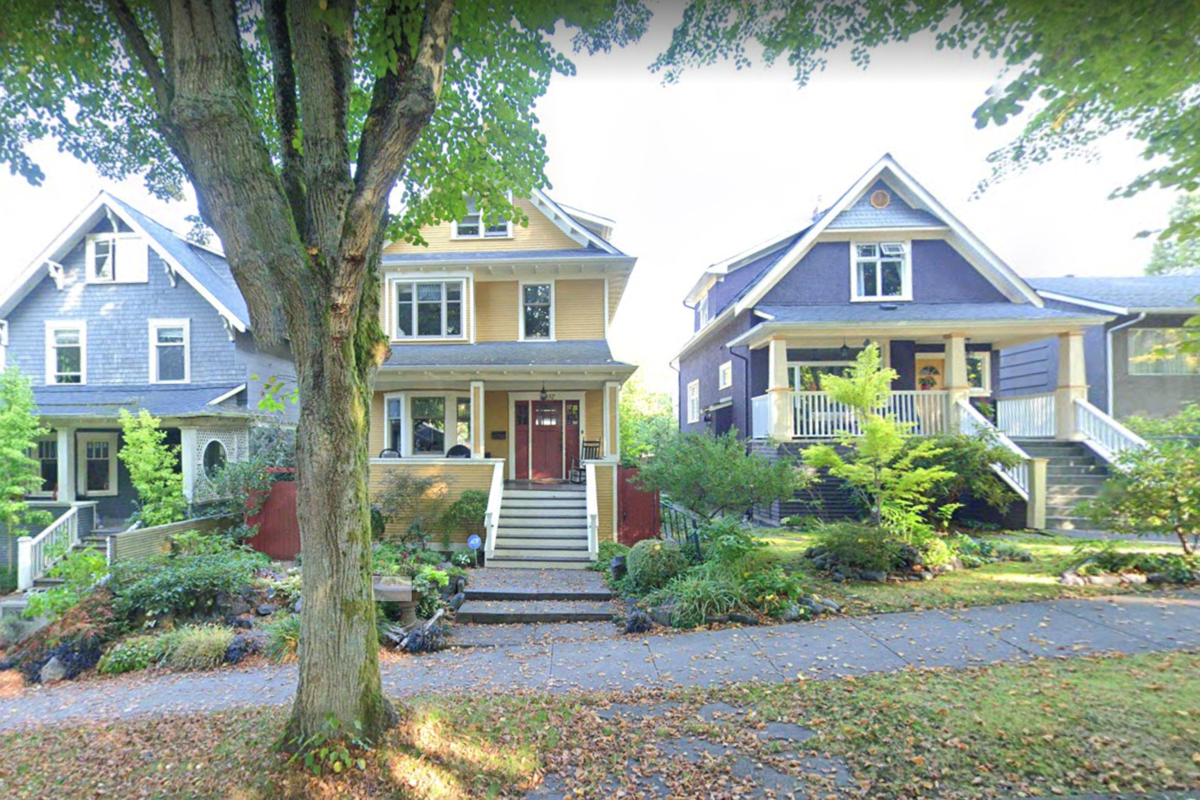 The increasingly bizarre show may be leaving The CW, but Vancouverdale remains! See some of the show’s most iconic spots

Archie and the gang may be leaving the airwaves after Season 7 ends in 2023, but the backdrop of Metro Vancouver playing Riverdale isn’t going anywhere. Take yourself on a small city tour to this recognizable Riverdale spots and get ready for the show’s final (and hopefully most ridiculous) season.

Officially opened in 1925, Lord Byng Secondary serves as the somewhat foreboding exterior for Riverdale High. Most of the school’s interior shots were filmed not far away at Point Gray Secondary (5350 East Blvd).

That villain Archie lives just a few blocks from The Drive. His five-bedroom, four-bathroom yellow home was recently valued at nearly two and a half million dollars. That’s a lot of house for just Arch and Father Fred.

The accommodations of the Lodge

Veronica’s opulent and cavernous apartment called The Pembrooke is actually The Permanent downtown. Built over a century ago as the BC Permanent & Loan Company, this landmark building now serves as a wedding and event venue. You can get to work under the Lodge family’s own beautiful stained glass atrium.

OK, so this isn’t technically in Vancouver, but it isn’t Riverdale without the iconic Pops! You’ll have to make the journey to Mission to one of BC’s last freestanding diners, Rocko’s. This retro spot served as the interior for the Riverdale pilot and serves dinner classics, including Archie-inspired items. Open 24 hours, Rocko’s was sure to satiate Jughead’s lingering appetite.

The typical girl next door doesn’t live next door much. Located in New Westminster, Betty’s home is a bit of a commute from her high school and her boyfriend’s digs. We know it’s just a show, but why does Betty have to live in the ‘burbs’?

The Riverdale Bulldogs appear to be exercising and playing at Surrey’s Bear Creek Park. The team and accompanying cheerleaders were spotted on the field during the filming early last year.