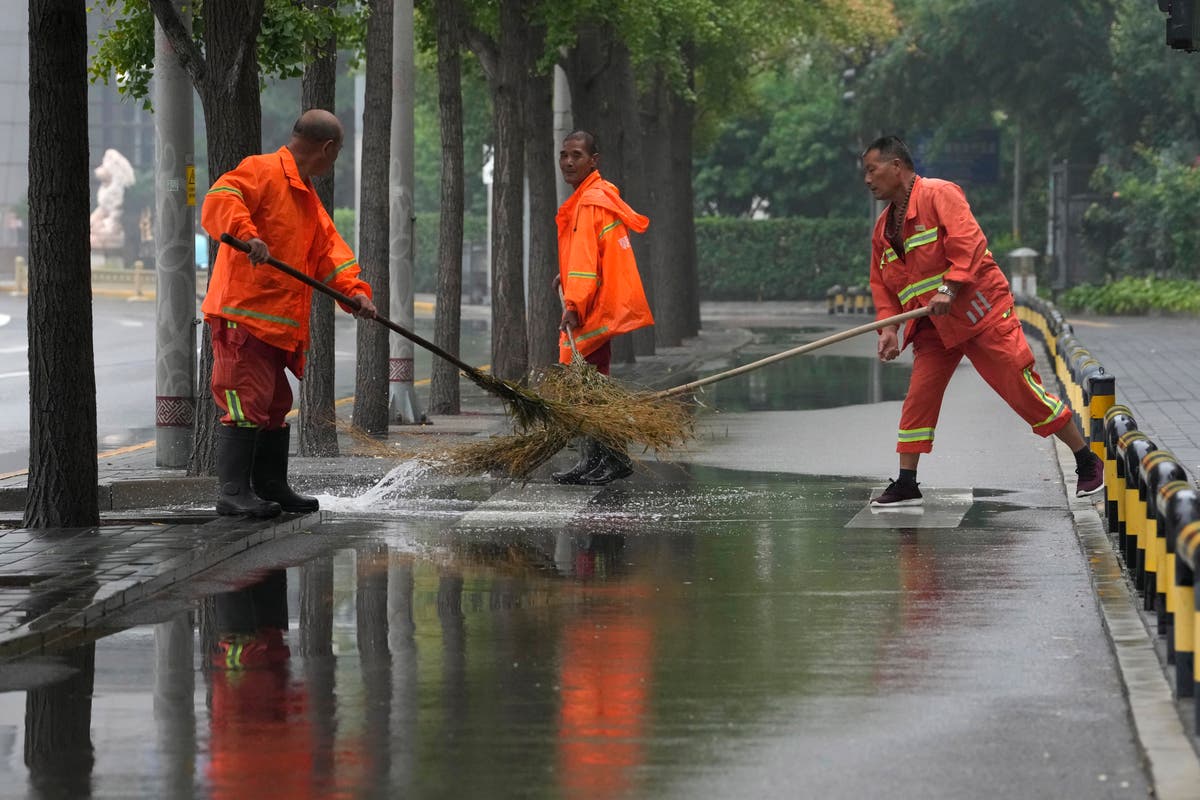 Seven people have been killed in a torrent of water that drained into a river at a popular recreation spot after mountain rains in southwestern China, authorities said on Sunday.

Workers and volunteers mobilized to urge people to leave the area after receiving a heavy rain warning around 2:40 p.m. Saturday, the emergency agency in Pengzhou city said.

Social media videos showed people scrambling to flee, but some were caught when the torrent struck at 3:30pm about 50 minutes later

A man at the scene said several people were washed away, including some children, when water flow in the lower reaches of the river suddenly increased in just 10 to 20 seconds, state-owned China National Radio reported.

Chengdu city officials said on Sunday that seven people had died and three others had been hospitalized with minor injuries. Pengzhou is a tourist resort about 70 kilometers (45 miles) north of Chengdu, the capital of Sichuan Province.

A video showed a helicopter rescuing a person stranded on a small bulge by descending just above the water and opening a door for the person to climb in.

Elsewhere in China, heavy rains flooded streets in the northwestern city of Xining on Saturday night. Heavy to heavy rain was forecast in the northeast from Sunday to Monday afternoon, with 10 to 18 centimeters (4 to 7 inches) of rain in parts of Liaoning and Jilin counties.

A heat wave swept across a wide swath of southern China, with highs predicted for Sunday of 35 to 39 degrees Celsius (95 to 102 degrees Fahrenheit) and possibly more than 40 degrees (104 Fahrenheit) in some places, including Shanghai.