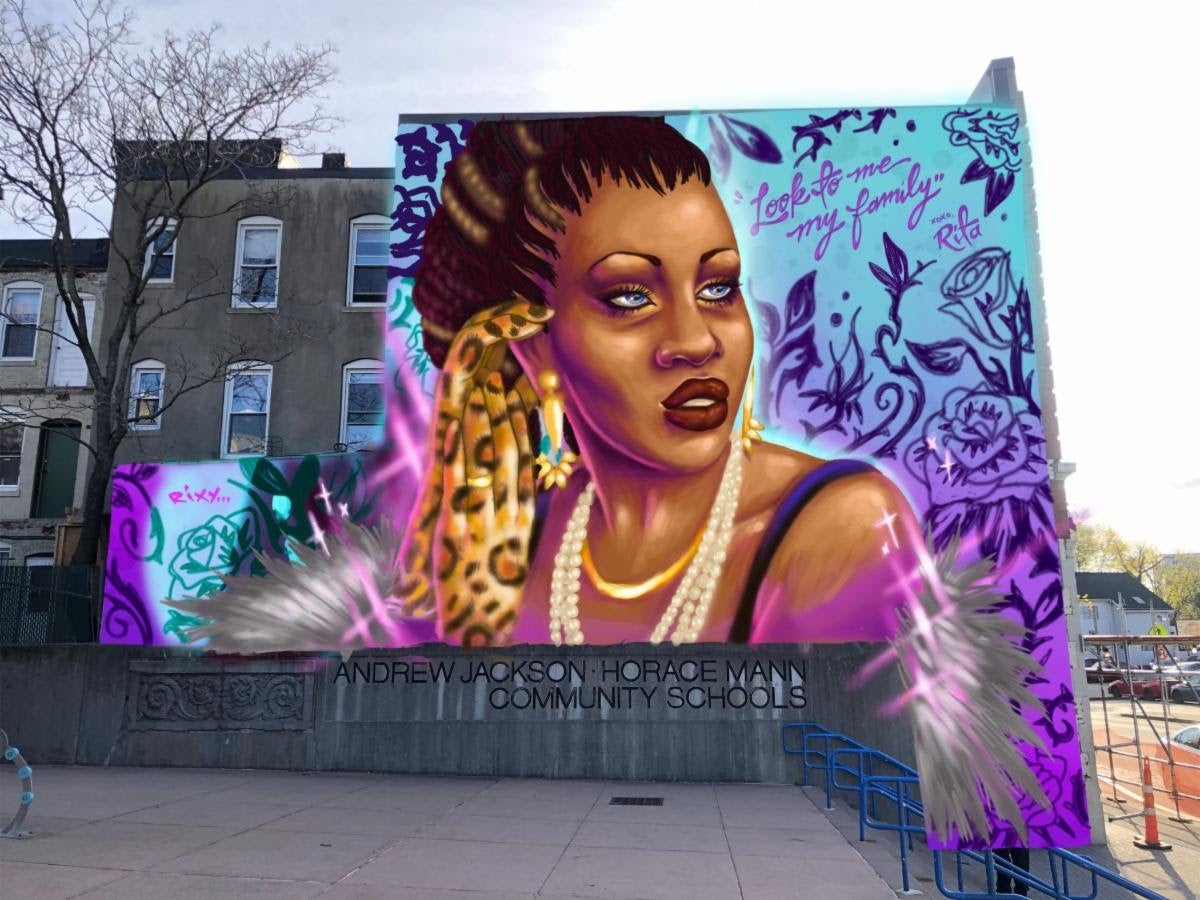 The office of Boston Mayor Michelle Wu has commissioned a mural of a trans woman who lived in Allston and whose murder led to the creation of the Transgender Day of Remembrance to perpetuate the importance of her story.

Titled “Rita’s Spotlight,” the mural depicts Rita Hester, who was murdered in 1998 at age 34, and will be painted near Union Square in Allston.

“Rita Hester was a black trans woman and beloved member of the Allston community who lost her life as a result of transphobia and anti-trans violence,” the mayor’s office said in a press release about the mural.

“Rita Hester was known for her kindness, daring and love of entertainment. Her passing was felt by countless individuals and sparked a movement in Boston and beyond.”

According to NBC News, Hester was born in Hartford, Connecticut, but found a more welcoming community of friends in Boston. The news station reported that she was a big presence in the city’s rock scene in the 1990s, often at The Silhouette Lounge in Allston, as well as in both straight and gay clubs.

Hester was found alive but suffered 20 stab wounds at her home on Park Vale Street in Allston on Nov. 28, 1998, NBC News reported. The news network wrote that it took more than an hour after police were called to take her to Beth Israel Deaconess Hospital, where she succumbed to her injuries.

After Hester was murdered, NBC News reported Boston newspapers such as: The Boston Globe† The Boston Heraldand even the LGBTQ+ newspaper bay windows missed Hester in their coverage, leading to a protest march by activists from the office of the Herald to the bay windows office.

In 1998, devastated by the murder of Hester and many other recent murders of trans women, trans activist Gwendolyn Ann Smith created a web project called Remembering Our Dead to honor them, NBC News reported.

The following year, she created Transgender Day of Remembrance, which is November 20, and held marches and vigils in Boston and San Francisco.

The mayor’s office said in the release that the mural, which will be painted at 506 Cambridge St. in Allston near the Jackson Mann School, was suggested by former Boston Artist-in-Residence Golden.

The mayor’s office said the city has commissioned street artist Rixy, a resident of Roxbury, to create the mural as part of the city’s transformative public art program.

The mural is expected to be completed in early July, the mayor’s office said. Rixy will participate in an artist talk on Wednesday, June 29 to talk more about the design and community engagement process for the mural.

“It’s part of the process of thinking about the reflections of others: how Rita will be seen as alive and how others, especially her loved ones, always see her,” Rixy said in the release. “I feel like a useful tool to visualize these perspectives.”

Also in honor of Hester, the mayor’s office said the city has contributed to the Transgender Emergency Fund of the Rita Hester Scholarship Fund of Massachusetts, which will open June 24 for applications.

Sign up to get the latest headlines delivered to your inbox every morning.