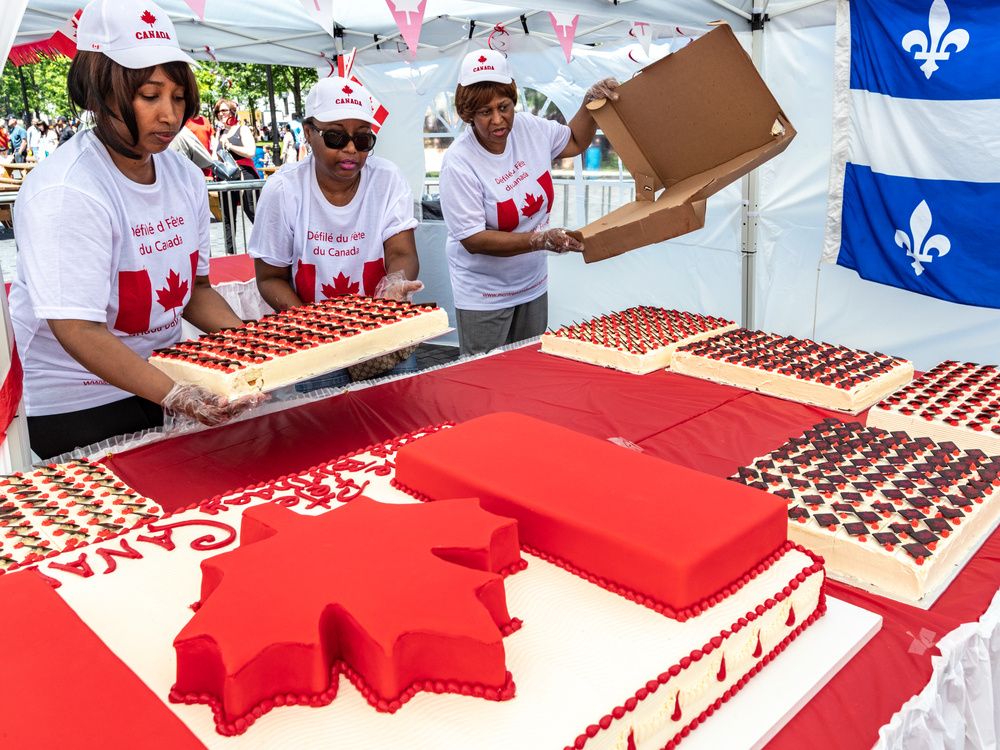 Canada Day celebrations are returning after two years of small-scale festivities amid the COVID-19 pandemic, but some Canadians hoping to see a traditional parade may be out of luck.

Several cities say the rising costs of security and insurance, in addition to difficulties in securing funding, are forcing them to reconsider their celebrations.

In Montreal, there will be no Canada Day parade for the third year in a row, and this time, COVID-19 is only partially to blame.

Organizer Nicholas Cowen says that while the novel coronavirus is a major concern, the federal heritage department offered less funding in a year when inflation is at its highest level in decades.

“The parade receives a grant, so it’s like getting a check for the same amount every year,” he wrote in an email. “This year, funding would go back to 2015 levels at 2022 prices.”

The parade’s executive director, Caroline Polcsak, explained in an interview that the price of insurance has risen, along with almost everything else — right down to the ingredients of the large, traditional cake served to the public. She said corporate sponsors are hard to come by because parades can’t provide tax receipts.

Instead, Montreal’s Canada Day celebrations will take place in the Old Port, which will include face painting, games, cake and a concert.

Heritage Canada did not respond to a request for comment on Tuesday.

Montreal isn’t the only city where Canada Day organizers blame the rising costs of insurance and security for canceled parades.

In Strathcona County, Alta. In May, the Sherwood Park and District Chamber of Commerce announced that the Canada Day parade would not take place.

“Unfortunately, our success coupled with the many recent incidents at other parades in Canada and the United States has significantly increased the risks associated with parades and the responsibility of event organizers,” Executive Director Todd Banks wrote in a message.

Banks said, “The costs of physical infrastructure, insurance and security obligations are now beyond our capabilities when we consider all the financial and volunteer requirements.”

Last year, six people were killed and dozens injured after a man allegedly drove his SUV during a Christmas parade in Waukesha, Wisconsin. And in Toronto in 2019, four people were injured after shots were fired during a parade celebrating the Raptors’ NBA championship win.

The Vancouver Fraser Port Authority, which canceled that city’s Canada Day parade in 2018 due to rising prices, announced that it would not host a parade this year or showcase fireworks, citing “rising costs for safety and security, and in the events industry,” adding that it would focus on other events instead.

Banff, Alta., made the decision to replace the parade with a day of activities and performances.

On its website, the city cited several factors for replacing its parade: a desire for fewer crowds during the pandemic; the advantage of being able to offer artists staggered time slots; a reduction in the use of fossil fuel vehicles; and staffing challenges that have “impaired the city’s ability to move all barriers and planters for an hour-long event.”

Last year, many cities chose to cancel Canada Day events after the discovery of unmarked graves at sites of former residential schools. While most events will resume this year, some cities, such as Winnipeg and Thunder Bay, have chosen to celebrate Canada Day with cultural programming rather than celebratory events such as parades and fireworks.

The cancellation of the Montreal parade came months after the death of Roopnarine Singh, a Trinidadian-born doctor who staged the city’s first Canada Day parade in 1978 with just a handful of vehicles after he was appalled that there was no celebration to mark the birthday of his adopted country.

In a 2017 interview, Singh recalled fighting for years to secure funding for the event, occasionally becoming a thorn in the side of political leaders who did not support the province’s separatist faction in the years surrounding the two referendums. wanted to make angry.

Cowen said Singh, who died in March, had hoped to be in Montreal for the parade this summer. Polcsak said he would undoubtedly have been “upset” if the event he had fought so hard for had been cancelled.

Both organizers say they are working hard to secure the funding they need to bring the parade back next year.