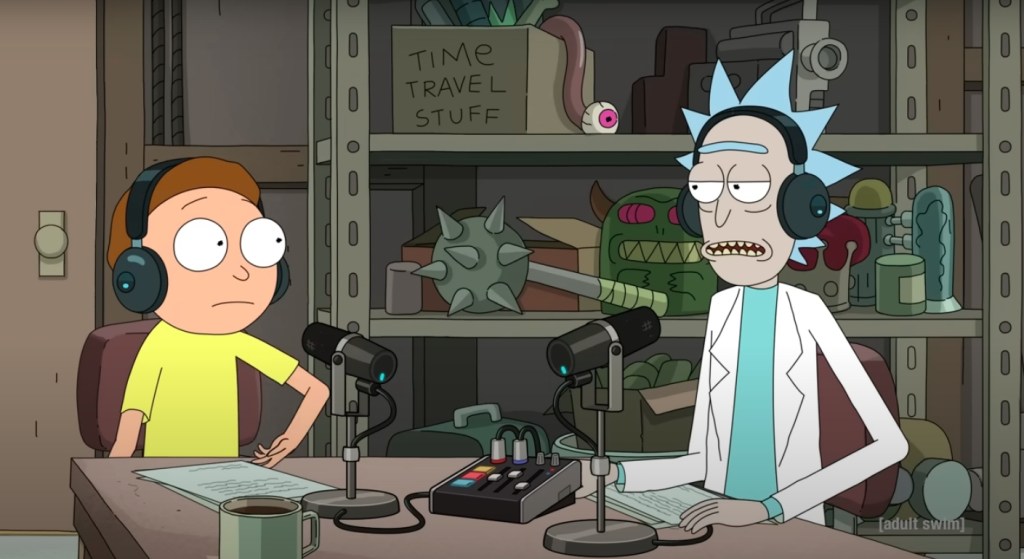 Rick and Morty are back and for once in a lifetime doing what every other man in the universe does: podcasting!

Rick and Morty, the beloved (and in some cases at beloved) Adult Swim animated series from creator Dan Harmon returns for a sixth season next month, and there’s a new trailer just in time for its triumphant return.

The trailer is in its own unique Rick and Morty way, vaguer than a You better call Saul teaser. In just 1:45 seconds we see a lot of very Rick and Morty including Rick trying to make his whole family disappear from reality, which he says is not dying, a small group of alien terrorists, die hard references and more.

Instead of focusing on the beloved, toxic grandfather/grandson dynamic that people love about the show, the fifth season of Rick and Morty which aired last year focused on different versions of the characters in the multiverse. But the season six trailer hints that in season six things will be back to normal (or as normal as possible for Rick and Morty and his company). At the end of the trailer, we see Rick and Morty podcasting together, which would probably be a more interesting podcast than most podcasts out there today.