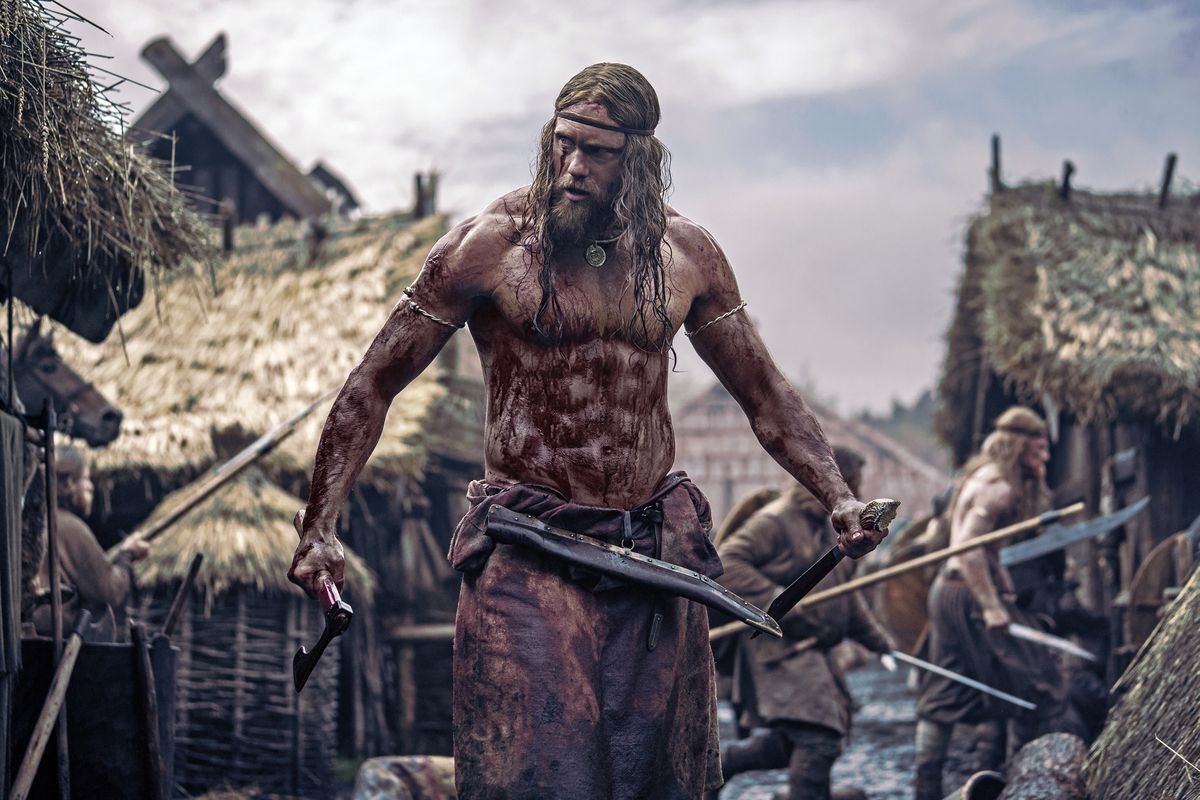 Plan your screen time with the weekly What to Watch newsletter. Signing up Today.

Written by Robert Eggers and Sjon

If I had to pick one word to describe Robert Eggers’ new Viking epic the Norman, it would be: “Yaaaaaarghghghghhgghghghghghh!” The brutal, gory, and bare-chested revenge thriller is essentially one big, long battle cry – a guttural, primal grunt of a movie that’s all raging testosterone and inflammatory machismo. And I loved almost every minute of it.

a retelling of Hamlet – or rather a pre-telling of it, as Shakespeare’s work is directly inspired by the medieval Scandinavian legend that Eggers and his co-writer, the Icelandic poet Sjon† explore here – the Norman follows the story of riches to rags of Amleth, who as a young boy watches his uncle Fjolnir (Claes Bang) murder his father King Aurvandill (Ethan Hawke) and kidnap his mother Queen Gudrun (Nicole Kidman). Escaped his own death thanks to the incompetence of Fjolnir’s lackey, Amleth flees to Iceland, chanting a revenge mantra that carries him through years of hardship: ‘I will avenge you, Father. I will save you, mother. I will kill you, Fjolnir.’

Flash forward a few decades and Amleth is a stout, often shirtless berserker warrior (Alexander Skarsgard), who spends his days raiding Slavic villages and terrorizing the world. Until a moment of fate leads him back to his original quest for a comeback that involves the beautiful slave/pseudo-witch Olga (Anya Taylor-Joy) and two spiritual figures (one played by an eyeless Bjork, the other by the talking skull). by Willem Dafoe – it’s just that kind of movie). From there, Eggers plunges the audience into a thunderous undertaking of high-budget carnage, the kind of cinematic experience that leaves you feeling groggy, exhausted and somehow hungry for more. The guts are spilled, the throats are slit, and the lines between what is real and what is imagined are blurred by the thick gunk of blood.

The film is a definite step forward – in scope, ambition, artistic commitment – ​​for Eggers, who here digs further into his obsession with how our natural world coexists with a more magical realm, following similar explorations in The witch (starring Joy) and The lighthouse (with Dafoe). But while Egger’s previous films have been exercises in different, competing stylistic approaches – tightly controlled for The witchand unbridled gonzo-ness for The lighthouse † the Norman is a wonderful marriage of the two. For example, it takes masterly precision to stage the Norman’s single-take village heist, which follows Amleth as he and his fellow wolf warriors burn down an entire settlement. Just as it takes a wild imagination to imagine Amleth and Fjolnir’s climactic “Gates of Hell” volcano-backed sword fight, a moment of fiery madness that is beyond outrageous.

That makes Eggers’ recent comments in The New Yorker that this version of the Norman isn’t quite his favorite cut – that somehow a wilder, less studio-safe version of the film exists – definitely floors. If Focus Features is okay with, say, bankrolls the moment Amleth creates a corpse-composed collage to scare his uncle, or a late movie scene with Gudrun and enough incestuous overtones to fill VC Andrews’ library, then I’m extremely curious what gave them pause.

Whatever happened between the shooting, editing, test screenings and the final delivery, the Norman arrives as something of an instant cult hit, unique and daring. A relentlessly devoted Skarsgard will stir all sorts of feelings in the movie’s teenage audience (this feels like the 300 moment), Joy brings an evil sense of dreamy danger to her sadly underwritten role, and Kidman’s terrifying turn as a woman in control of her world more than any of the primeval men around her might realize that the sloppy accent she’s trying to use, exceeds. (Let’s also pause to congratulate Eggers on hosting a stealth reunion of big little liesSkarsgard and Kidman, who played respectfully abusive husband and terrified wife in that HBO series.)

the Norman isn’t the first contemporary Viking film to take audience stamina to the next level (Nicolas Winding Refn’s Valhalla rises is undeniably a more difficult sit), but it does feel like the last Viking movie we’ll need for a while. Howl devastation, and let the hounds of Yaaaaaarghghghghhgghghghghghghh slip away.