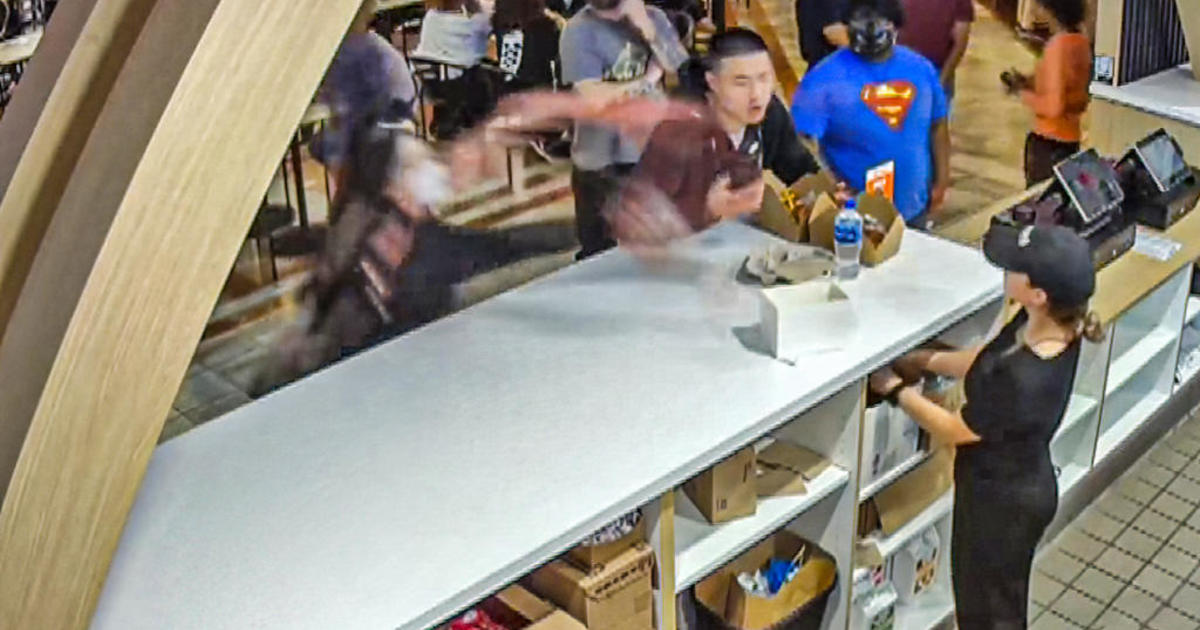 Dat Thieu, the owner of Umai Savory Hot Dogs, has made a video showing a customer wanting to speak to a manager.

Seconds later, she grows impatient and starts tossing everything she can get onto the counter, including hand sanitizer.

Thieu said his employee accidentally called the customer for chili cheese fries instead of regular cheese fries — a 25-cent difference.

After getting a refund for the fries and another item, the customer came back.

This time she threw her drink at the cashier, cursed at her and yelled “sorry, I’m not sorry” on her way out.

“I don’t think people realize how difficult it is to provide customer service in a restaurant. I’ve seen our employees be verbally abused, verbally abused. For some reason, I noticed that the employees who have English as a second language, they are picked a lot more,” said Thieu.

“We asked her to put on a mask and she refused,” said Andrew Lam of Umai Savory Hot Dogs.

“It’s hard, it’s hard. I’ve had days where I wake up and some days I don’t even know if we’ll be able to open some days because again, it’s very hard to find workers,” Thieu said. “Most days we only operate to break even or take a little loss.”

He described this employee as hardworking. She works at night as a doorDash delivery man.

Thieu isn’t sure if she’s going to work at Umai again.

It’s not the first time Thieu has said his employees have dealt with angry or irrational customers.

And last year, KPIX reported on a customer spitting at a cashier at the Umai Savory Hot Dogs location in San Jose.

Betty Yu joined KPIX 5 in November 2013 as a general assignment reporter. She spent two years at Miami’s NBC station WTVJ as a reporter before moving to San Francisco.