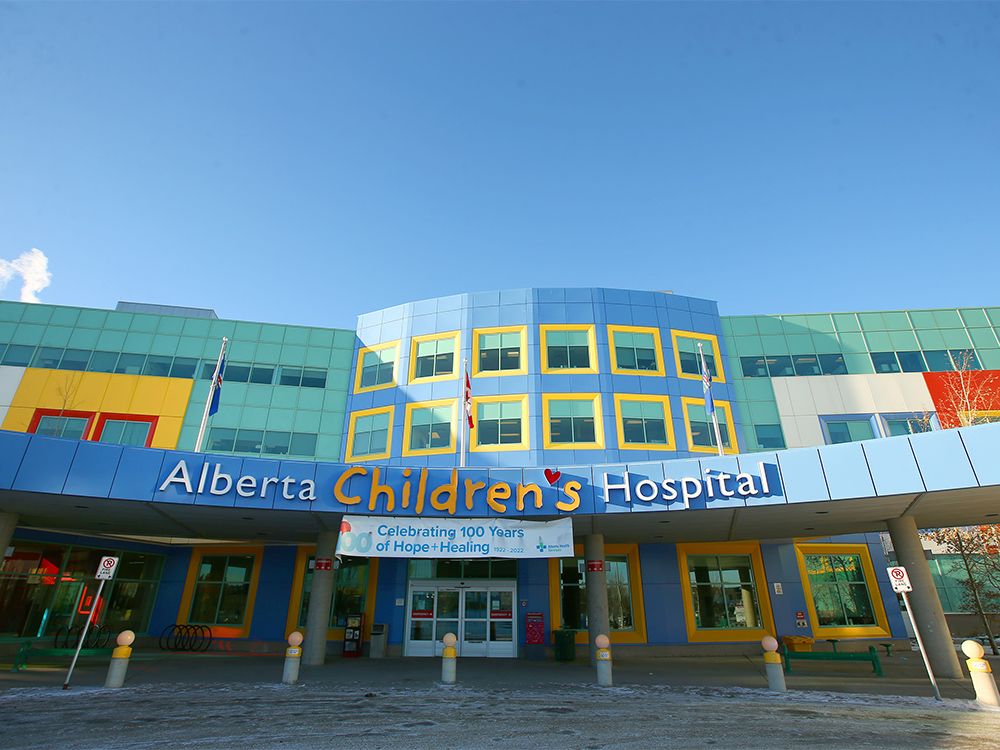 Suspending respite care at a children’s hospice center in Calgary is a necessary measure to handle the influx of patients at Alberta Children’s Hospital, a hospital administrator said.

Alberta Health Services announced this weekend that it is temporarily suspending services at the Rotary Flames House, releasing all respite patients to transfer staff to the struggling children’s hospital.

“(The decision is) to free up more capacity to care for our current priority, which is acutely ill children,” said Margaret Fullerton, Alberta Children’s Hospital senior operating officer.

“We really sympathize with families who are very disappointed by this… But right now we need to prioritize children who need acute care.”

Patients currently receiving respite care are expected to be discharged on Tuesday.

Other services offered by Rotary Flames House, including bereavement and end-of-life care, will be temporarily moved to Alberta Children’s Hospital.

Fullerton said respite care will be reinstated once the pressure in the hospital eases.

Rooney’s son Dominic was admitted to the Rotary Flames House shortly before he died of acute myeloid leukemia in September 2015. He said the facility was invaluable at the time.

“It’s absolutely devastating to a number of families,” Rooney said. “As a citizen, I trust that they will make the right decisions to relieve this pressure, and they have, but it really points to a much bigger problem in terms of our healthcare system.”

Lia Lousier and her son have used services at the Rotary Flames House for the past ten years. She has not been directly affected by the break, but said she has heard from families who booked respite care months ago and are now denied access.

She said she believes the children’s hospital staff will do their best to serve families, but it will be difficult to lose the intimate setting of the revolving house.

“Not many of us plan on having our children die, but knowing that Rotary Flames is there as a final destination with full support means a lot when you have a child in pain,” said Lousier.

The pause in respite care is AHS’s latest measure in an effort to relieve pressure at Alberta Children’s Hospital amid a surge in pediatric patients.

It’s a wave that comes as several respiratory viruses, including a particularly virulent strain of flu, circulate widely across the province. The tension has led to lengthy wait times at Alberta Children’s Hospital, reaching as long as 12 hours last month. The hospital is seeing a 20 to 30 percent increase in daily emergency room visits, and hospital wards are currently overcapacity.

Last week, AHS installed a heated trailer outside Calgary’s hospital to serve as a crowded emergency department waiting area when space is needed. Fullerton said staff are preparing that space for use with plans to open it within the next week.

“We only open that trailer when necessary. If the queue for the emergency waiting room doesn’t go out the door, we won’t use the trailer. Only when the queue becomes a factor should we protect patients from the cold,” she said.

“It’s just a precaution when we need it.”

Health officials also postponed 12 surgeries at Alberta Children’s Hospital last week, out of more than 170 that were scheduled. Fullerton said further operations will only be delayed on a case-by-case basis to create capacity.

She said this means pressure on one part of the health system will negatively affect other services.

“People who run the hospitals have to make decisions about how to use the resources they have to continue to meet the needs of children who are acutely ill, but that means we have more and more children who are unable to access other essential health care services,” said Smart, a Yukon pediatrician who previously worked as a pediatrician at Alberta Children’s Hospital.

“For them to turn staff away from Rotary Flames House, and children who are there for both respite care and palliative care, is really a statement about how dire things are.

“Our healthcare system has always been on the edge of being able to manage, and now we’ve been pushed over the edge and can’t make it.”

“Our children shouldn’t be waiting in caravans. Our kids shouldn’t have to wait hours in the emergency room to get their care,” Singh said.

“The fact that hospices and respite services are closing to free up staff to deal with the crisis in our healthcare system in our hospitals really shows how bad things are. This is a problem.”

In an email Saturday, Steve Buick, the press secretary to Health Secretary Jason Copping, said the county is sympathetic to children and families whose care is being disrupted by an early and severe flu season.

“We support AHS in addressing the strain at our two children’s hospitals, including temporary measures to add capacity to care for the sickest children,” Buick wrote.

Other children’s hospitals across Canada are also battling high pressure during the ongoing respiratory virus season.

Fullerton encouraged parents to visit their HEAL webpage at ahs.ca/heal to access information about how to treat children at home and when to seek help from the emergency department.

She also asked parents to vaccinate their children against the flu and COVID-19.

Smart said immunizations are vital to combat viral illnesses, as are health measures such as wearing a mask, washing hands and staying home when sick.

She added that it is difficult to predict when the pressure from the increase in respiratory disease will ease.

“It’s probably going to be a bit of a spike and then a slow burn, but I think the challenge is that even that will be numbers and pressures that are likely to be beyond what the system is staffed and capable of handling, Smart said. .

—With files from Dylan Short and Matthew Black