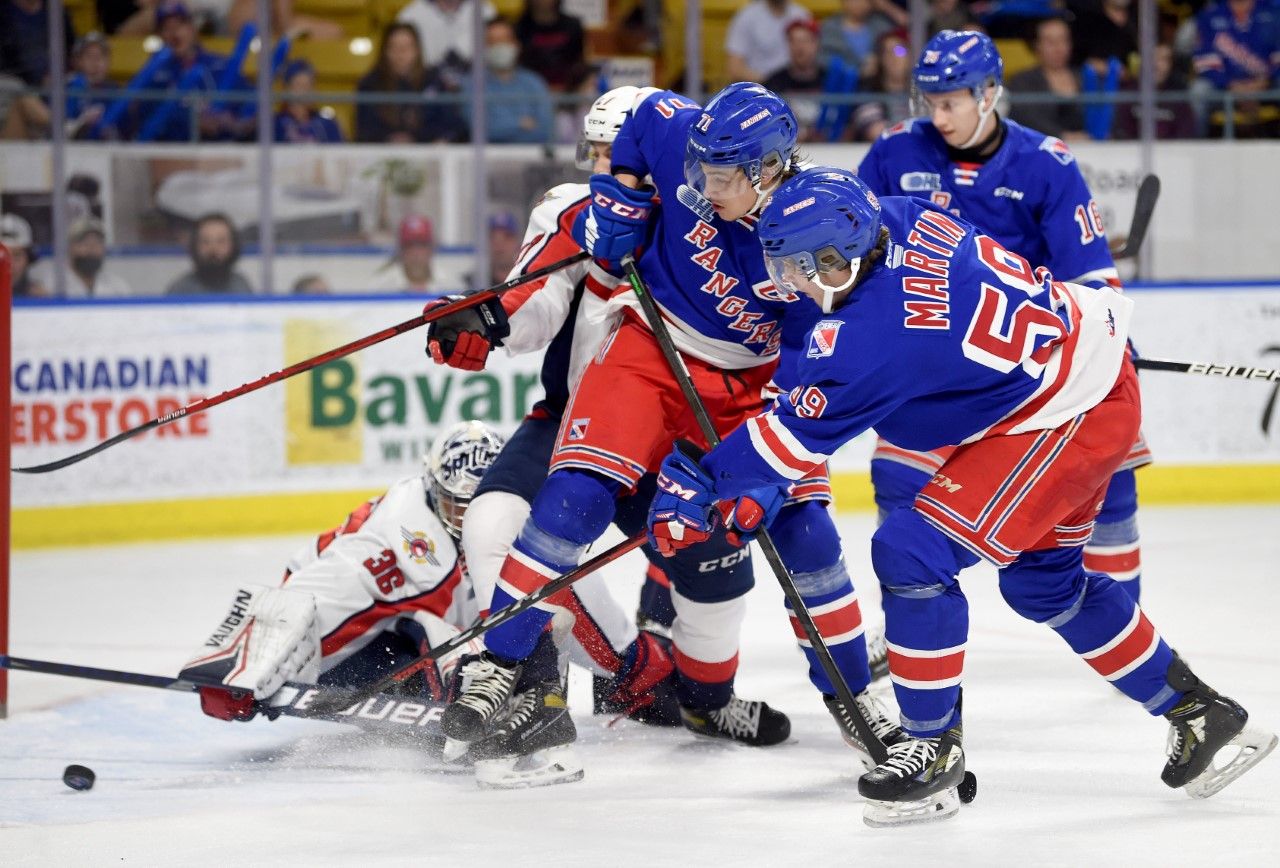 Knocked down again, the Windsor Spitfires again pulled themselves off the canvas to win the fight.

For the third time in this series, the first-seeded Spitfires were behind the seventh-seeded Kitchener Rangers after the first 20 minutes of play.

Once again, the Spitfires used a big second period to take the team to victory over the Rangers.

“Our first periods weren’t great, we were able to regroup and reset for the second periods and came out strong,” said Wyatt Johnston, Spitfires’ center and OHL striker. “We are very resilient and can regroup well.”

Four unanswered goals in the second period reversed an early two-goal lead for Kitchener and the Spitfires won 6-3 over the Rangers for 4,201 at the Memorial Auditorium.

With the win, the Spitfires lead the best-of-seven series 3-1 and can close the Western Conference semifinals in Game 5 at home on Saturday. Playtime at the WFCU Center is 7:05 PM

“You know, I think our team has confidence no matter the score,” said Spitfires defender Michael Renwick. “Regardless of the score, we feel we can beat teams and, whether from behind or with the lead, we know we can win in the end.”

Mitchell Martin and Carson Rehkopf led the Rangers 2-0 after the first period, but Renwick’s first goal of the play-offs, on a power play from Windsor, saw the Spitfires score a goal just 75 seconds into the second period.

“We knew they were going to throw everything at us in the first period,” Spitfires head coach Marc Savard said of the Rangers. “I didn’t like the way we reacted, but we didn’t panic.

“The power play target was huge to begin with and we rolled from there.”

In fact, Josh Currie had Windsor less than seven minutes into the period. After knocking out an extended two-man advantage for the Rangers, Alex Christopoulos grabbed a loose puck in the faceoff circle and put the Spitfires at 3-2 for good. Johnston added another before the end of the period and Windsor led 4-2 after 40 minutes.

“I don’t really think there is a difference between periods,” said Renwick, who saw his team score 12-2 against the Rangers in the second period of this series. “I think we just knew that if we wanted to win, we had to work harder and we did.”

Rehkopf’s second of the game saw the Rangers get inside a goal less than eight minutes into the third period, but goalkeeper Matt Onuska didn’t allow another.

Christopoulos came back with his second goal of the game and then assisted to Johnston’s empty goal, with both players finishing the game with four points and the Spitfires finishing with a dominant 44-24 lead in shots. Lineman Will Cuylle added three assists in the game.

After losing home field advantage in the series with a loss in Game 2 at home, the Spitfires responded with consecutive wins over Kitchener to put the team within target of reaching the Western Conference finals for the first time since 2011.

“We just wanted to look at it game by game,” said Johnston, who has 14 points in four games in the series and leads the OHL in playoff scoring. “We focused on winning the first on Tuesday. Once we got that done, our focus shifted to (Thursday). It was great that we could have both.”