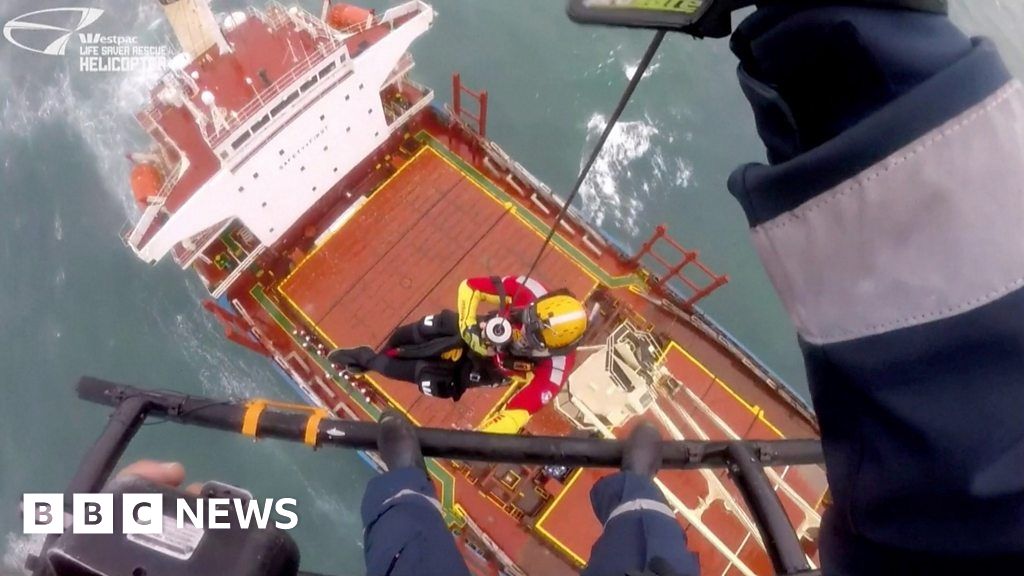 Tug and helicopter teams have been deployed to rescue 21 crew members stranded on their freighter off the coast of Australia.

The ship ran into trouble after it lost power and risked being swept ashore to the nearby Sydney cliffs.

The Westpac Life Saver Rescue Helicopter was dispatched and attempted to rescue the crew of the freighter, but were unsuccessful.

Two tugs were able to assist and sent the ship back to sea, where the rescue attempt continues.