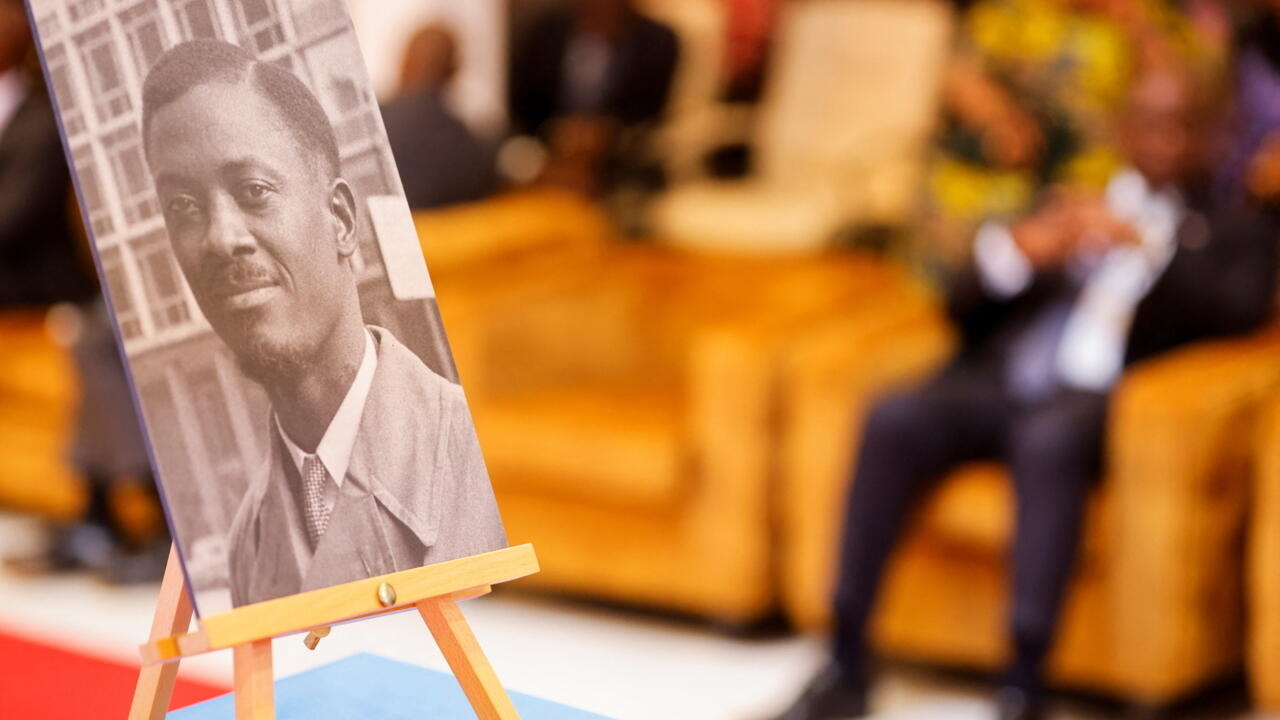 The coffin of murdered Congolese independence hero Patrice Lumumba returned to his home on Wednesday for an emotionally charged tour and funeral, more than six decades after his murder.

A plane brought the remains of Lumumba – a tooth that the ex-colonial power Belgium handed over to his family on Monday – from Brussels to Kinshasa for a nine-day trip around the Democratic Republic of Congo.

The coffin and an accompanying delegation then flew to the central province of Sankuru, where the country’s first post-independence leader was born in the village of Onalua in 1925.

Prime Minister, the police and armed forces of the DRC “are queuing up to pay you their respects on your return to your home village,” a police officer said solemnly, in front of the coffin as it arrived at the airport in the town of Tshumbe.

From there it was 25 kilometers (15 miles) to Onalua, where two days of tribute are planned.

Transported by an army vehicle covered with a Congolese flag, the coffin arrived in the village square to the sound of tam-tam drums.

A podium in the national colors of yellow, blue and red, tents and banners with Lumumba’s face were set up.

The remains will visit places symbolically important to Lumumba’s life and will be buried in a mausoleum in the capital Kinshasa on June 30, after three days of national mourning.

“His spirit, which was imprisoned in Belgium, is coming back here,” said Onalua Maurice Tasombo Omatuku, a traditional chief and cousin of Lumumba.

Finally able to mourn his uncle, but knowing he was murdered in 1961, Omatuku said he felt emotionally torn.

Since 2013, Onalua has been part of a commune called Lumumbaville in honor of the anti-colonial leader.

On Tuesday, just before the arrival of his favorite son, a local resident pointed out a large, unfinished concrete house falling into disrepair with much of the roof missing.

“That’s the family plot where Lumumba was born,” he said.

Catherine Mbutshu said she was delighted to see Lumumba’s “relic” finally return to the land of his ancestors.

“I’m old, my legs hurt, but I’m happy because the son is coming back,” said the woman Lumumba once knew.

“I spoke to him before he left for Kisangani,” his political bastion in northeastern Congo, she said.

Lumumba earned his place in history as an anti-colonial icon when the DRC declared Belgium’s independence on June 30, 1960, and made a fiery speech against settler racism.

He was overthrown in September before separatists from the southern region of Katanga and Belgian mercenaries executed him and two close supporters, Maurice Mpolo and Joseph Okito, on January 17, 1961.

Lumumba’s body was dissolved in acid and never recovered.

Decades passed before human remains were discovered in Belgium, after a Belgian police officer involved in Lumumba’s death bragged to the media about his actions. The Belgian authorities seized the tooth from the agent in 2016.

During a solemn ceremony in Brussels on Monday, a coffin containing the tooth was placed in a box that Belgium handed over to the Congolese authorities in the presence of Lumumba’s family.

“Father, we mourned your passing without performing the funeral prayer… it was our duty as descendants to offer a dignified burial,” said his daughter Juliana.

Two weeks earlier, during his first trip to the DRC, Belgium’s King Philippe reiterated his “deepest regret for the wounds” inflicted by Belgian colonial rule.

Historians say that millions of people were killed, maimed or died of disease when they had to collect rubber under Belgian rule.

The land was also looted for its mineral wealth, timber and ivory.