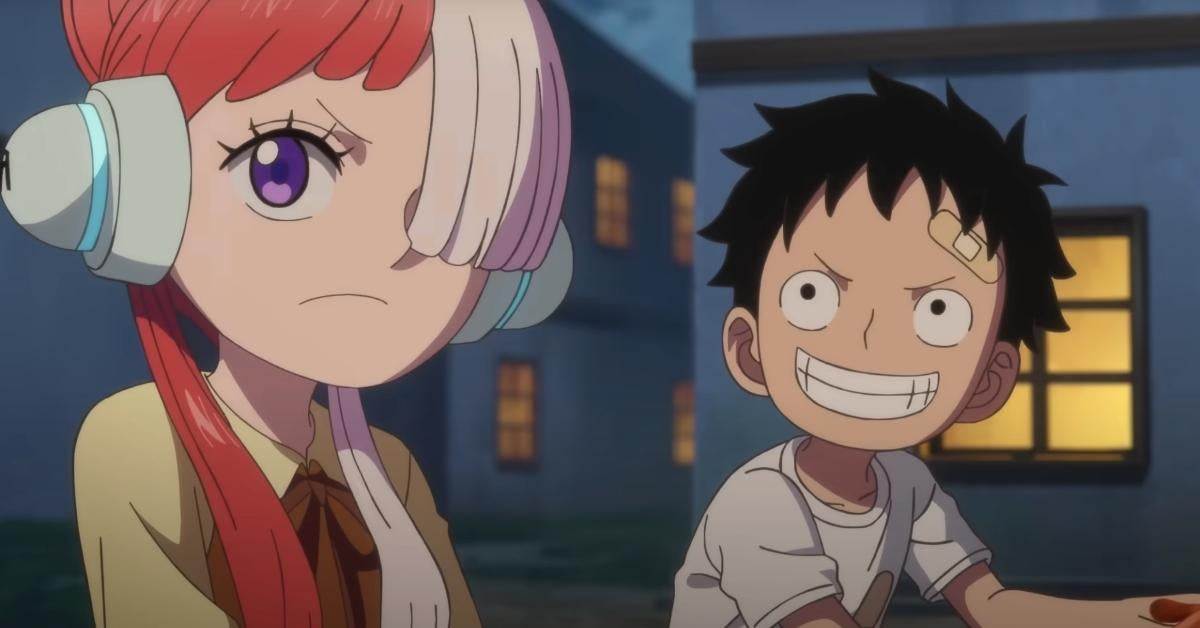 One Piece is launching its next major feature in theaters in Japan this summer, and the latest trailer for the series sets the stage for Luffy’s surprising history with Shanks’ daughter Uta! Red-haired Shanks is simultaneously one of the most important yet mysterious figures in the entire action manga and anime franchise in general. After teasing that he might make his move to the official series in the future, it looks like we’ll soon be seeing a whole new side of him with the impending One Piece Film: Red launch later this year.

With the first teaser for One Piece: Red debuting earlier this year, it was shockingly revealed that Shanks not only has a daughter, but that she and Shanks will play a pivotal role in the new feature film. With the latest trailer and poster recently launched for the movie, it looks like Luffy and Uta really hung out as kids. It’s something that could reveal even bigger elements for the future of the franchise as a whole, and definitely one to keep an eye out for when the movie comes out.

As for when? One piece: red will actually hit, the film is currently slated to hit theaters in Japan on August 6. Unfortunately, no international release plans for the film have been announced yet, but it is highly likely that fans outside of Japan will eventually get to see it given the franchise’s huge popularity. Directed by Code Geass franchise director Goro Taniguchi, written by One piece: gold writer Tsutomu Kuroiwa, and with the creator of the original series Eiichiro Oda as the creative producer, there are questions about whether or not the film will be considered canon.

It’s likely it won’t be placed in the series’ main events exactly, but with the manga’s final saga kicking off not long before the movie hits theaters in Japan, there’s a chance the movie could give us a clue. can give of what Oda might have planned for the series grand finale overall with its core story elements. But what do you think? What do you hope to see from One Piece: Red? What do you think it means for Luffy and Uta to have such a shared history together? Let us know all your thoughts about it in the comments! You can even contact me directly about anything related to animations and other cool stuff @Valdezology on Twitter†