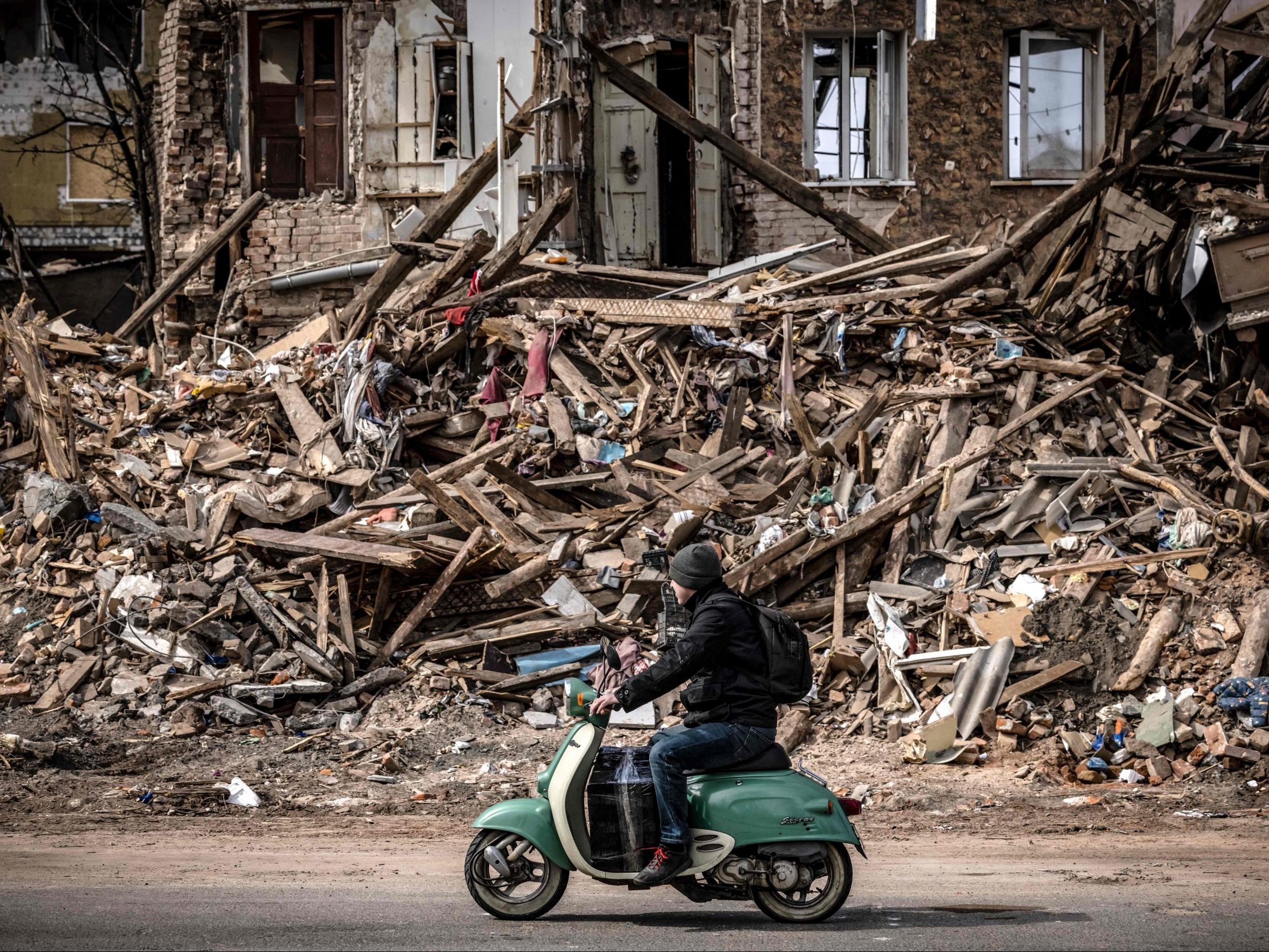 ZAPORIZHZHIA — The Red Cross was renewing efforts to evacuate civilians in a convoy from the besieged port of Mariupol on Saturday as Russian forces looked to be regrouping for fresh attacks in southeast Ukraine.

Encircled since the early days of Russia’s five-week old invasion, Mariupol has been Moscow’s main target in Ukraine’s southeastern region of Donbas. Tens of thousands of civilians are trapped there with scant access to food and water.

The International Committee of the Red Cross (ICRC) sent a team on Friday to lead a convoy of about 54 Ukrainian buses and other private vehicles out of the city, but they turned back, saying they were unable to proceed.

“They will try again on Saturday to facilitate the safe passage of civilians,” the ICRC said in a statement on Friday. A previous Red Cross evacuation attempt in early March failed.

Russia and Ukraine have agreed to establish various humanitarian corridors during the war to allow the evacuation of civilians from cities, and have traded blame when evacuations failed.

People who have managed to get out of Mariupol and through Russian lines to reach the city of Zaporizhzhia described their journey as an ordeal during which Russian soldiers repeatedly stopped them to check for the presence of Ukrainian fighters.

“They stripped the men naked, looked for tattoos,” said Dmytro Kartavov, a 32-year-old builder, adding that the troops paid particular attention to the men’s knees.

“I work, I do repairs, naturally my knees – these are working knees. They say – (you) climbed trenches, dug, and the like.”

Another group said they were stopped around 17 times at Russian checkpoints as they made their way out of Mariupol.

The war has killed thousands, uprooted a quarter of Ukraine’s population and devastated several cities. More than 4.1 million people have fled Ukraine, the United Nations says.

After failing to take a major Ukrainian city since launching the invasion on Feb. 24, Russia says it has now shifted its focus to the southeast, where it has backed separatist forces since 2014.

“Let us have no illusions – there are still heavy battles ahead for the south, for Mariupol, for the east of Ukraine,” Ukrainian presidential adviser Oleksiy Arestovych said on Saturday on national television.

Russia has depicted its drawdown of forces near Kyiv as a goodwill gesture in peace negotiations. Ukraine and its allies say Russian forces have been forced to regroup after suffering heavy losses.

The governor of Ukraine’s south-central Dnipro region, Valentyn Reznichenko, said a Russian rocket hit a rail line in the region on Saturday, badly damaging the tracks and suspending train traffic in the area. He did not say if there were any casualties.

Maksim Levin, a Ukrainian photographer and videographer who was working for a Ukrainian news website and was a long-time contributor to Reuters, was killed while covering the war.

His body was found in a village north of the capital Kyiv on April 1, the news website LB.ua where he worked said on Saturday.

Ukraine calls it an unprovoked war of aggression and Western countries have imposed sweeping sanctions in an effort to squeeze Russia’s economy.

Pope Francis came the closest he has yet to criticizing Vladimir Putin about the invasion. He did not name the Russian president but said a “potentate” was fomenting conflicts for nationalist interests.

“Once again, some potentate, sadly caught up in anachronistic claims of nationalist interests, is provoking and fomenting conflicts, while ordinary people sense the need to build a future that will either be shared or not be at all,” he said during a visit to Malta.

Olena, a psychologist who was buying beer in a supermarket, said it did not mean people had forgotten the war.

“We are just supporting our country in this way. No one will be better off if we are depressed, doing nothing,” she said.

“I’m happy because for two weeks I’ve been walking around thinking ‘I want a beer’,” she said, smiling.

Elsewhere, there was no respite from the conflict.

In the early hours of Saturday, Russian missiles hit the cities of Poltava and Kremenchuk in central Ukraine, Dmitry Lunin, head of the Poltava region, wrote in an online post.

Before dawn, as sirens sounded across Ukraine, the Ukrainian military reported Russian air strikes on the cities of Severodonetsk and Rubizhne in the Luhansk region.

Pro-Russian separatists declared breakaway republics in both Luhansk and Donetsk that Moscow recognized just before its invasion.

The Ukrainian military also said defenders had repulsed multiple attacks in both provinces on Friday, and that Russian units in Luhansk had lost 800 troops in the past week alone. Reuters was unable to verify those claims.

British military intelligence said on Saturday that Ukrainian forces continued to advance against withdrawing Russian forces near Kyiv, and that Russian troops had abandoned Hostomel airport in a northwestern suburb of the capital, where there has been fighting since the first day.

From our newsroom to your inbox at noon, the latest headlines, stories, opinion and photos from the Toronto Sun.

The next issue of Your Midday Sun will soon be in your inbox.