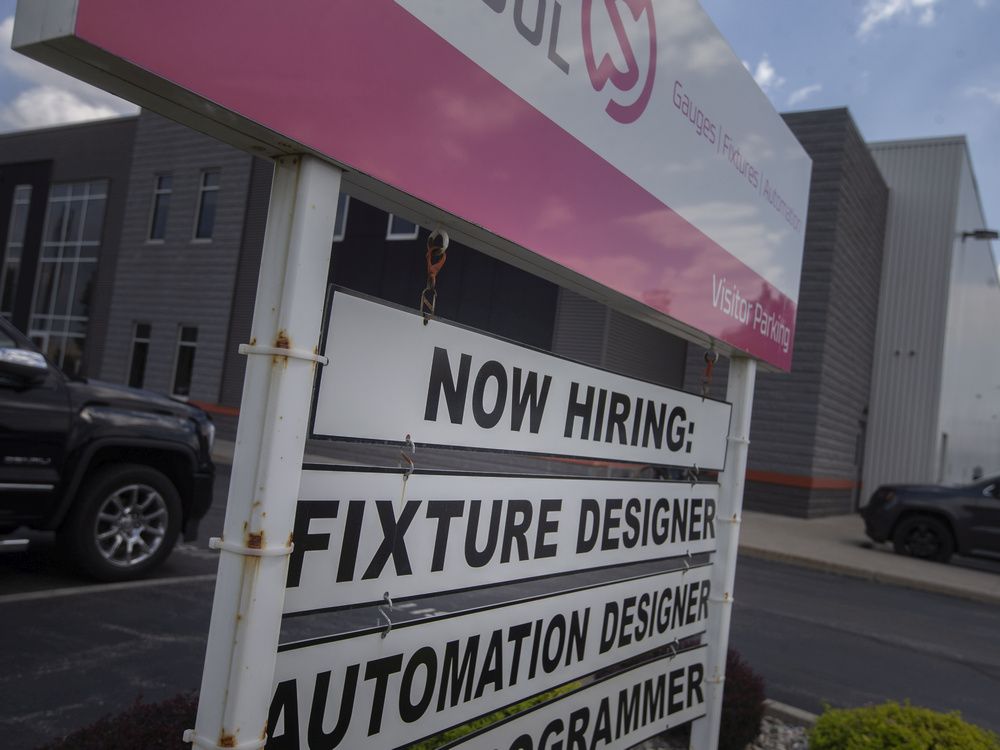 Employment levels first returned to pre-pandemic standards in each province in April, but Statistics Canada reported on Wednesday that that wasn’t enough to keep the number of job openings from hitting a record 1,000,000 positions.

Nearly 40 percent of those vacancies came in Ontario, where the number of job openings rose 4.3 percent in March to a record high of 378,000.

“The reasons for that are a bit mind-boggling,” he said. “I don’t understand how people can make a living with the number of people who don’t work.

Horwitz said the inability to staff businesses is hampering the area’s recovery from the COVID-19 pandemic.

It has also changed the relationship between employees and employers.

“Wages have been raised and that has helped some,” Horwitz said. “Staff is difficult, especially in the hospitality industry, where everyone is competing for the available workforce.

“You have to try to balance price, quality, wages, inflation and interest rates, because they’ve all played a role.”

The labor market has been tightening steadily since the first quarter of 2020, when there were 2.4 unemployed for every vacant job. By April 2022, that ratio had shrunk to a record level of 1.1 unemployed per job vacant.

The catering and housing sector had the largest percentage of unfilled vacancies at 11.9 percent.

That sector also paid the lowest wages, at $15.85 per hour, although that was a 5.4 percent increase year-over-year. The increase was more than twice as high as the percentage increase in the average wage increase for all other sectors (2.4 percent).

However, the Statistics Canada report suggests that there is still a mismatch between the wages offered and the minimum wages deemed acceptable by workers to perform a job in all sectors.

“One of the issues with headcount is that companies can’t provide hourly guarantees because they’re unsure of business volume or when that volume will be because we haven’t fully recovered from the pandemic,” said Tourism Windsor Essex Pelee. Island CEO Gordon Orr.

“There is a general feeling that some people may not want to work or wait to find something more suitable or enjoyable.

“COVID has changed many people’s minds about work, career paths and where and for how long they want to work. People have taken a step back and looked at their work-life balance.”

Orr said he’s heard many stories of restaurants not opening for lunch because they couldn’t guarantee they would have a cook to man the crew. The inventory of hotel rooms is also lower because companies cannot get enough cleaning staff to ensure on-time room churn.

“Owners, management and other staff are doing front-of-house work that they’ve never had to do before,” Orr said.

“Many people lost a lot of personnel during the pandemic who never came back.”

The problem is not limited to this area, nor to the tourism and hospitality sector alone.

The industry reported a 7.3 percent increase in job openings from March to 90,400 job openings nationwide. Other sectors that reported large job openings were construction (89,900 positions), professional and scientific (73,700), transportation and warehousing (52,000) and finance and insurance (49,900).

“This isn’t good for the country,” Horwitz said. “I think it will get better, but slowly.”