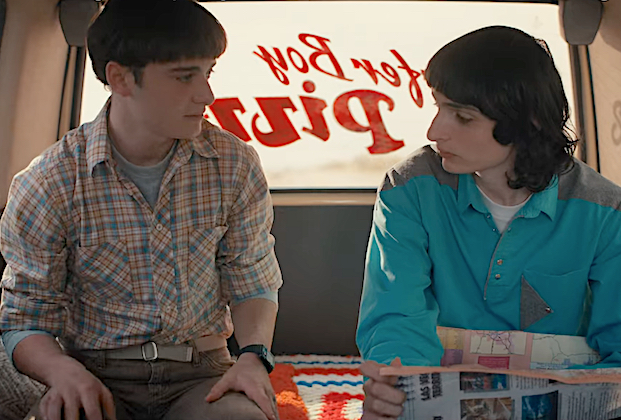 Warning, Brochachos: The following contains spoilers for the eighth episode of Weird stuff Season 4. If you’d rather watch first, read later, show yourself.

When TVLine spoke to Weird stuff creators the Duffer Brothers prior to the release of part 2 of the penultimate season of the Netflix hit, they assured us that we would get clarity about Will’s sexual orientation in the coming episodes. (Read the interview here.) That moment seemed to arrive on the road to Nevada in “Chapter Eight: Dad.”

While Mike mulled to his bestie that he was afraid Eleven would eventually realize she doesn’t need him, Will held up a pep talk that certainly sounded like the voice of experience. “If you’re different,” he said with teary eyes, “sometimes you feel you’re making a mistake.”

While they’re no more unique than the super-powered El, Mike made her “feel like she’s better because she’s different,” Will continued, “and that gives her the courage to fight on.” Once Mike was reassured, Will turned away and burst into tears.

So no, it wasn’t a “Yes, I’m gay” kind of statement. But it made it pretty obvious what Will was going through, right? When he listened in from the driver’s seat, big brother Jonathan seemed to understand. The question is, is that clear enough for you? Considering it’s 1986, Will probably felt terribly unsafe even saying as much as he did to Mike. Weigh in the poll below, then leave your thoughts on the matter in the comments.