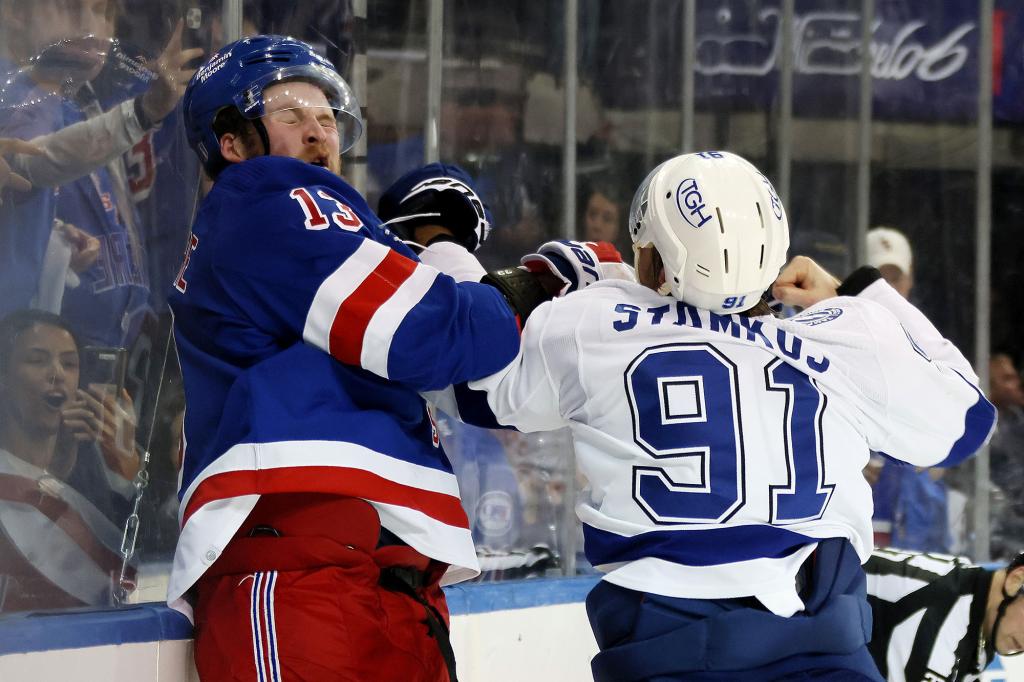 Tempers are high as the Eastern Conference Finals return to Tampa.

At the end of the Lightning’s 3-1 win over the Rangers on Thursday night in Game 5 at Madison Square Garden, the fists began to fly.

The pair got fighting majors on the scoresheet for their troubles.

Stamkos and Lafreniere weren’t the only couple engaged in some post-buzz shenanigans.

Tampa Bay’s Erik Cernak and Rangers defender Adam Fox each got two minutes for beating each other, while Blueshirts center Ryan Strome also earned a pair for cutting Cernak.

Losers of three straights, the frustrations boil for the Rangers, who must win Game 6 in Tampa on Saturday to keep their season alive.