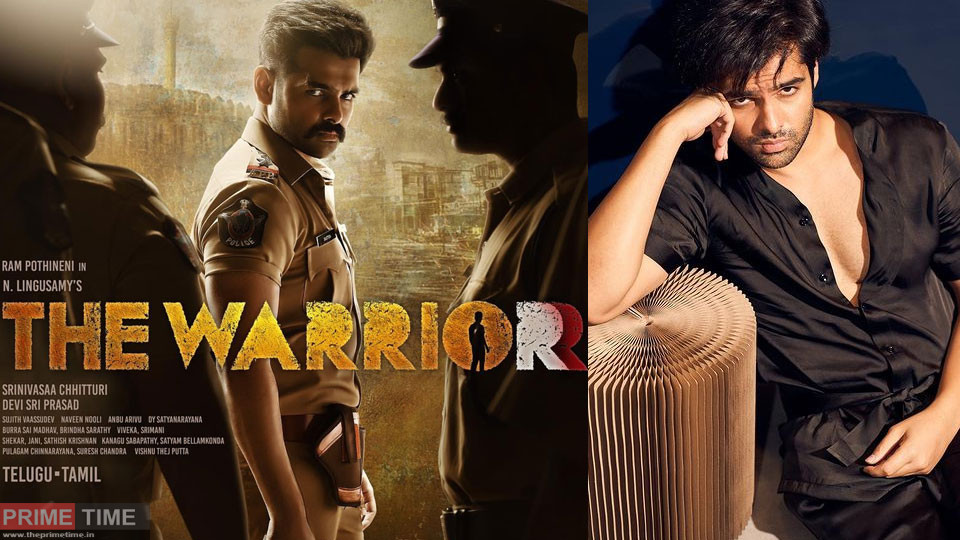 Ram Pothineni starrer Telugu-Tamil bilingual film, The Warrior trailer has been released through online entertainment stages. The film is directed by N Linguswamy. Judging by the trailer video, the movie promises to have a lot of entertainment. Ram as a cop looks sharp and his chemistry with Krithi Shetty looks amazing. The movie should be based on true events.

Aadhi Pinisetty, who has shown his determination in both Kollywood and Tollywood, looked menacing as the main opponent in the trailer. The police show will feature Uppena fame, Krithi Shetty as the female lead, and Akshara Gowda, Nadhiya, Bharathiraja, Chirag Jani and Redin Kingsley will star in Ram Pothineni’s next.

The Tamil version of Whistle Song was released a few days earlier. Music made by Devi Sri Prasad, the melody is sung by Anthony Daasan and Srinisha Jayaseelan and the lyrics are written by Sahithi. The energy of Ram and Krithi is unmatchable in the song and it seems to be a hit like the first song Bullet-tune, which has crossed 90 million views on YouTube.

The police show is supported by Srinivasaa Chitturi under the Srinivasaa Silver Screen flag and presented by Pavan Kumar. Devi Sri Prasad has provided the basic score and melodies for the film. The cinematography is provided by Sujith Vaassudev. Ram Pothineni’s Telugu-Tamil bilingual film, The Warriorr, will hit theaters on July 14.