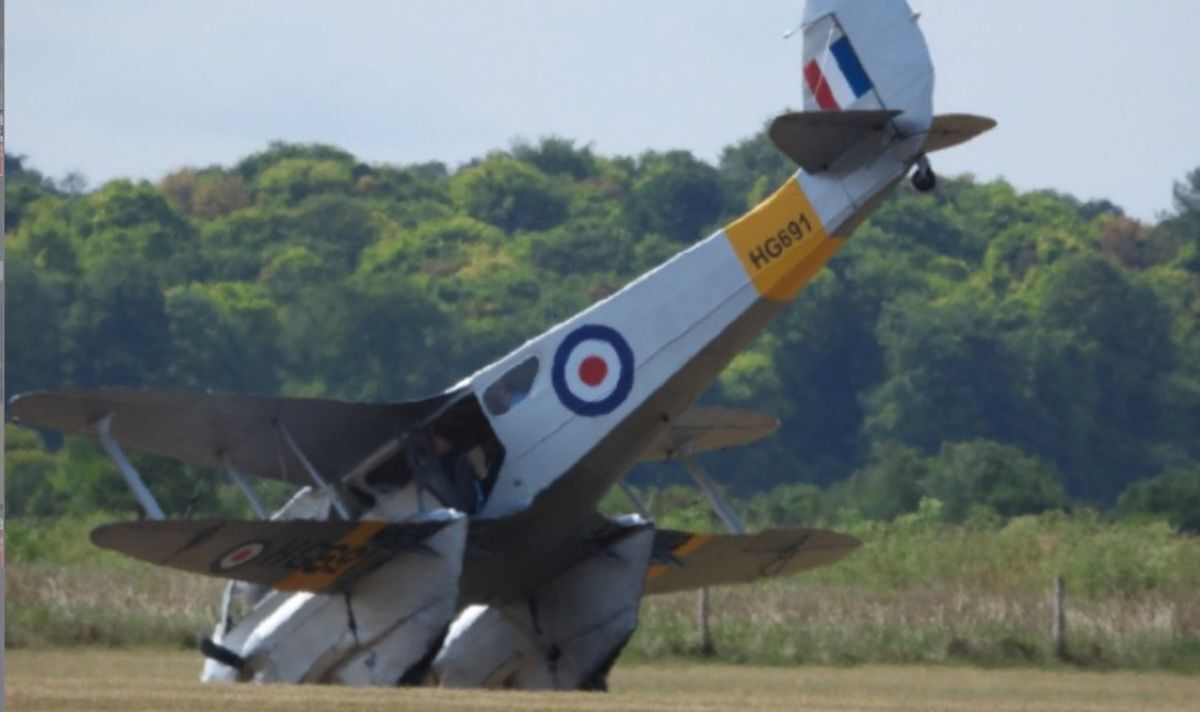 The 1930s plane, which reportedly had eight passengers and a pilot on board, was photographed near-vertical moments after the crash during the summer air show at the Duxford Imperial War Museum on Sunday, June 19. A witness said the plane – a de Havilland Dragon Rapide – had plunged or suffered a front wheel failure during landing.

Fire trucks and a crane were seen next to the plane after the crash.

Show officials did not confirm what caused the crash, but said the incident had been dealt with.

IWM Duxford said no one was injured in the incident this morning and the air show would go ahead as planned.

IWM Duxford tweeted: “There has been a minor incident with an aircraft on the ground during today’s Duxford Air Show.

“There are no injuries and the flying program for today’s event will proceed as planned.”

Paul Hodson, who photographed the aftermath of the incident, said there was a “strong gust of wind” when it happened.

He said: “I haven’t heard anything official, but there was a pretty strong side gust at the time.”

Another spectator said: “I saw it take off and fly around a bit before the crash.

“I think it went into a nosedive or the front wheel gave out on landing.”

Another eyewitness told CambridgeshireLive: “It looks like a plane landed nose first, the end of it is in the air, two fire engines, presumably from the airport and a crane.”

The air show, with the Red Arrows on Saturday, will take place this weekend and will last until 6 p.m. tonight.

The sold-out event had a packed calendar of air shows and Battle of Britain exhibitions.

The de Havilland Dragon Rapide was designed in the 1930s.

It was deployed during World War II to be used for training and communications missions.