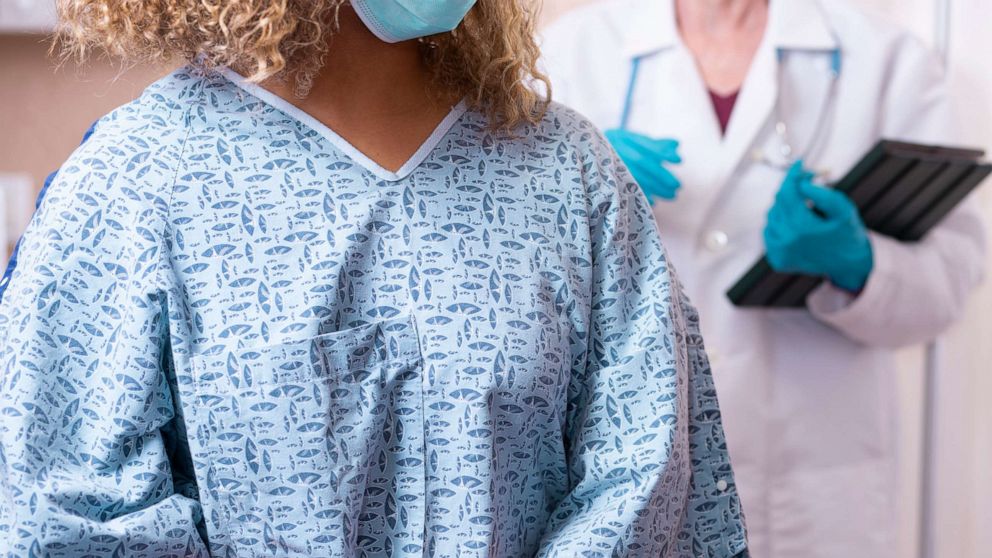 Racial and ethnic minorities in the United States continue to be disproportionately burdened by cancer, a new report suggests.

The report, published by the American Association for Cancer Research on Wednesday, found that black, Hispanic, Asian and Indigenous patients are more likely to be diagnosed with cancer and die from the disease compared to white patients, despite the overall reduction in cancer incidence and mortality.

“If we want to eliminate inequalities, we have to do our job much better than we’ve done them,” says Dr. Lisa Newman, chair of the AACR Cancer Disparities Progress Report 2022 steering committee and chief of the breast surgery section at NewYork-Presbyterian and Weill Cornell Medicine in New York, told ABC News.

The findings also showed that Hispanic patients have a death rate from liver cancer nearly double that of white patients.

In addition, American Indian/Alaskan Native patients have an 80% higher incidence of kidney cancer than their white counterparts.

However, there has been an improvement. The disparities in overall cancer death rates between racial and ethnic groups in the US have narrowed over the past two decades.

“There is room to be optimistic that we will overcome this problem, but the differences still exist, and they exist to varying degrees in different cancers,” Newman said.

The report also examined inequalities based on gender identity, neighborhood income, and urban versus rural environments.

Results showed that transgender men are more than twice as likely to be diagnosed with cancer compared to cisgender men.

Newman said LGBTQ patients may not seek care for their cancer because of fear of discrimination, and by the time they seek care, their cancer is at an advanced stage.

“We need to make sure that the health care system is set up so that the LGBTQ community is comfortable coming in and getting their cancer diagnosed and treated,” she said. “Concerns about implicit bias are very real. Discrimination is very real and we have to respect that those concerns exist for the right reasons.”

Previous studies have shown that a lack of trust in the health care system is one of the reasons why people of different backgrounds may not seek care for cancer or other diseases.

The report also found that death rates were 12.3% higher for all cancers in low-income counties compared to higher-income counties. For stomach cancer in particular, the death rate was 43% higher.

When it came to rural areas, individuals had 17% higher death rates from all cancers compared to Americans living in urban areas, with 34% higher rates for lung cancer and 23% higher rates for colorectal cancer.

Experts say these differences have only been exacerbated by the COVID-19 pandemic.

Screening rates were lower among people of color and lower socioeconomic class, highlighting existing barriers to care that were heightened during the COVID-19 pandemic, in addition to the new barriers to screening.

“COVID-19 has caused millions of people to postpone their cancer screening [and] delay in seeking symptoms…resulting in a huge increase in the number of people being diagnosed with cancer this year and next, as well as more people being diagnosed in later stages,” Dr. Carol Brown, a gynecologic cancer surgeon and senior vice president and chief health equity officer at Memorial Sloan Kettering Cancer Center, who was not involved in the report, told ABC News.

She continued, “This effect is even more pronounced in groups at higher risk for differences with cancer outcome.”

This was also supported by a recent study led by researchers from the American Cancer Society, which found that the number of cancer-related deaths increased by 3.2% in the first year of the pandemic.

To close the gaps, the report’s authors recommend ensuring that clinical trials include a diverse group of patients and that researchers separate data on cancer incidence and death rates into not only broad categories, but also subpopulations.

“We need culturally tailored cancer screening awareness strategies for different populations in the US, especially individuals from racial and ethnic minority groups or unique communities such as the LGBTQ[IA]+,” said Dr. Dan Theodorescu, director of Cedars-Sinai Cancer, who was involved in the report, told ABC News.

He added: “Another important example is the different incidence rates of breast cancer in Asian subpopulations compared to other Asian ethnicities and white women. We don’t often have conferences that focus on the cancer burden of a specific population, but maybe it is now time to get started.”

Many cancer centers, such as MSK and Cedars-Sinai, have dedicated teams to increase minority access to clinical trials, such as the Endometrial Cancer Equity Program, and raise awareness about screening in the communities they serve through community engagement and outreach. programs.

“We can address these disparities related to lack of trust by developing a diverse workforce of cancer clinicians and researchers who reflect the people we are trying to help,” Brown added.