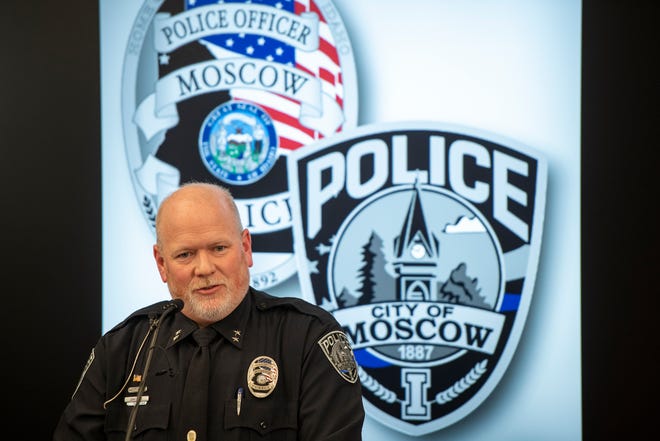 It’s been three weeks since four students at the University of Idaho were fatally stabbed in their sleep, but the time since the brutal killings seem to have raised more questions than answers.

The tragic case in Moscow, Idaho, has thrown the spotlight on the small college town of about 26,000. The city has been swamped by local, state and federal officers, as well as the national media, as questions arise about who might be responsible for the November 13 murders, the location of the murder weapon and why the investigation appears to be stalled. Crime experts believe those questions have been compounded by conflicting information released by authorities.

“This is a very real, unusual crime and an investigation like this takes time,” said John Delatorre, a forensic and disaster psychologist. “This could take weeks, months, maybe even longer.”

Add to that the fact that until the stabbings, local police hadn’t reported a murder in about five years and may not have been prepared for such a mass tragedy, Delatorre said.

However, fear and uncertainty continue to surround the deaths of Ethan Chapin, 20, Madison Mogen, 21, Kaylee Goncalves, 21, and Xana Kernodle, 20, especially after authorities released conflicting information about whether the attack was isolated and whether of a sustained attack. threat to the community.

Authorities initially said the stabbings were an “isolated, targeted attack”, without specifying why and that there was “no imminent threat” to the public.

Moscow police chief James Fry retracted that statement on Nov. 16. “We can’t say there isn’t a threat to the community and as we’ve said, please remain vigilant, report any suspicious activity and be aware of your surroundings at all times,” Fry said. .

More questions piled up last week after that Latah County Prosecutor Bill Thompson said during an interview with NewsNation on Tuesday that “detectives believe whoever is responsible was specifically looking at this particular residence”.

The following day, Moscow police responded somewhat to Thompson’s comments, saying there had been a “miscommunication” with the chief prosecutor and that investigators were still searching for a motive.

“We have spoken with the Latah Prosecutor’s Office and determined that this was a miscommunication,” the Moscow police said in a press release.

“The detectives do not know at this time whether the house or any residents were targeted, but they are continuing the investigation,” said the police. “At this time there is no change or new information in this case, otherwise references would be inaccurate.”

The back-and-forth came before hundreds of students and residents attended an emotional vigil on Wednesday. Many held electric candles and lights from their mobile phones in memory of the slain students.

“We are not used to this kind of violence in our city or at our university,” Scott Green, president of the University of Idaho, said during the vigil, adding that he also “recognizes the enormity of the task ahead of dozens of law enforcement experts. is. .”

‘WE CONTINUE DRIVING FOR ANSWERS’:University of Idaho campus remembers slain students amid mystery and still-fugitive killer

Public perception, lack of information about stabbings in Idaho

The public’s perception of the lack of meaningful information released by law enforcement has seemingly only intensified questions, including from loved ones of the victims.

“Detectives are aware of a sixth person listed on the lease in the residence. They have spoken to this person and confirmed that they left before the start of the school year and were not present at the time of the incident. Detectives do not believe this person has any involvement in the murders.” The Moscow police reported this in a press release on Friday.

Police have also had to repeatedly question where the victims were when they were killed; Goncalves and Mogen were in one room. “In the end they died together, in the same room, in the same bed.” according to Steve Goncalves, Kaylee’s father, and Chapin was with his girlfriend, Kernodle. Authorities also addressed questions about reports that one of the victims made a number of phone calls shortly before the attack.

“There is speculation, without any factual basis, fueling fear in the community and spreading false facts,” the Moscow police said.

In an interview with Fox News on Thursday, Goncalves said his family remains frustrated with authorities’ lack of transparency, their mixed messages and continued confusion leading them to ask the public for answers.

“I don’t like it at all,” Goncalves said. “I know these statements take hours and several people to review. It’s not like this was said on the side of the street within the first five hours of the case.

“These guys are professionals. They sat in a room and this is what they came out with?” Goncalves continued. “They keep coming out with statements that raise more questions than they answer. And then that creates pressure.”

Delatorre believes authorities have failed to take the victims’ families or the public to a place where they can exercise patience.

“I don’t think they do a very good job of managing their dissemination of information,” Delatorre said.

‘I think they are spreading panic’

That sheer size can mean a lot to authorities, especially when the public’s questions go unanswered, said Carole Lieberman, a forensic psychiatrist.

“I think a lot of people are frustrated with how they’re handling this,” Lieberman said of the police’s alleged lack of information. “From the very beginning, they’ve told different stories. They say something and then walk it back. That’s not acceptable.”

Lieberman said that while it’s “not unreasonable” that authorities don’t have a suspect yet, their actions could make it look like they’re covering up something or have nothing at all.

That’s not necessarily true, said Alison Sullivan, a retired police detective in suburban Hartford, Conn. Sullivan said law enforcement should do their best to protect any information and evidence that could be critical to their investigation.

“They understand the need to balance the interests of the public, especially as terrifying as four people murdered in their home, but they urgently need to protect the integrity and effectiveness of their research,” said Sullivan, who spent 20 years was handling cases ranging from sex crimes to homicides for the Wethersfield (Conn.) Police Department.

Sullivan said she understands the public’s frustration, as local, state and federal authorities in Idaho have said they have collected more than 100 pieces of evidence, 4,000 photos, 1,000 tips and talked to 150 people.

There could be an expectation that authorities would tell the public something more substantive, Sullivan said. But if authorities say one thing that could potentially throw off their case, it could be “counterproductive” to the investigation, Sullivan continued.

“Sometimes you have to keep quiet about what you know,” Sullivan said. “And as a detective you definitely don’t want to show your cards.”

Now authorities are grappling with a killer who seemingly had only one thing on his mind, Delatorre said.

“They went in there specifically to stab people and then left,” Delatorre said. “That kind of individual is well thought out, well organized and tried to make no mistakes. An organized killer who was mentally and physically well trained and thought about it for a very long time before committing to it.”

Goncalves told ABC News that the family had not yet held funeral services for his daughter because they feared the killer would attend.

“My wife’s biggest fear, part of the reason we didn’t have a funeral, is that she couldn’t guarantee that monster wouldn’t be there,” Goncalves said.

“I haven’t earned the ability to grieve the way I want to,” Goncalves added. “I want to get justice first.”

‘AM I SAFE IN THE PUBLIC?’:For many, mass shootings make a sense of danger inescapable

“DON’T HAD ANY TIME TO SHOUT”:When the shooting started in Club Q, bodies fell and an army vet stood up

The gruesome scene and possible DNA captured from the killer may hold the key evidence, experts say — especially since there were multiple victims.

“From my investigative experience, it is very unlikely that a suspect will enter and leave a residence without leaving substantial traces,” Sullivan said. “In this case, you literally quadruple the chance that the suspect left traces.”

Lieberman said, based on her past experiences, that the suspect is likely male.

“If someone is going to inflict that many stab wounds on four people in a relatively short period of time, they have to be physically strong,” Lieberman said.

Jeffrey Kernodle, the father of Xana Kernodle, told a Phoenix TV station that his daughter likely fought with her killer and shared a similar description from the coroner.