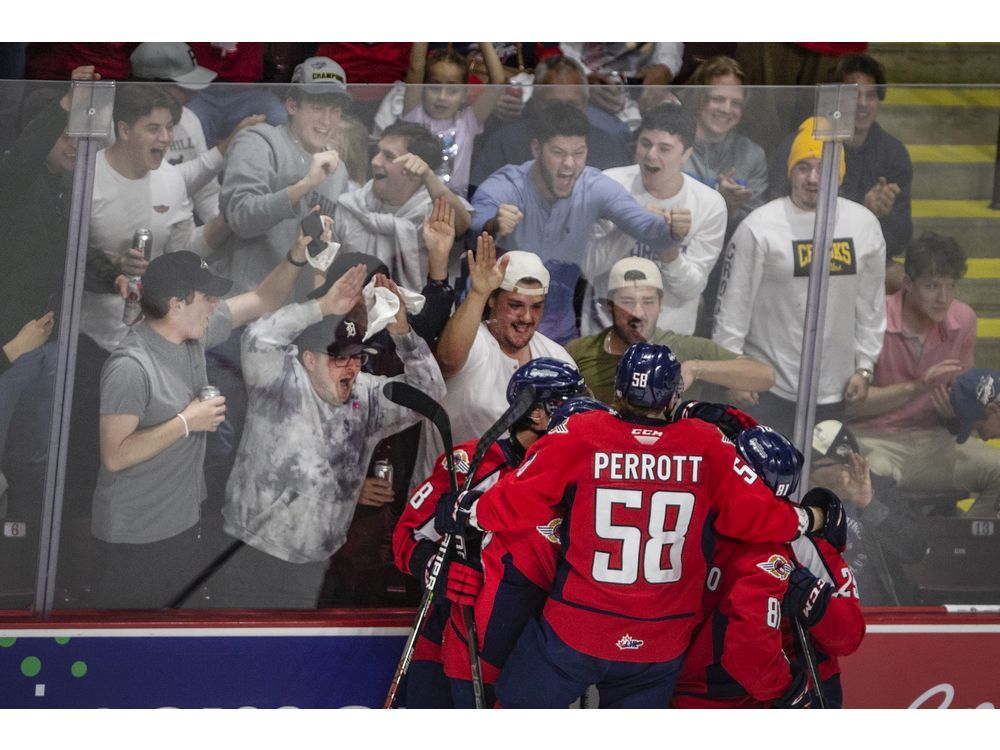 There’s a chance for more than just an Ontario Hockey League title for the Windsor Spitfires.

A title is the main focus of the team heading into Game 4 of Friday’s league final against the Hamilton Bulldogs. Game time is 7:00 PM at the WFCU center.

Windsor holds a 2-1 lead in the best-of-seven series, but Friday’s game offers the Spitfires and Bulldogs another chance to showcase talent.

With few junior hockey teams left on the ice, more and more scouts will turn their attention to this series and the talent on display.

“The further we get, the more looks we’ll get,” said Spitfires striker Matthew Maggio. “The main goal is to win, but the more you win, the more scouts come to watch.”

On Tuesday, Spitfires center Wyatt Johnston took his third major OHL award this season when he was named the Red Tilson Trophy winner as the league’s most outstanding player.

The future of Johnston, a first-round pick of the NHL’s Dallas Stars, looks almost certain, but he’s also driven to play for his teammates.

“They’re the best teammates I’ve ever had,” Johnston said. “They have helped me so much this year and have been so supportive.”

Johnston hopes any success he helps bring to the ice will not only help the team in its quest for a title, but also help his teammates gain some recognition.

“The further we go as a team, the further each individual is looked at and given a chance,” Johnston said. “With team success comes personal success and that has been a goal of ours to push as a team to win because in the end you will look better personally, give you more looks and give you a better chance of making it to the next one. level.”

Center Ryan Abraham and defender Nick De Angelis, despite playing regularly with the team, were not recognized by NHL Central Scouting in the final rankings this year. Maggio, who was passed in the draft last year, dropped back on the list in the final ranking after a season of 38 goals. The chance to keep playing gives all three players the opportunity to present for NHL clubs, who ultimately make the roster and not the central scouting.

“These guys are NHL picks in my opinion and hopefully they will continue to play to prove them wrong,” said Bill Bowler, Spitfires general manager.

In 2009, when the Spitfires won the team’s first Memorial Cup title, Lane MacDermid, Scott Timmins and Eric Wellwood were all drafted in that year’s NHL Draft after being sidestepped in previous years. All three eventually made it to the NHL.

That shows the power of playing longer, which is good news not only for players like Abraham, De Angelis and Maggio, but also for players like defenders Louka Henault, Andrew Perrott and forward Daniel D’Amico, who will be timed out after this season. has in juniors. and still have high hopes.

“You want to extend your OHL career as long as possible,” Henault said. “Of course, the more time I spend here, the more I’m seen.”

And while the focus is on the ice, it’s not just the players who get the attention of the club’s first appearance in a league final since 2010.

“Of course I’m worried about these things right now,” Savard said. “I heard it, nice to hear, but I haven’t spoken to anyone.

“I’m worried about getting through these play-offs. My goal is to stay at this level as long as I have to excel and who knows how long that will take?”