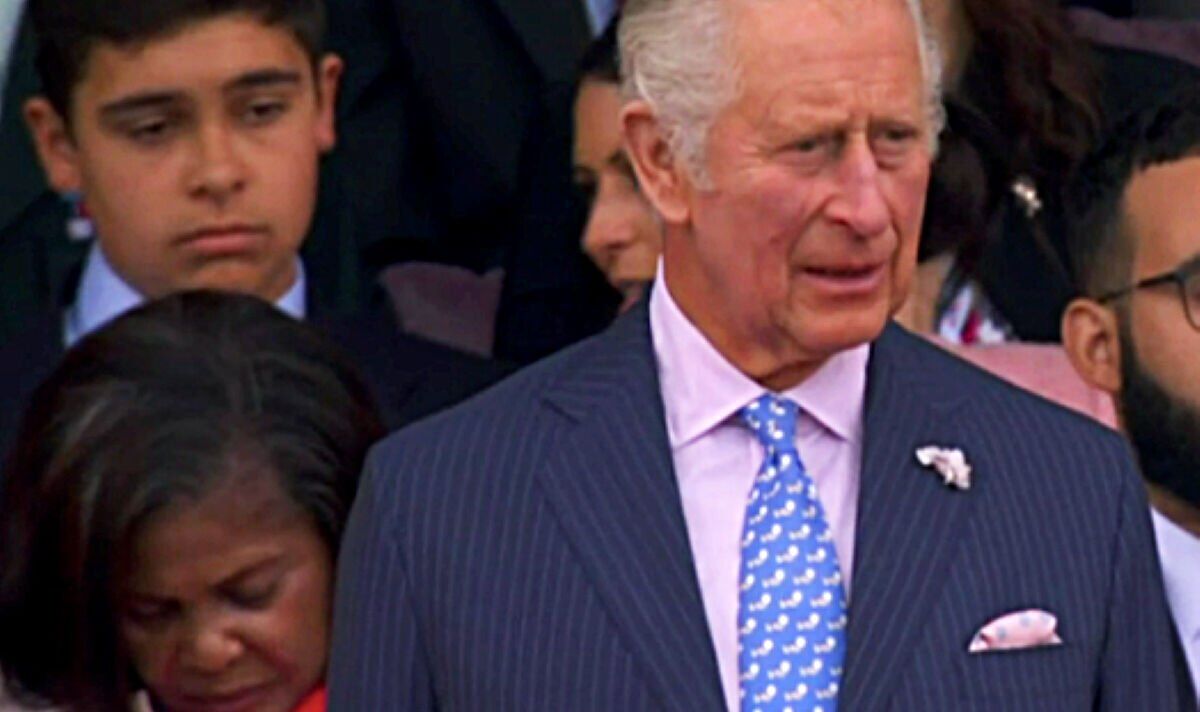 The Prince of Wales took place in the Royal Box on Sunday during the last day of the anniversary celebration. Behind him, however, a woman appeared to be fast asleep, sparking a torrent of outrage from Twitter users. The woman’s eyes seemed closed, even as a military parade passed the royal box.

One Twitter user described the incident as “so disrespectful”.

“There are millions of people in this country who would give their right arm to watch the parade from that seat!!”

Another Twitter user named Sarah Robinson said, “How does she sleep?