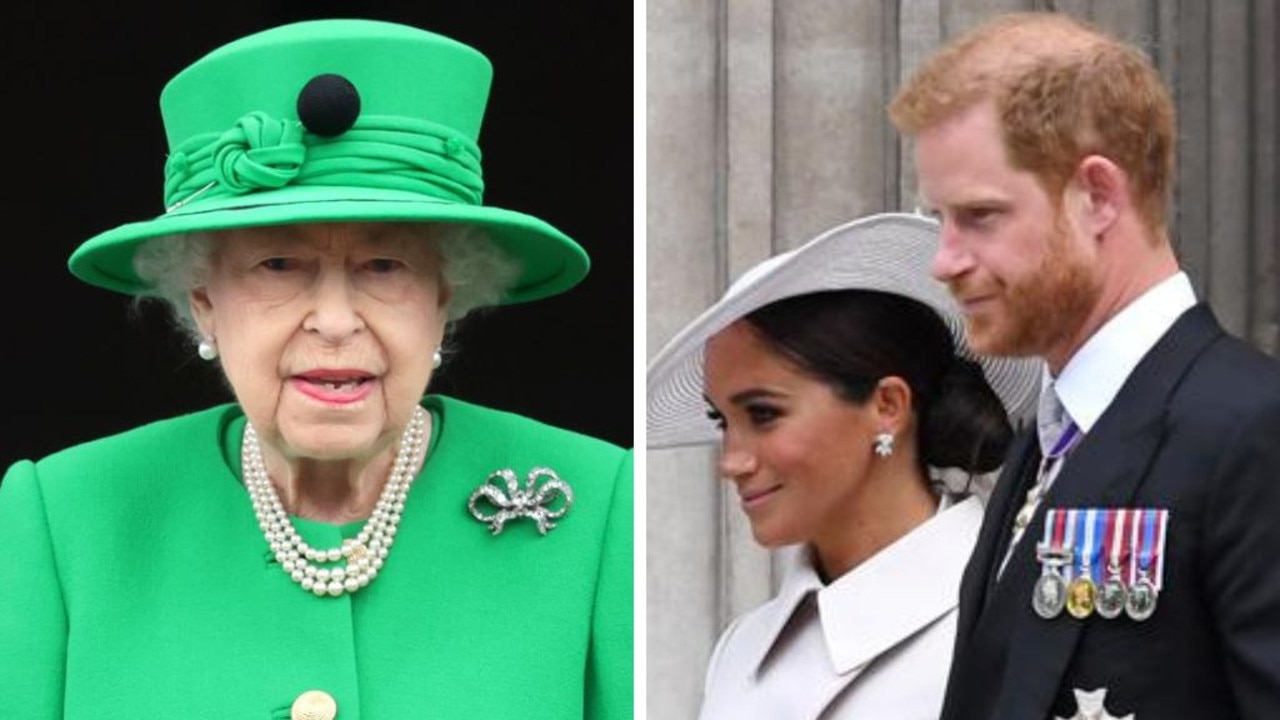 Prince Harry and Meghan Markle reportedly spent 15 minutes with the Queen after returning to the UK for her platinum anniversary.

The Queen met Prince Harry and Meghan for just 15 minutes as they returned to the UK for her platinum anniversary.

Their time with the monarch — who saw the couple’s daughter, Lilibet, one, for the first time — was “formally” held by Buckingham Palace aides, The sun reports.

Harry, 37, and Meghan, 40, who were also with son Archie, three, saw the Queen in Windsor on Thursday, June 2, as the anniversary celebrations began.

“It was a quick in and out. It was all quite formal,” a source said.

The sun told Tuesday how the Sussexes were banned from bringing a photographer to Windsor Castle to capture the moment when The Queen met namesake Lilibet.

The pair were subsequently kept at bay by senior royals during the anniversary.

They flew back to California last Sunday before the celebrations were over and soon saw Harry playing polo again at home.

The Cambridges are expected to move into a house on the Windsor Estate this summer.

Until now, the newly renovated Adelaide Cottage has been considered the family’s first choice when moving from London to Berkshire.

But on time The Sunday Times reports that the Cambridges could move to ‘the big house’ as Prince Charles doesn’t plan on spending as much time in Windsor Castle as the Queen when he’s king.

Meanwhile, Prince Andrew could be sent to Scotland to escape the “public eye” after the Queen held secret talks about his future.

Her Majesty has reportedly spoken with the Duke of York and leading members of the royal family about ways for the scandal-stricken prince to rebuild his life out of the public eye.

This article originally appeared in The Sun and is reproduced with permission.