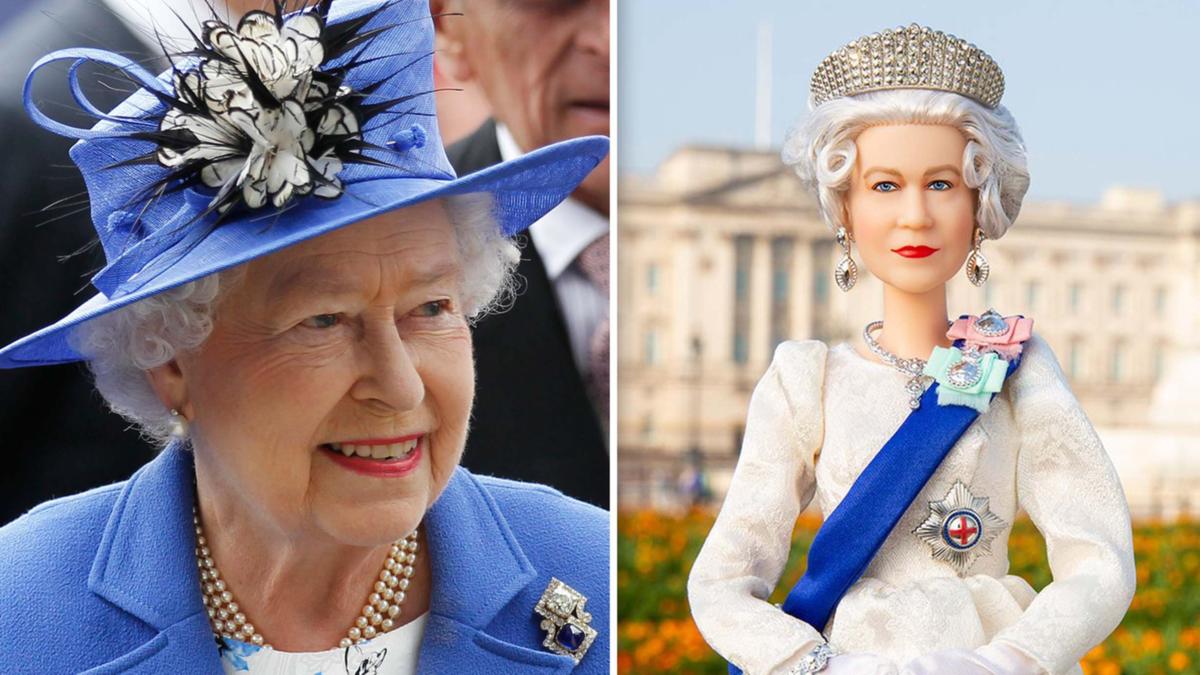 Since the Queen is celebrating her special day, it’s only right that she dress all the way up for the occasion.

And yesterday there was a surprise in store as the birthday girl became a Barbie girl.

The doll, who bears more than a fleeting resemblance to Dame Helen Mirren when she played the monarch in 2006, has unlined skin, a long neck and a burst of red lipstick instead of the queen’s favorite pink.

But at least the outfit is recognizable: an ivory dress and blue ribbon decorated with her royal family orders, and a fringed tiara like the one she wore on her wedding day.

But at $174, the Tribute Collection Barbie doll, made by Mattel to celebrate its platinum anniversary, may not be for the kids.

Meanwhile, the Queen celebrates her 96th birthday privately and retreats to the Sandringham estate in eastern England, which has provided the monarch and her late husband, Prince Philip, with a haven from affairs of state.

She is expected to spend the day at the estate’s Wood Farm cottage, a personal retreat where she also spent her first Christmas since Philip’s death in April 2021.

Philip loved the cottage, in part because it’s close to the sea, she said in February when she hosted a rare public event in Sandringham.

“I think the Queen’s approach to birthdays very much embodies her calm and tenacious attitude,” said Emily Nash, the royal editor at HELLO! magazine.

This birthday falls during the Queen’s platinum anniversary year, marking her 70 years on the throne. While Thursday will be quiet, public celebrations will take place in June with four days of festivities.

The day marks another milestone in a tumultuous period for the monarch, who has sought to cement the monarchy’s future amid signs of her age and family controversy.