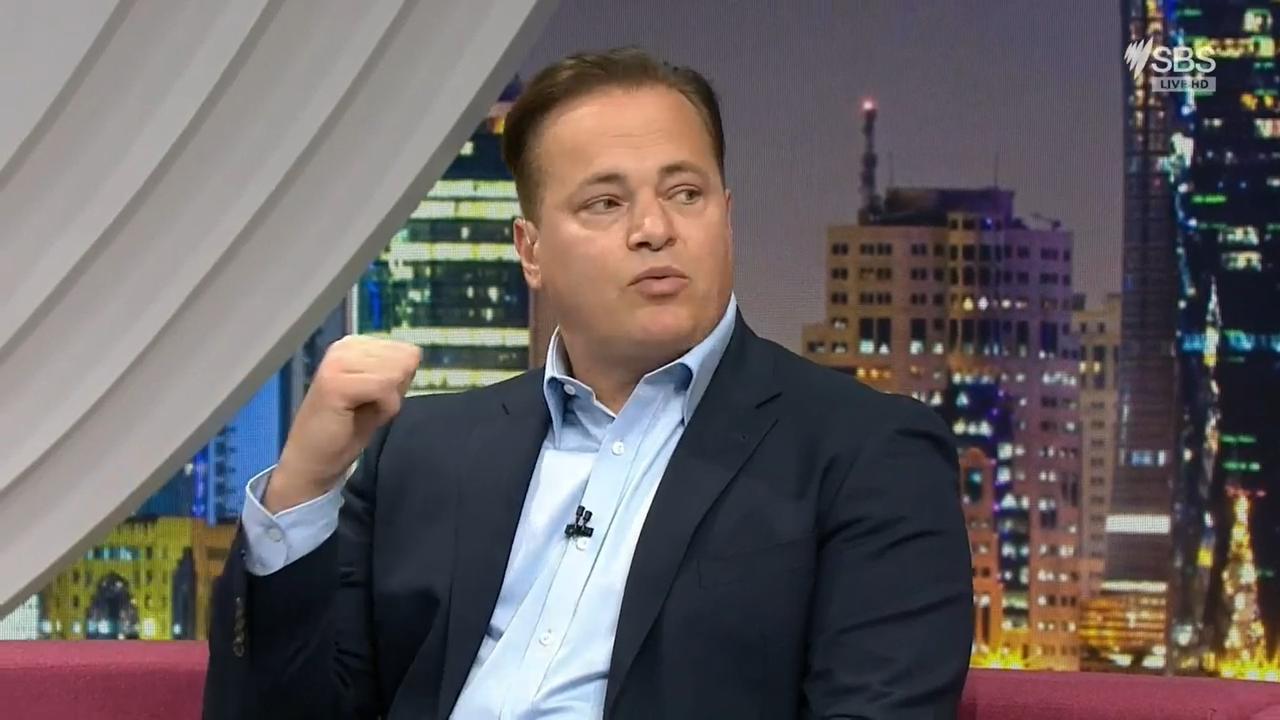 Mark Bosnich has turned a flamethrower on Australian football after the Socceroos were outclassed by France in their World Cup opener on Wednesday morning.

The manner of the defeat has led to an avalanche of criticism towards the Socceroos and coach Graham Arnold, but Bosnich says the finger of blame should be pointed elsewhere.

There are several factors that made the Socceroos’ task almost impossible – but most importantly, Arnold simply doesn’t have the cattle to take on the best in the world.

Australia has never got it right with its production line of young talent – something that is brutally exposed every four years.

It’s exactly what former Socceroos coach Ange Postecoglou warned about ahead of the 2018 World Cup in Russia and exactly what Socceroos legend Craig Foster said four years ago after Australia’s loss to Peru in Russia.

Four years later nothing has changed.

The important thing to remember is that Arnold and his players have a chance to fool us all and their campaign is alive and well, despite the 4-1 defeat to the reigning world champions.

Australia will then play Tunisia on Saturday night before meeting Denmark at 02:00 on Thursday 1 December in the final match in Group D. Two results could be enough for Australia to qualify for the group stage.

It would be the perfect way for Arnold to silence his critics after such a firestorm of condemnation for his tactics and style against France.

Australia’s failure to push up the field and pressure France was widely criticized by commentators after the game. With Australia sitting back and letting the star-studded French attack come their way, it was a disaster and the three-goal defeat could easily have turned into an embarrassing score had France finished off some other golden chances.

The most cutting criticism was directed at the manner of the defeat, with the Socceroos seemingly too shy to enter the match.

Australia only had 35 percent of possession and allowed France up to 44 hits in the penalty area. It wasn’t exactly the Australian way.

It’s not hard to see why, when Australia’s World Cup squad is valued at around $59 million and France’s squad is worth around $1.6 billion, according to TransferMarket.

Bosnich said the result exposes what Australia has learned little about its junior talent trajectories – compared to France’s own system of junior academies which underwent a major overhaul following the country’s failure to qualify for the 1990 World Cup.

“The biggest question is you see the result of people in France way back when they missed it in 1990 and sat down to create a huge plan.

“You can now see the results of that, you can see the difference in the class and the quality.

“That’s the biggest question here. What is Australian football going to do in the future to see our players like this one day.

“Five World Cup appearances all well and good, but what? But what? A last 16 place in over 100 years. So what are you going to do about that? That is the biggest question.”
Arnold performed a minor miracle, taking Australia to the World Cup final with what some refer to as the weakest Socceroos side in decades.

The lack of world-class players coming off the production line is exactly what Foster lamented four years ago when he said Australia had learned nothing from its 2014 World Cup campaign in Brazil.

“In my opinion, we haven’t learned from the last four years and we’ve come here and … according to the style of play, the guys have executed extremely well, but Australia is capable of more,” he said in 2018.

“Against Denmark we are capable of a lot more and the real problem for Australia is that if we had won this game and gone through… I would have preferred France to have won so we can feel more pain now.

“Otherwise it’s just another moment where everyone feels we’re almost there. We walk away. We dust off and learn very little or nothing, then move on to the next campaign.

The specter of Postecoglou and his brutal forecast looms as Australia struggled during the campaign opener on Wednesday.

However, there is also no denying that Australia’s problems run deeper than that – as Postecoglou made clear when he left the team for Russia 2018.

He famously said he wanted to play with an aggressive style that he believed could compete with the best teams in the world – but that philosophy was discarded by his replacement Bert van Marwijk on the eve of the 2018 World Cup.

Graham Arnold has worked tirelessly to bring an Australian identity back to the Socceroos program in the four years he’s been in charge – but the road ahead for Australian rules football seems unclear and a mixture of the two styles.

Postecoglou saw the result of Wednesday morning coming a mile away. He said in 2018: “In terms of development, I think we’re going backwards to be honest,” he said of his previous 11 years with Australian teams at various levels.

“Unfortunately, from my time as national coach, we are going backwards – we don’t see it as an investment, we see it as an expense. We just have too short-term thinking, there just aren’t enough people with a broader vision of how we can make Australia a force in world football.”

At the moment it is still about this World Cup or the next tournament, and eventually that will catch up with us. I think we will find it very difficult to compete in Asia. We are already having a hard time at youth and minor level.

“The challenge of qualifying for senior World Cups even in the future will become more difficult as more and more Asian countries put money into their youth, and we don’t. If anything, we’ll go the other way.