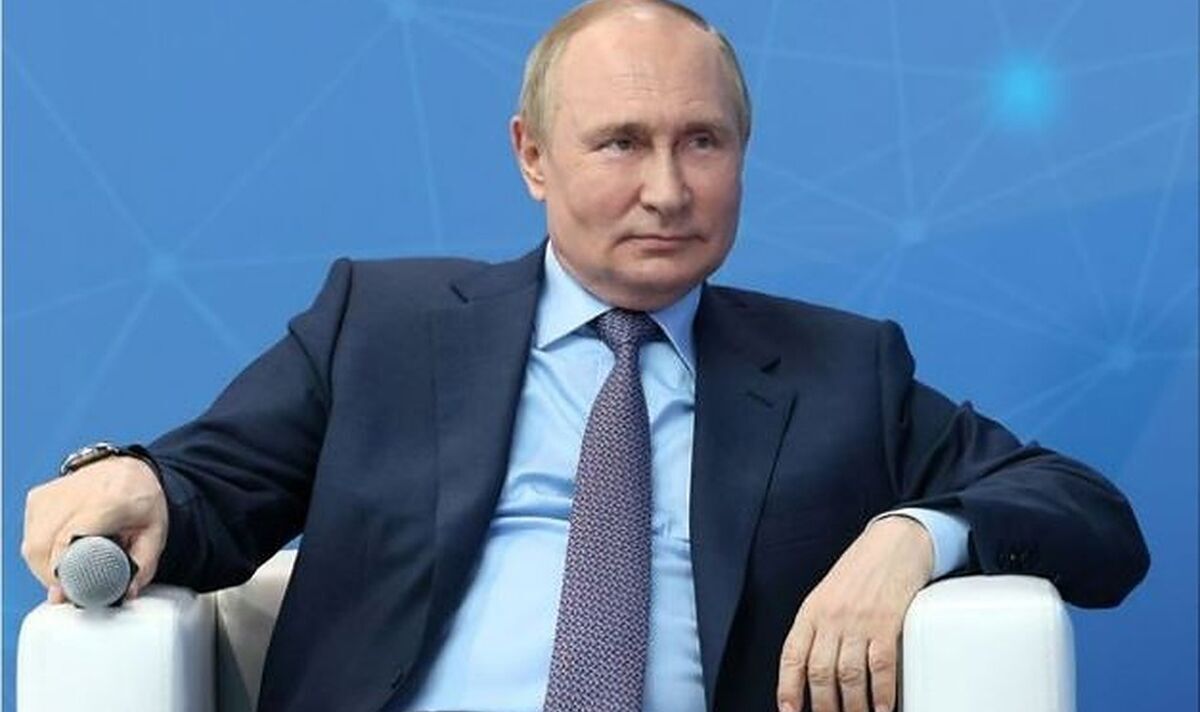 The Russian president was seen “slumped” in his chair and left his clothes “crooked” during his last public appearance, a body language expert said. Putin’s tie and shirt pointed in opposite directions as he sat down for a question-and-answer session at the St Petersburg International Economic Forum.

Putin, 69, leaned back in his chair and grinned as he spoke to young entrepreneurs and specialists at Thursday’s event.

Body language expert Judi James said the “smug” despot may have tried to look like a “celebrating victor” amid Ukraine’s ongoing war.

She told The Mirror: “For a man who is usually impeccably dressed, his pose has his tie askew and his shirt seems to be gaping between the buttons.

“At one point he seems to be aware of the way his stomach is in one direction and his tie in the other, pulling his tie over the front of his shirt even though he seems perfectly comfortable feel with this sign of disturbance.

“This style of smugness combined with humor and a relaxed pose seems to suggest that a man is finding irony or sarcasm in the current global state of tension and threat.”

Putin even compared himself to the 18th-century Russian autocrat Peter the Great – who conquered Swedish territory – in the “bizarre” public appearance.

“(He) holds the microphone in one hand like a stand-up and uses body language close to showboating, while speaking to an audience of young entrepreneurs.

READ MORE: Russians Shoot Each Other in Ukraine as Troops LEAVE Putin

“He works the audience, raising his eyebrows and even laughing out loud, using small nods of the head in a rotation to engage the young people in front of him.

“His casual bonhomie pose seems completely at odds with some of his comments.

“His left hand and arm are the ones gesturing, tapping and scything the air in a way that could offset speculation about his dangling left arm during other performances.”