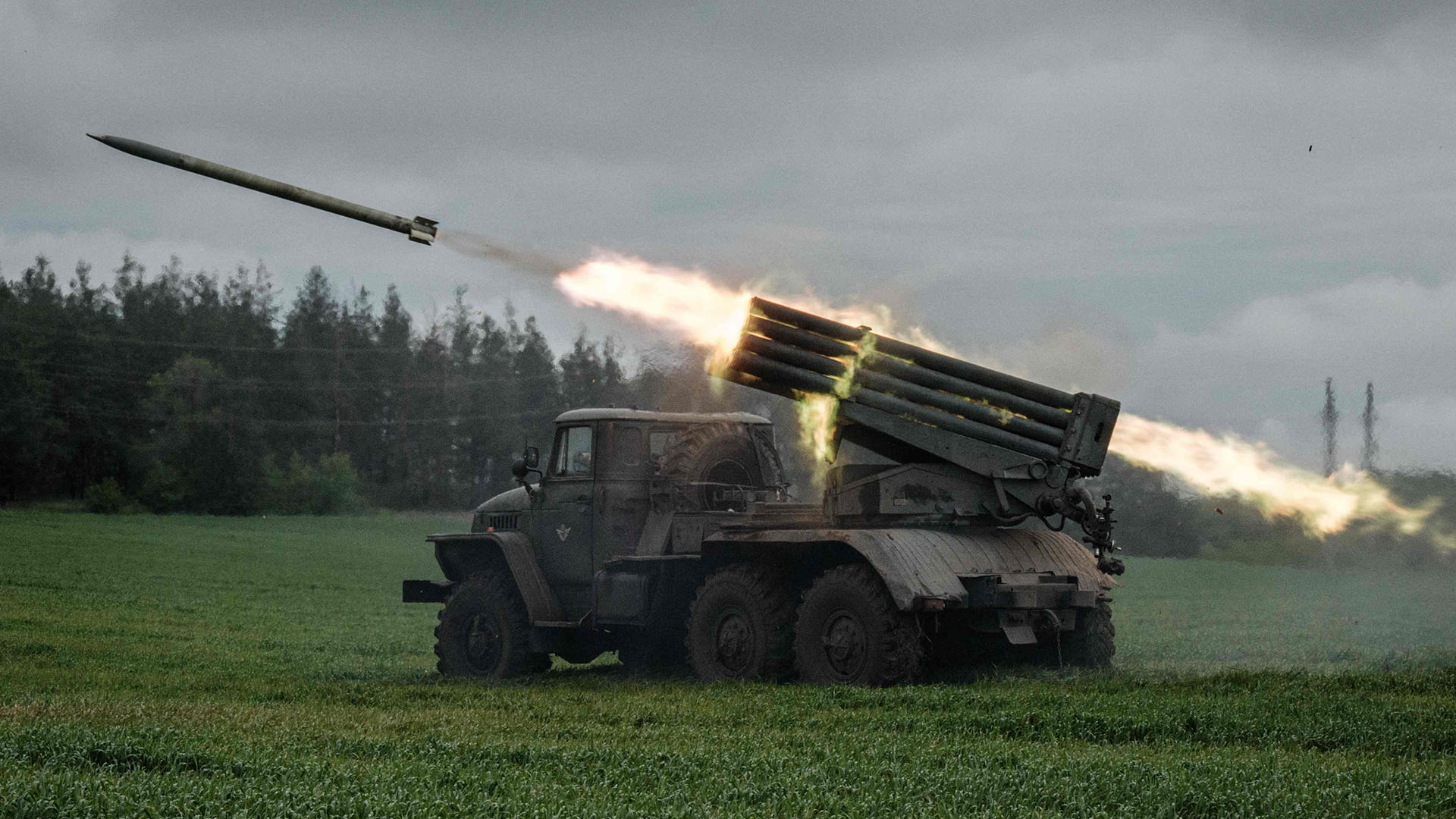 VLADIMIR Putin told Finland in a phone call yesterday not to join NATO as his accomplices warned that the Scandinavian nation could be destroyed by nuclear bombs in seconds – and Britain in less than two minutes.

Lavrov said on the 80th war day in Ukraine: “The collective West has announced an all-out hybrid war against us.

“It is difficult to predict how long this will all last, but it is clear that the consequences will be felt by everyone without exception.

“We have done everything we can to avoid a direct collision, but the challenge has been thrown at us – and we accept it.”

The warning came hours after a member of the Russian parliament warned that Putin’s 16,000 mph Satan-2 hypersonic nuclear missiles could destroy Britain in just 200 seconds.

Aleksey Zhuravlyov, 59, deputy chairman of the Russian Defense Commission, also questioned Finland’s “right to exist” if it sided with Russia’s enemies. He boasted that the Scandinavian nation — which has an 830-mile border with Russia and is just 400 miles from St. Petersburg — could be destroyed in ten seconds.

Zhuravlyov’s wild threats came as Russian President Putin was frustrated on another day of military setbacks in Ukraine and furious at the demonstration of Western unity against them.

Zhuravlyov said: “If Finland wants to join this bloc, then our goal is absolutely legitimate: to question the existence of this state. This is logical.

“If the United States threatens our state, it’s okay: Here’s Satan-2 for you, and there will be nuclear ash from you if you think Russia shouldn’t exist. And Finland says it is one with the US. Well, get in line.

“The Finns should be grateful to Russia for their state, for the fact that Finland exists as a country.”

And Zhuravlyov warned Helsinki: “We can strike with a Satan-2 from Siberia and even reach the UK.

“And if we strike from Kaliningrad . † † the reach time of the hypersonic is 200 seconds – so go ahead, guys.

“At the Finnish border we will not have strategic weapons, but Kinzhal class – one that will reach Finland in 20 seconds or even ten seconds.”

US President Joe Biden made a joint call on Friday with Finnish leaders to support their NATO application – though Turkey has warned it could veto the move.

Russian officials responded with a storm of rhetoric, warning that the nuclear weapons would reduce the US to “nuclear ash” if America steps up its threat.

The horrifying escalation of the war of words came when Putin’s massacre in Ukraine claimed the lives of 227 children, injured 420 – and killed 27,200 Russian troops.

Ukrainian government sources added that 200 Russian planes had been shot down during the tyrant’s stumble. But the brave defenders yesterday announced plans to step up their incredible resistance by summoning a million civilians.

The mass mobilization was announced when analysts revealed that Putin’s army was advancing at just one kilometer per day instead of the expected 40 kilometers.

And defenders in the north and east actively drove the enemy forces back in pockets of heavy fighting along the front line. Ukrainian army chiefs yesterday claimed to have regained control of the main village of Bilohorivka in the conflict-torn enclave of Donetsk.

If Finland wants to join this bloc, then our goal is absolutely legitimate: to question the existence of this state. This is logical.

Success came after Ukrainians hammered Russian positions in Donetsk with 60 Grad missiles and 17 grenades in 30 minutes.

Fighting continued in Russian-occupied Kherson — where explosions were heard despite Putin announcing he would hold elections over fears of vote fraud. Meanwhile, the mystery grows over the fate of Putin’s Black Fleet leader, Admiral Igor Osipov, who has “not been seen alive” since the sinking of the warship Moskva a month ago.

There are now suspicions in Kiev that the commander was on board when it was hit by Ukrainian Neptune missiles.

Initially, Ukraine claimed the admiral was being held amid Putin’s anger over the sinking of the cruiser.

Other allegations were that he had been suspended. This was never confirmed by Russian officials who this week insisted he was at his “combat post” but “not in the mood” to face the public.

Osipov, 49, was noticeably absent from the Red Square Victory Day parade on Monday, which he would normally attend.

He was also nowhere to be seen at events related to Black Sea Fleet Day for the past week.

At an event on May 7, he was reported to be attending, only to have his name later removed.

The governor of Sevastopol in Russian-occupied Crimea, Mikhail Razvozhaev, said: “Our commander of the Black Sea Fleet, Admiral Igor Vladimirovich Osipov, is now at his combat post.

“Of course he’s not in the mood for social networking and congratulations, but I’m sure he and our people on the Black Sea feel our support.”

Osipov’s name has appeared as if he signed documents, but sources say he has not been seen “live” since the Black Sea Fleet flagship was sunk on April 14.