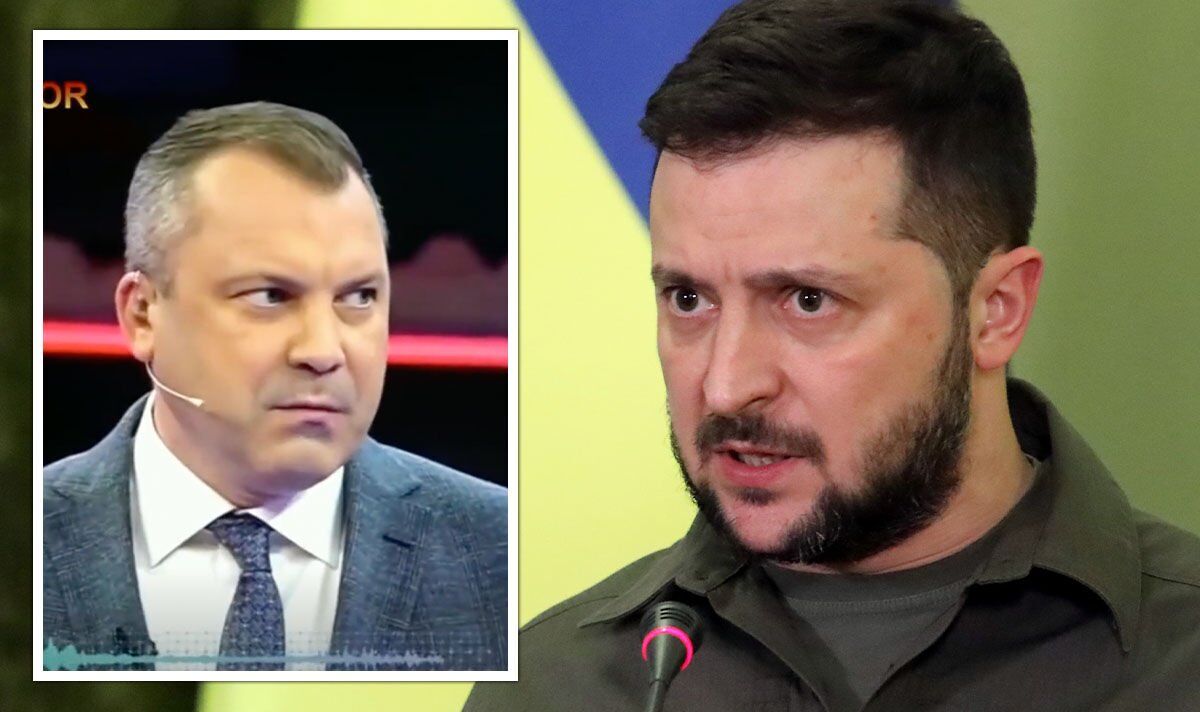 Prominent Russian state broadcaster and propagandist Yevgeny Popov claims that Ukraine along with NATO and the West have “destroyed” Russia since the outbreak of war in the war-torn region of Donbas in 2014 – a story and a worldview shared by Vladimir Putin and his allies to justify the invasion of Ukraine. In a televised address to the Russian people, Vladimir Putin said NATO’s eastward expansion had made the situation “worse and more dangerous” for Russia, calling it “unacceptable” and prompting him to launch a full-scale military invasion of Ukraine.

Joining the chorus of propagandists’ voices to denounce NATO’s expansion, Mr Popov told BBC Sounds: “You have destroyed my country where I was born.

When asked ‘how’, he replied in between chuckles: ‘How?!

“You ask me: how?! I live in an amazing country that was previously the greatest power in the world, with an excellent education system, an excellent health system, excellent.

“I’m not an old man, but I still remember. But now my country is divided into fifteen or sixteen camps, right? And of course you did.”

“Of course military intervention or war – whatever you call it – is a tragedy for many, many families,” Popov said.

“But Ukraine and Ukrainian allies, who were also in the east, have been threatening the Russians for the past 12 years to move NATO to our borders to cancel our culture.

“They bullied us for years.”

Mr Popov refers to the Donbas War, which broke out in 2014 after Russia-backed separatist groups attempted to seize government buildings in the Donbas region in March of that year. Ukraine responded to the attacks by launching a military counter-offensive in April 2014. The war has raged ever since and has now expanded to other parts of the country with Putin’s invasion of Ukraine in late February.

READ MORE: Putin Received Dismal Warning As Russian Tanks Blow Up One By One

Three weeks after Russia’s invasion of Ukraine, the International Court of Justice (ICJ) in The Hague said it had seen no evidence to support the Kremlin’s justification for the war that Ukraine committed genocide against Russian-speakers in the east of the country.

On hearing the statement, Mr Popov laughed it off and said: “I have seen it with my own eyes, with my own eyes. I have often seen Ukrainian troops bombing Ukrainian regions. They were huge military operations in 2014, in 2015, even in 2016.

“And as you recall, there was a Minsk agreement signed by Ukrainian, French and German parties.”

In 2014, France and Germany acted as mediators to end the war in the Donbas with a series of international agreements prepared and signed by Russia, Ukraine and the Organization for Security and Cooperation in Europe (OSCE). The repeated attempts to bring about a ceasefire failed to stop the fighting in the region and was followed by another failed accord.

“That’s why I blame the western world and the Ukrainian power in this war.”