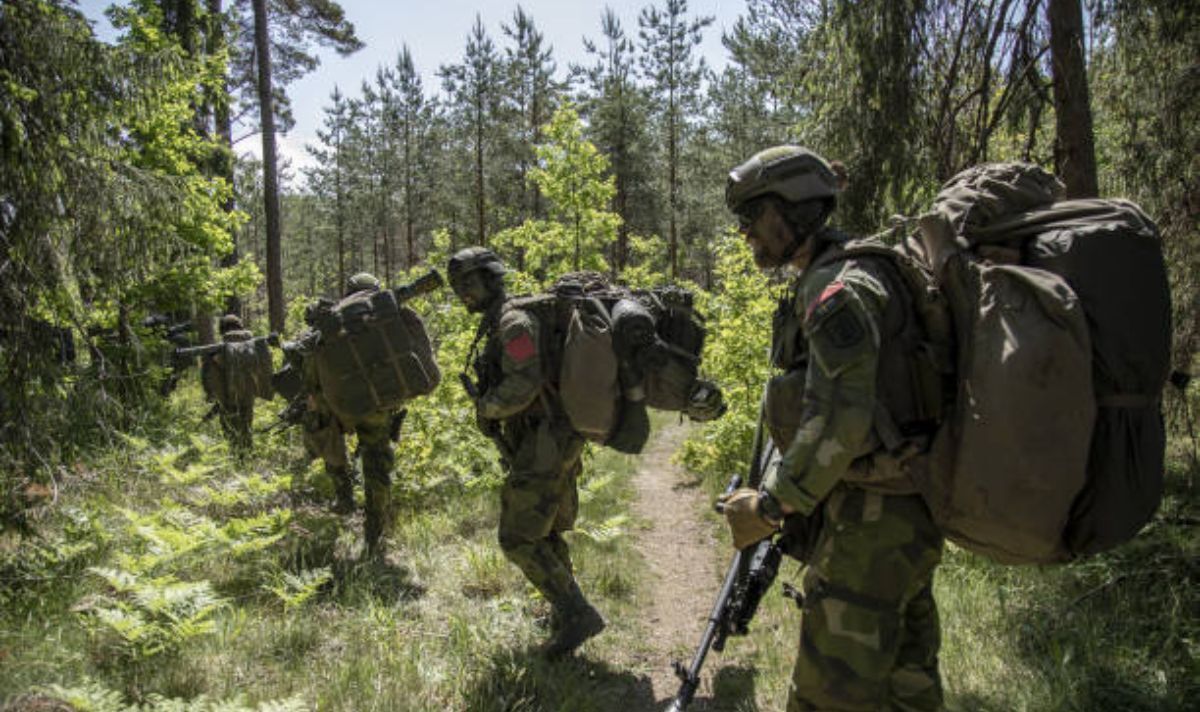 Jets pretending to be hostile flew over Poland and the Baltic states as part of the demonstration, as fears continue to grow that the war in Ukraine could spill over into NATO territory.

Defense ministers from the “Northern Group” of countries, including the UK, met in Iceland to discuss the ongoing crisis.

Icelandic Foreign Minister Thordis Gylfadottir warned those in attendance to prepare for the worst case scenario when it comes to Putin’s intentions.

She said: “The threat of direct military aggression against a NATO country can no longer be ruled out.”

About 30,000 NATO troops are expected to participate in the exercises from 17 allied countries. The British contribution includes 100 soldiers from the 7th Air Defense Group, based in Amari in Estonia and Ustka in Poland.

Allied Air Command Commander General Jeffrey Harrigian said: “Given the current security situation following the Russian invasion of Ukraine, large-scale training exercises like this are now more important than ever for NATO.”

Defense Secretary Ben Wallace added that it was important for NATO to be “very wary” of Moscow for their disregard for the independence of Estonia, Latvia and Lithuania.

He added: “He doesn’t feel any compulsion to break people’s boundaries.

“Whether he would be stupid or foolish enough to openly do that with a cruise missile remains to be seen, but he would then be dealing with NATO.”

He continued: “Occupying people who don’t want to be occupied is not easy. The Nazis learned that all over Europe.”

Russia has now been accused of stealing grain from Ukraine for resale as President Zelensky has called for more anti-ship missiles to protect ships carrying grain from the Black Sea.

The invasion of Ukraine has affected food supplies to countries around the world as the country exports more than 40 million tons of grain per year.